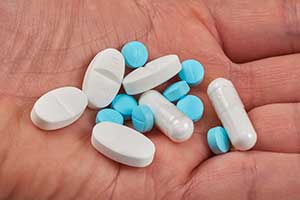 Three employees of the Kern Valley Healthcare District’s skilled nursing facility have plead not guilty to multiple felony counts of elder abuse causing harm or death.  The instances of nursing home abuse allegedly occurred between August 2006 and January 2007 when the employees intentionally over-medicated residents with anti-psychotic drugs at Kern Valley to keep them quiet and make them easier to handle.

The California Attorney General filed a criminal complaint against the three workers following an investigation into the matter.  The investigation revealed: 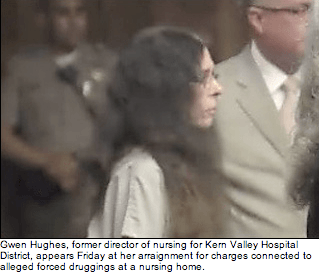 In the course of the Attorney General’s investigation, nurses at the facility related how the over-drugging of residents began after Hughes was hired.  According to nurses at the facility, Hughes ordered the psychotropic medications (Depacote, Zyprexa, Resperidol and Seroquel ) be administered to residents who were ‘acting up’.

Hughes has a track record of using medication to control the behavior of residents.  In 1999 she was fired from a Fresno, CA nursing home after the state cited the facility for over-medicating patients.

The nursing home workers are due back in criminal court on April 23.  If convicted, each face up to 11 years in prison.

Who is to blame for this situation?

Perhaps most disheartening part of this situation is the fact that this alleged mistreatment of residents at the facility over a fairly long period and in ‘plain sight’.  Many nursing home employees and administrators likely witnessed the abuse of nursing home residents without any doing a thing.  The administrators should be ashamed of themselves for allowing a culture of abusive behavior to take place in the presence of health professionals.

Pile On The Medication