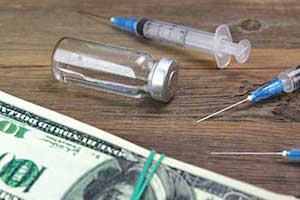 Most nursing facilities provide various services to their residents. Skilled nursing homes help residents with activities of daily life based on the residents' needs.

The personal injury attorneys at Nursing Home Law Center LLC can help you with medical malpractice cases against nursing homes. Our legal team is well-versed in comprehensive negligence laws and how they apply to nursing centers, rehab facilities, and assisted-living homes.

Did your loved one's nursing home fail to provide the appropriate medical care, leading to elder abuse are medical malpractice? Let us review your case to determine the extent of your damages and file a claim or lawsuit on your behalf.

Can I Sue a Nursing Home for Malpractice?

What Are the Four Elements of a Medical Malpractice Claim?

To win a medical malpractice claim in a court of law, the victim, or their attorney, must prove the four elements of the case. The physician, medical team, our nursing staff negligently rendered care resulting in negligence.

The case would involve:

What Is an Example of Malpractice in Nursing?

Nurses facing a malpractice allegation likely failed to perform their required duties that might include:

Why Is Malpractice Important in Nursing?

Healthcare professionals might be negligent in their actions toward patients without any intent to harm. Nursing malpractice is usually defined as a preventable event by the nursing staff that could have been avoided by an effort to provide an established standard of care.

Nursing malpractice harms patients when the staff fails to administer the right medication, type, or dose or take other actions when necessary to ensure the patient's well-being. Typically, the doctor, nurse, or certified nursing assistant could be held legally responsible for malpractice, as could the nursing facility that hired, supervised, and monitored the nursing staff.

What Is the Difference Between Clinical and Medical Negligence?

Negligence occurring in a nursing home setting refers to mistakes or errors that were unintentional or caused by carelessness without any intent to harm. The difference between clinical and medical negligence refers to where the negligent act occurred.

Differentiating medical and clinical negligence could be crucial in successfully resolving a claim or lawsuit. A nursing home neglect attorney will build a case on the nurse or doctor's failure to provide appropriate treatment to the patient, leading to the victim's harm.

What Constitutes Malpractice in a Nursing Home?

Injured victims should seek financial compensation through a medical malpractice lawsuit filed against nursing professionals who failed to follow the established standard of care. For example, the patient might have been injured by the nurse's failure to follow appropriate fall procedures and not administer medications at the required time.

The nurse might not have checked the patient's vital signs or increase monitoring when required. Any reckless or negligent act by the nursing staff could be considered malpractice or neglect.

How to Prove a Medical Malpractice Case Against a Nursing Home

Below are some elements found in any negligence case.

The plaintiff must show how typical nursing facilities would have provided mistake-free professional care based on an established standard of care. The negligent nursing home (defendant) failed to do so.

It is plausible to claim that nearly all legal actions against a health care facility, including pressure ulcers and other nursing home neglect cases, can be a medical malpractice case. Alternatively, the specifics of the medical care could be at issue in the legal proceedings.

For example, the physician could have missed a medical issue by failing to diagnose it and obtain the resident's proper treatment. Another example would be when the physician gives the resident treatment orders, but the staff fails to follow those orders in whole or in part when treating the resident.

Another example is when a caregiver fails to communicate changes in the resident's condition to the physician so the medical professional can diagnose and treat the condition.

Regulatory Standards for Medical Care to Patients in Nursing Homes

There are regulatory standards prescribed for the routine standard of care. Specifically, federal regulations mandate that a nursing center or assisted living facility follow the described Code of Federal Regulations when providing medical care.

This standard is that nursing homes "must provide services and activities to attain or maintain the highest practicable physical, mental, and psychosocial well-being of each resident following a written plan of care."

Of course, what constitutes a breach of the duty of care is a matter at issue in each case. There is even a section in the Code of Federal Regulations that gives some more specific guidelines for individual areas of care. For example, residents must be seen by a physician "at least once every thirty days for the first ninety days after admission, and at least once every sixty days thereafter."

At the visit, the physician must:

For example, the resident could have developed pressure ulcers that became severely infected. There might have been a medical error or the failure to provide the resident's appropriate medical care.

However, in other abuse cases, the medical error could be the primary cause of the resident's injury.

Below are some examples of successful lawsuits filed against nursing homes that involved a claim of medical malpractice.

The medical malpractice lawsuit was based on the facility's failure to administer the minor's anti-seizure medication as ordered, resulting in a seizure. The nursing home denied that the resident missed a dose of medication.

A punitive award of $4.5 million was included in the damages. For more information on California nursing homes, look here.

Jury verdict for $2 million in New York (2006) – An eloping resident left the nursing facility and was found a day later. While gone, the resident developed pneumonia and sepsis, which ultimately led to his death.

The medical malpractice allegedly occurred when doctors implanted a shunt to use for dialysis. However, the shunt created a pathway for bacteria to enter the child's body.

The resident's family also claimed that staff's medication error led to the child's congestive heart failure, which caused the resident to feel like he was drowning for the last eight days of his life. For more information on New York nursing homes, look here.

Settlement for $850,000 in Massachusetts (2011) – Physicians prescribed painkillers, leading to a resident's overdose and death. Specifically, the resident had been prescribed a combination of painkillers.

The plaintiff alleged that medical showed that the dose of two of these painkillers was excessive. At the same time, the resident did not receive the dosage of another required medication.

There was no autopsy to establish the cause of death, but the nursing home settled the case without admitting liability.

Settlement for $75,000 in Louisiana (2011) – The resident had suffered from multiple sclerosis and received specifically prescribed medication. The resident had fallen out of their wheelchair and, upon examination, the doctor noted sensitivity to a urinary tract infection and ordered tests.

The resident's husband advised staff members that he believed that his wife had a urinary tract infection and asked that she be taken to a hospital where she died from sepsis.

The lawsuit claimed that the nursing home staff failed to communicate changes in the resident's condition to the physicians. The nursing home stipulated that it committed malpractice and settled the claim.

Verdict for $28.5 million in Kentucky (2018) – The nursing home stroke victim and amputee developed nausea and dehydration. Although the resident was in obvious distress, he was not transported to a hospital for twenty-seven hours.

In other words, the nursing home allegedly failed to obtain the proper medical care for him. After a stay in the hospital where he was rehydrated, the resident fell when he was returned to the nursing home and broke his hip in three places.

The lawsuit alleged that the hospital intentionally did not transfer him to the hospital for reimbursement reasons. Included in the jury award was $25 million in punitive damages for willful and wanton conduct.

Were you, a family member, or a loved one harmed by nursing home negligence and abuse? If so, contact the abuse lawyers at the Nursing Home Law Center today to set up your free no-risk case consultation if you believe that a nursing home committed medical malpractice that injured your loved one.

We fight for the legal rights of families harmed by nursing homes. Our legal team will take every step necessary to help you receive fair financial compensation for the harm or wrongful death of your loved one.

Contact our law firm today at (888) 424-5757 (toll-free phone call) to speak with a real person, or through the contact form to schedule a free consultation. All discussions with our personal injury lawyers remain confidential through an attorney-client relationship.