Over the last couple of decades, there has been a sharp rise in the prominence of for-profit nursing home chains that has coincided with increased reports of nursing home abuse and neglect. According to the CDC, there are around 15,600 nursing homes throughout the United States serving 1.4 million residents and nearly 9 million patients receive some form of assisted short term or long term care every year.

The number of homes owned by for-profit businesses has nearly reached 70% and the nursing home negligence attorneys of Nursing Home Law Center LLC do not find it a coincidence that the saturation of the nursing field with corporations out for financial gain has resulted in an epidemic of abuse and neglect. 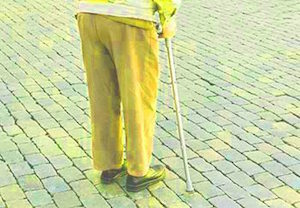 Common Nursing Home Injuries In the period from 2010 until the present day, there have been over 324,000 deficiencies reported for over 15,000 nursing facilities throughout the country. These deficiencies are classified by severity, with B class offenses considered as minor concerns and ranging to L class offenses, which are the most heinous and irresponsible. Over 90% of all nursing homes have at least one recorded deficiency in violation of federal regulations, meaning that the odds are extremely likely that your family member could be subject to some form of substandard care, even if the offense were minor.


Here is the number of deficiencies recorded over the last six years, by a class of offense.

Our nursing home negligence lawyers feel that the data above indicates the need to change the system in order to protect our home residents from the impact of reckless greed on their health and safety. In order to discourage negligent and abusive nursing facilities from ever committing the same offense again, we always aggressively pursue the maximum amount of financial compensation allowed by state or federal law on behalf of those who have suffered due to abuse, elder neglect or negligence. In many situations, episodes of neglect may give rise to a legal action to recover compensation for medical care, medical expenses and punitive damages from the facility.

Nursing Home Law Center LLC is a leading provider of award-winning legal services and has a special legal team dedicated to assisting clients who have loved ones who suffered abuse or injured due to home negligence in a skilled nursing facility setting. Contact us today to arrange a free consultation with one of our qualified and experienced nursing home abuse lawyers to learn more about your legal rights and legal options. If we are unable to secure compensation on your behalf, our services will be absolutely free of charge.