The Information You Need to Make Decisions That Matter
The Nursing Home Law Center is committed to providing the
legal resources necessary to hold negligent facilities accountable.
Learn More
Home
Nursing Home Abuse Settlements (How Much Is Your Case Worth?)
Nursing Home Bedsore Settlements & Claim Value 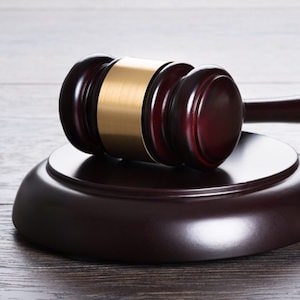 While a primary focus of the Nursing Home Law Center has always been to help with educating families about the prevention and treatment of pressure sores, there are circumstances when the negligent conduct of a medical facility—such as a nursing home or hospital—is responsible for the development of this condition.

In these circumstances, the law recognizes that an individual or family can pursue a case for professional negligence against the entity and their employees. While the law varies based on the jurisdiction, most laws provide for the recovery of compensation related to: medical expenses, pain and suffering, loss of normal life and wrongful death.

Nursing Home Law Center LLC is committed to prosecuting bed sore cases involving the negligence of medical facilities. Our office has successfully prosecuted these cases in almost every state with the assistance of a network of colleagues who we have carefully screened for both their professionalism and results.

Below is a compilation of bed sore settlements and verdicts on cases our office has been involved with. While some of the facts in these cases may seem similar to a situation that you are facing, we would urge to refrain from making any direct comparisons, as there are far too many details that impact the outcome of a case to list here.

For additional information on how bed sore cases are valued, please look at our bed sore case valuation section here. If you believe that a bed sore has developed due to poor care in a nursing home, we invite you to contact our office for a free case review by completing the case intake form here.

Our client (63-year-old woman) was sent to a skilled nursing facility for rehabilitation following a hip replacement procedure. Despite specific orders for care of the surgical site wound, the nursing home staff failed to address and the wound became infected. She subsequently developed a bed sore on the hip opposite to the surgical site as the facility had her propped on the side while the treated the infection.

73-year-old man was admitted to a Chicago nursing home for a short-term stay to regain strength following an illness. The facility failed to create an implement a pressure sore prevention plan, which ultimately resulted in the man developing a stage four wound on his buttocks. When the man was ultimately taken to the emergency room, hospital staff initiated an elder abuse investigation due to the significance of the wound.

Wrongful death settlement awarded to the family of a woman (82) who suffered multiple medical complications during an admission to a nursing home in California. In addition to malnutrition and dehydration the woman developed advanced pressure ulcers on her heel and buttocks.

Medical malpractice settlement for a patient who was never treated for numerous bed sores despite the fact that nurses and physicians had ‘orders’ in his chart for the wounds to be treated and monitored. Confidential Our client was a 90-year-old at an assisted living facility. Even after numerous falls, the facility was adamant that they could care for the man. While recovering from a fall, the man developed a tunneling bed sore on his back, which required several surgeries and a lengthy hospitalization.

A nursing home patient who was left significantly immobilized following a stroke was allowed to sit in a wheelchair for the majority of his waking hours. The weight put so much pressure on the on his seat that a serious wound developed on the buttocks. The wound became infected and ultimately the man died from a systemic infection known as sepsis.

A pre-lawsuit settlement was achieved between a national nursing home chain and our clients. Our attorneys approached the facility when we presented them with two different medical charts, which indicated that entries were modified after the chart was requested, by our office. In addition to a report from a nurse, our office also utilized a forensic document examiner to substantiate the allegations of fraudulent charting. This case involved a South Carolina nursing facility.

A 75-year-old stroke patient developed bed sores on his buttocks and head while at a nursing facility for approximately eight months in Ohio. During his admission the facility documented his wounds, but failed to implement any interventions or notify his physician or family as they were obligated to do under the law.

This matter was resolved via a court-ordered mediation. Our client, the wife of a 91-year-old man, took her husband to a nursing home for a short-term stay when she fell ill and could not care for her at home. Despite the fact that this woman cared for her husband for years on her own—without a pressure sore, the man developed a sacral wound within 30 days of his admission. The state’s department of health investigated this matter and a substantial fine was also imposed.

Our office in conjunction with local counsel obtained this wrongful death settlement on behalf of a family of a stroke patient who acquired multiple pressure ulcers during a stay at a senior group home. The matter was resolved shortly after staff members acknowledged the facility was chronically under-staffed at their depositions.

A medical negligence lawsuit was resolved during litigation with a major research hospital in Pennsylvania when a 45-year-old patient developed a decubitus ulcer while recovering from a heart surgery. The wound required an extended hospitalization and rehabilitation. During the course of litigation, the records reflected that a special, pressure-relieving mattress was ordered on two separate occasions, yet it was never provided.

While recovering from a broken leg, the staff at a New York nursing home failed to follow medical orders and a pressure sore developed on the heel of our client. As the pressure sore advanced, no medical interventions were taken and the wound subsequently became infected which ultimately required an amputation.

A settlement was achieved with a nursing home for an 89-year-old woman who was admitted to a skilled nursing facility in Tennessee with a stage one pressure sore. The facility failed to comply with very specific orders related to pressure sore care and the wound eventually progressed to a stage four. Our client had to endure numerous surgical debridement procedures and antibiotics to help close the wound.

Our office was approached by the family of a paralyzed man who developed a pressure sore during a nursing home admission in Arkansas. Despite clear evidence that the wound developed at the facility, other law firms rejected the case based on the fact that the man was incapable of feeling any of the pain related to the wound or treatments. Despite these facts (along with the claim that he was at a heightened risk for pressure sores due to his physical condition) our office prosecuted the claim. The award was distributed to the man’s two adult children.

Even with very specific order to turn our client every two hours, the Wisconsin rehabilitation facility apparently made no effort to do so. During a twenty-one day stretch, there were no mentions of ‘turning’ the patient by staff at the facility. The facility further made no mention of a developing bed sore during that time. Both of these omissions were acknowledged by staff as being detrimental to our client’s recovery.

Do You Have a Question About a Nursing Home Bed Sore Case?

Attorneys at the Nursing Home Law Center LLC have assisted families get the compensation they are legally entitled to when negligent care results in a pressure sore. All of our cases are handled on a contingency fee basis—meaning there is never any out-of-pocket expense required. We have a team of nurses and physicians who are well versed at reviewing medical charts who can accurately assess the strengths and weaknesses in your case.

Our goal is to provide you with the best possible legal representation so you can get some closure with an episode of neglect. We invite you to speak to an experienced team of attorneys for a free case review by completing this on-line form.