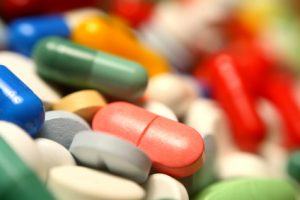 According to the AMDA (the American Medical Directors Association), studies suggest that adverse drug reactions (ADRs) are common amongst nursing home residents. Even more problematic is the fact that these problems are often attributed to other conditions or go unnoticed altogether. Many of the problems result because of drug interactions. In fact, less than 10% of all ADR are because of an allergic reaction that the patient has to an ingredient.

What are the Risk Factors Associated with the Elderly and Dangerous Drugs?

A number of different factors determine whether a nursing home resident is at risk of experiencing an adverse drug reaction. These include:

Even though elderly over 65 only comprise 15% of the U.S. population, they take approximately 33% of the prescription drugs in the nation. They are also far more likely to take multiple prescription medications than younger people are and age-related changes in both kidney function and metabolism may lead to adverse drug reactions.

Many of the following prescription drugs cause problems with alertness and thinking, especially amongst the elderly. Add in the fact that these drugs are far more likely to interfere with other prescription medications and you will understand why taking the following sedating drugs will likely increase the risk of falling for nursing home patients[G1].

As you can understand, with so many different types of dangerous drugs that may cause ADRs with the elderly, it can be next to impossible to narrow down specific adverse drug reactions. However, a brief overview could help save a life and help you identify possible issues.

Symptoms of mild ADR include:

Symptoms of severe ADR include:

What You Should Expect From the Nursing Home Staff

It is important that nursing home staff take the necessary precautions to ensure that its residents are not exposed to the dangers of a hazardous drug combination. It is not only important that the nursing home staff understand when ADR’s might occur, but is also trained to recognize ADR symptoms and knows what action is appropriate in that event.

Since nursing home patients are reliant upon nursing home staff and physicians for all of their medications, when a patient is harmed by a an adverse reaction or interaction between several drugs, it is almost uniformly the fault of the facility. Nursing Home Law Center LLC understands how susceptible nursing home patients are an will thoroughly investigate the circumstances to determine who the responsible parties are. Our attorneys will then fully prosecute the case to the fullest extent of the law. Together we can make a difference!