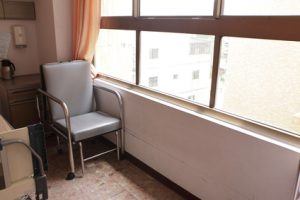 Many families choose to place a loved one in a nursing home because their cognitive decline makes ambulating around the house dangerous.

Their body or mind might be deteriorating from old age or dementia and require assistance when getting up and walking. However, when the nursing home allows the patient to walk about unsupervised, the staff's negligence could lead to falls.

Most patients need help getting around due to medical conditions. In most cases, that will require that the staff moves the resident at times. When staff members drop a nursing home resident using a gait belt or Hoyer lift, their negligence could lead to the victim's severe injuries like a subdural hematoma, fractures, or death.

Was your loved one injured when the staff dropped that during a transfer or improperly using a Hoyer lift? If so, the personal injury attorneys at Nursing Home Law Center LLC can hold the facility legally accountable.

The courts might order a negligent nursing home to compensate the family for paying for losses, including hospitalization costs, medical expenses, pain, and suffering. Contact our nursing home abuse attorneys for a free case evaluation.

Time is of the essence; you have a limited period to file a civil lawsuit or compensation claim before the statute of limitations expires. Let us resolve your case for compensatory and punitive damages based on the patient's condition when they suffered injuries.

What Should a Nurse Do If a Patient Falls?

A nursing home resident fall could cause catastrophic results that lead to severe injuries or death. What you do next after the resident falls could allow the victim to heal quicker from their injuries.

First, check the resident's blood pressure, pulse, and breathing. If they are unconscious or you cannot find a pulse, call 911 and begin cardiopulmonary resuscitation (CPR) immediately. Don't move the patient. Instead, evaluate their condition and identify broken bones, dislocated joints, bruises, scrapes, cuts, or a head concussion.

The patient might be confused, shaking, dizzy, or in pain. Wait for the emergency medical technicians (EMTs) to arrive before moving or lifting the patient from the floor.

How Are Patients Dropped at Nursing Homes?

Sadly, lack of supervision or insufficient staffing could result in a resident dropping to the floor. According to The Centers for Medicare and Medicaid Services, common falls and drops occur while the staff is:

Can I Sue a Nursing Home for Negligence?

According to the CDC (Centers for Disease Control and Prevention), nearly 2000 nursing home residents die every year in America from fall-related injuries. If you or a loved one were injured through negligence at a nursing facility, you have the legal right to file a civil lawsuit seeking financial compensation.

However, you will need to prove that the staff, administration, or facility was negligent or intentionally caused your injury, abuse, or neglect. Typically, cases involving mild to moderate injuries will resolve in a few months.

What Constitutes Neglect in a Nursing Home?

Abusing or neglecting caregiving patients continues to be a severe problem for the nursing home industry. Many neglected victims suffer from poor personal hygiene, unsanitary living conditions, physical issues caused by a lack of nutrition and hydration, and a lack of mobility.

Other residents have unexplained injuries, including head trauma, fractures, and bruising. Others have psychological issues caused by emotional abuse, psychosocial trauma, and financial exploitation.

What Are the 3 Most Common Complaints about Nursing Homes?

Many nursing home patients complain that the staff failed to seriously follow their Care Plan to maximize their health and well-being. Some nursing staff members disregard the residents' preferences, including what they eat, when they go to bed, or what clothes they like to wear.

Other residents claim that the nurses and certified nursing assistants do not provide necessary services due to a lack of caring or understaffing. Some abuse and neglect claims are based on the improper use of physical restraints that do not follow established protocols as mandated by the Centers for Medicare and Medicaid Services regulations.

Can I Sue a Nursing Home for Negligence?

Every nursing home neglect and abuse victim could file a civil lawsuit or compensation claim against the facility to recover damages. The victim might sue the facility and staff members for negligence, abuse, and wrongful death.

Nursing home residents will require assistance in changing settings at many different points of their day. From the moment they wake up, the staff will help them get safely from point to point. Some of the incidents where patients are dropped include:

Medicare and Medicaid require all healthcare professionals in a nursing home to receive adequate training before the staff member can work at the nursing facility. The staff must build resident's care plans with policies and procedures that state exactly how the patient will be moved.

Some residents require two staff members to move them to and from their wheelchair, whether it is because of the resident's weight or general frail condition. Other residents might require the use of a Hoyer lift, a device with a sling that lifts a resident or transfers them from a sitting to standing position.

These devices require specialized training and knowledge to operate. While in the Hoyer lift, residents must be carefully monitored. When misused, a malfunctioning life could gravely injure residents.

Why Nursing Home Residents are Dropped

According to the CDC (Centers for Disease Control and Prevention), nursing home facilities must follow established care standards to minimize potential hazards and nursing home negligence when moving or transporting patients.

Even so, residents are routinely dropped at nursing facilities, usually from negligence. Below are some of the ways medical negligence might occur when transferring residents, including:

Nurses and doctors dropping patients could lead to severe injuries, mostly when falling on hard surfaces, leading to devastating physical consequences like:

Was your family member or a loved one dropped at the nursing facility and suffered an injury? If so, they might be entitled to receive compensation to pay for ongoing medical treatments, hospitalization, and medical care.

Below are some examples of lawsuits, jury awards, and settlements in cases where a resident was dropped or fell during a transfer.

A Jury award of $1.8 million in Georgia (2018)- A Certified Nursing Assistant (CNA) dropped a resident while changing her bed linens. The CNA attempted to roll the resident using too much force while moving the sheets under the patient.

The woman rolled off the bed entirely and hit her head on the floor, causing a traumatic brain injury. The victim's medical records revealed she did not die immediately.

The jury did not find the facility responsible for the wrongful death but did identify the patient's injury. Jurors found that the Georgia nursing facility was liable for her pain-and-suffering and medical expenses before her death.

A Lawsuit filed in Virginia (2018)– The facility staff dropped the resident while using a Hoyer lift during a transfer. One Certified Nursing Assistant (CNA) operated the system alone, causing the resident to fall during the transfer, resulting in spinal compression fractures. The resident's Care Plan stated that two CNAs were to be used during a transfer.

The Virginia facility did not provide an acceptable standard of care by failing to transport her to a hospital. She died eight days later.

In the medical malpractice lawsuit, the family has alleged that the Hoyer lift accident was because two CNAs were necessary to move the resident instead of just one.

A Jury award in Iowa (2018)– Staff transferring a resident using a Hoyer lift caused her to fall and suffer multiple broken bones and a skull fracture. She died from her injuries. Her estate's malpractice attorney filed a wrongful death lawsuit alleging that the nursing home staff did not operate the lift correctly and fail to ensure that she was safe in the lift while being transferred.

The injury case claimed that the mere fact that a resident fell and suffered grave injuries while being transferred prove the allegations. While the Iowa health care facility attempted to shift the blame to the decedent, claiming that she fell because she leaned forward during the transfer, the jury found the nursing home liable.

The jury listened to expert witness testimony and awarded the woman's estate compensation paid by the facility's insurance company.

A Settlement in New York for $175,000 (2018)– The New York nursing home staff dropped a resident receiving medical attention for a total knee replacement during a transfer. The following incident led to a fracture and additional surgery, causing the resident additional pain and suffering.

The medical malpractice case was resolved for $175,000 to pay for the resident's medical bills and hospitalization costs.

A Settlement in Massachusetts for $3 million (2017)– A resident with quadriplegia required extensive help for all transfers. The home staff dropped the resident while using a transferring Hoyer lift, causing him to hit his head.

He suffered severe injuries, including massive head trauma, and later died from his injuries. The Massachusetts nursing home attempted to enforce the arbitration clause in the agreement that the resident's family had signed when they first entered the home.

However, the court found the defendant's response unconscionable, which led to a negotiated out-of-court settlement to resolve the case with the resident's surviving family members.

Has Your Loved One Been Injured When Dropped by Staff at a Nursing Home? Talk to an Attorney Now

The nursing home abuse attorneys at the Nursing Home Law Center can fight for your legal interests in the wake of an injury suffered by your loved one and help you try to obtain financial compensation.

We will fight vigorously to ensure that your case is both heard and presented in a compelling and detailed manner in a court of law. Contact our law firm today at (888) 424-5757 (toll-free phone call) and speak to a real person to schedule a free consultation.

Find out how we can help you recover compensation for a family member who has suffered an injury after getting dropped by staff.  All discussions with our law firm remain confidential through an attorney-client relationship.

Please do not send sensitive information to our personal injury lawyers through voicemail, email, or text message. Our attorneys follow social distancing guidelines to prevent the spread of Covid-19 (coronavirus).