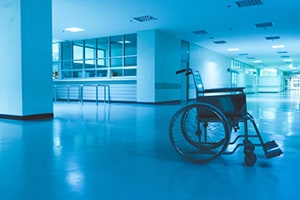 Nursing home caregivers provide a valuable service to the aging, disabled, and infirmed communities. However, there is often a fundamental conflict between the facility owner's interests and the resident’s/family's needs.

Many nursing home chains provide excellent care for their residents while still generating enormous profits for their owners.

Unfortunately, some corporate-owned facilities view any resident care service over and above the standard as cutting profits.

What Is an Example of Malpractice in Nursing?

Medical malpractice often involves physicians and surgeons, making errors that cause catastrophic results. However, nurse malpractice cases usually involve a mistake made by the nursing staff that could include:

Can You Sue a Nursing Home for Negligence?

Some examples of negligent lawsuits include:

Can You Sue a Nursing Home for Wrongful Death?

Surviving family members could file a civil lawsuit against the nursing staff, doctors, and nursing facility for any negligent or intentional act that led to their loved one's death. Survivors might recover damages through negotiated settlements and financial awards for their losses that could include:

How Long Does a Nursing Home Lawsuit Take?

Resolving a compensation claim or civil lawsuit could take upwards of two months or longer to resolve completely. Typically, nursing home neglect and abuse cases are settled out of court before a trial begins.

However, some defendants' insurance companies refuse to offer an acceptable settlement amount. In these cases, the plaintiff's attorneys will likely file a lawsuit against the defendant and present the evidence in front of a judge and jury.

These cases could take two years or longer to complete.

How Do You Prove Neglect?

The injured resident, or their attorney, will need to prove how the nursing staff was negligent, and their behavior led to the victim's injuries or wrongful death. The lawyer will show:

How Do You Deal with Nursing Home Problems?

Injured nursing home residents could mitigate their problems to maximize their health while staying at the facility. The rules of mitigation include:

According to the Centers for Disease Control, there are approximately 15,600 nursing homes in the United States, with a total of 1.7 million beds. In 2018, expenditures on long-term care reached approximately $234 billion. Nearly seventy percent of these nursing homes have for-profit ownership.

Approximately fifty-two percent of all skilled nursing facility beds belong to for-profit chains. The largest chains have experienced growth in recent years as they have taken over failing smaller chains. In 2018, the top ten largest chains controlled a combined total of approximately 2,250 long-term care facilities. The number has grown since then.

For example, the number of consumer complaints about California homes has more than tripled in that timeframe from 1.1 complaints against each home to five annually. On a state-by-state basis, there has been an increase in the number of complaints filed in thirty-three of the fifty states.

The centers for Medicare and Medicaid Services (CMS) revealed several disturbing trends in resident care facilities. One of these trends is an increase in private equity ownership of for-profit facilities.

While there is nothing that makes these transactions illegal, the practical impact could have harmful consequences for elderly residents and their families. When these transactions occur, the nursing facility owners seem to answer first to the investors and second to the residents' needs.

In this context, the corporate chains engage in transactions with related parties designed to increase profits for the investors. At the same time, the related companies they operate claim that they are experiencing financial difficulties.

Privately-owned for-profit facilities and corporate chains are often accused of cutting back staffing to enhance their profits. Adequate staffing is at the heart of operating a nursing facility since facilities must provide help for those who cannot help themselves.

Numerous negligence lawsuits against facilities for abusing and neglecting residents could have been avoided had the corporate owners ensured enough staff was available to provide care. Instead, some corporately owned facility chains consciously try to keep staffing to a bare minimum to inflate their profits.

Some states have tried to increase the minimum staffing levels required but have experienced fierce pushback from the for-profit chains. There have been several class-action lawsuits against long-term care facilities for inadequate staffing, especially in California.

The study found that non-profit and government-owned homes had far higher staffing levels than homes owned by large chains. Staffing levels tend to be predictive of several other vital issues, including the number of deficiencies that each home has on its inspections and the health of the residents.

The study also found that the number of deficiencies in nursing home chains that were purchased by private equity funds increased after the transaction.

The Centers for Medicare and Medicaid Services (Medicare.gov), under the guidance of the US Department of Health and Human Services, regulates nursing homes and assisted living centers for the federal government. The leading senior living facilities throughout the United States include:

Low staffing levels flow through to several areas that affect the resident's daily life and overall health. Each of these areas has been the subject of lawsuits against the facility.

For example, bedsores are one of the most common grounds in negligence lawsuits against rehabilitation centers. Pressure sores (bedsores, pressure wounds, pressure ulcers, decubitus ulcers) occur when staff members leave residents in one position for too long.

The nursing assistants should shift the position of residents diagnosed at high risk for pressure ulcers at least one time every two hours. Immobilization longer than two hours could cause the skin to break down.

When nursing chains do not have enough staff, nobody can move the residents, resulting in higher incidents of pressure ulcers. Also, corporate facilities that are understaffed experience falls by their residents at a higher rate.

There have been lawsuits against nursing homes that have alleged that understaffed homes have attempted to move residents with one CNA as opposed to the two that were required by the resident's care orders.

There have been other lawsuits against nursing homes alleging that residents suffered the injury when their call light was ignored and tried to move when they were unable.

Further, understaffed nursing homes tend to make mistakes in other areas, such as the resident's care. Sometimes, this means that nursing homes fail to follow physician's orders for medical care.

Other times, it means that residents are at higher risk of infection because showers are not given, and catheters are not changed. While better staffing protocols do not prevent all errors and omissions, there is a correlation between adequately staffed homes and homes that are fully compliant with nursing home regulations.

Do You Suspect Nursing Home Abuse in a Corporately Owned Chain? Speak with an Attorney Now

When your loved one has suffered an injury at a nursing home due to problems such as these, you do not merely have to accept it and move on. You could retain a lawyer and file a compensation claim against the for-profit nursing home, primarily when the injury suffered by your loved one occurred at a chronically understaffed facility.

You might be eligible for financial compensation from the nursing home chain for the harm that your loved one has suffered. Contact our law firm today at (888) 424-5757 (toll-free phone call) or through the contact form to schedule a free consultation.

Our attorneys follow social distancing guidelines to prevent the spread of Covid-19 (coronavirus).