Assisted living provides a different level of care challenges than do skilled nursing facilities. While, on the surface of things, the level of care necessary at assisted living facilities may be less than nursing homes, there is still extensive attention necessary on the part of the residential facility. At the same time, the higher level of functioning by the residents of this facility and greater independence presents different risks to their well-being. While different standards may apply to the operators of these assisted living facilities, they can still be held legally liable for harm that befalls their residents.

The attorneys at the Nursing Home Law Center can help your family when your loved one has been injured at an assisted living facility. By speaking with you, we can help you establish whether the injury occurred as a result of the negligence of the nursing home. If this can be proven in court, or if the claim is strong enough, then your loved one or your family can be eligible to receive financial compensation for the injury. 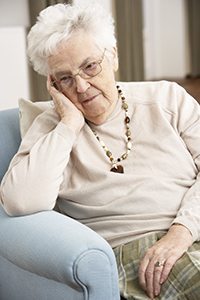 The level of care required and standards that must be followed are often not widely known. There is little to inform families about the quality of case at an assisted living facility before they select it as the residence for their loved one. At the same time, lawsuits after the fact are the only way for these facilities to be held accountable. They cannot be “shamed” in the same manner as a nursing home would be by the release of a scathing inspection report.

While the level of medical care required is lower than in nursing homes, assisted living facilities may still be negligent when a resident is injured. The term “assisted living” implies that there is some sort of assistance provided. When that assistance is not forthcoming, residents can suffer physical harm. Either a failure to obtain medical care for the resident or not providing the necessary level of supervision necessary can result in an injury to the resident. Although residents may be mobile and have higher cognitive abilities, it does not mean that the assisted living facility can simply leave them to their own devices.

Assisted living facilities can still suffer from the same shortages of staff that plague nursing homes. These companies are often for-profit entities that seek to maximize their profits. Sometimes, this comes at the expense of adequately staffing the facility. When this occurs, residents do not receive the necessary care.

Recently, there has been a precedent-setting lawsuit that has sought to apply the Americans with Disabilities Act to assisted living facilities. The legal theory is that in failing to provide adequate staff for these facilities, the operators are denying the disabled the full use of the facility. A judge recently ruled that the ADA does apply to assisted living facilities and now the lawsuit is proceeding on the merits.

Here are some of the common harms and injuries suffered by residents at assisted living facilities:

Jury Verdict for $1.5 million in New York (2012) – The resident fell and hit her head and suffered a decline in health that led to her death within a year. The family contended that the assisted living facility should have never admitted her in that she warranted a higher level of care. According to the family, the facility should have followed a higher medical standard of care and conducted an assessment of the resident and whether assisted living was a fit for her. The lawsuit also alleged that the facility should have monitored the woman’s condition and noticed a decline in her overall physical health.

Jury Verdict for $5 million in California (2017) – The resident was in an assisted living facility for those with dementia. She was wandering outside the facility unsupervised and she fell. She suffered fatal injuries in the fall. The resident had previously been injured in a fall and warranted a higher level of supervision. The family argued that the facility neglected the resident and it constituted elder abuse according to California law.

Jury Verdict for $19,708,263.11 in Texas (2005) – The resident was at an assisted living facility with a special care unit for those with Alzheimer’s. The resident wandered into another resident’s room and was brutally attacked, suffering cuts and bruises. Several weeks later, she was beaten again by another resident and hit her head in the confrontation. The resident became more lethargic and starting sleeping more often. By the time the family had insisted on further examination, the resident had severe head injuries and died shortly thereafter. The family’s lawsuit alleged that the assisted living facility did not adequately supervise the resident and prevent her from being beaten.

Settlement for $2 million in Massachusetts (2017) – The resident had dementia and was in a special memory care unit of the assisted living facility. The resident was wandering around the facility unsupervised. She end up on the second floor of the facility by a window, which she managed to open. The resident fell out of the window to her death. The nursing home knew that the resident had a tendency to wander and look for the exits.

Verdict for $11 million in Arizona (2009) – The resident was a 36-year old male. He suffered severe gastrointestinal damage when ingested various foreign objects. He died of an obstruction to the gastrointestinal tract. The family alleged that the facility made misrepresentations to them about the facility and the caregivers. The lawsuit claimed that the facility failed to provide adequate supervision and did not properly store the foreign objects. Included in the damages were $4 million of punitive damages. For more information on Arizona law, look here.

Verdict for $23 million in Washington (2019) – This is a rare case where an assisted living facility resident developed pressure ulcers. She checked out of the facility and died three months later. One of the factors that caused her death was the pressure ulcers. The lawsuit was brought in California even though the facility itself was located in Washington. California law allows for punitive damages against assisted living facilities, and most of this verdict consisted of punitive damages.

Has Your Loved One Been Injured in an Assisted Living Facility? Get Legal Help Now

The attorneys at the Nursing Home Law Center have many years of experience helping families of seniors who have been injured due to the negligence of operators of assisted living facilities. These companies do not have unfettered power to neglect their obligation to your loved one. Instead, the law can hold them accountable and we can help the law work for you. Call us today at (800) 726-9565 to schedule your completely free no-risk case assessment so we can begin to discuss how we can help your family.

View More ›
Case Valuation Center
Nursing Home
Negligence & Abuse
States We Serve
Nursing Home Law News - Assisted Living Facilities
Client Reviews
★★★★★
Jonathan did a great job helping my family navigate through a lengthy lawsuit involving my grandmother's death in a nursing home. Through every step of the case, Jonathan kept my family informed of the progression of the case. Although our case eventually settled at a mediation, I really was impressed at how well prepared Jonathan was to take the case to trial. Lisa
★★★★★
After I read Jonathan’s Nursing Home Blog, I decided to hire him to look into my wife’s treatment at a local nursing home. Jonathan did a great job explaining the process and the laws that apply to nursing homes. I immediately felt at ease and was glad to have him on my side. Though the lawsuit process was at times frustrating, Jonathan reassured me, particularly at my deposition. I really felt like Jonathan cared about my wife’s best interests, and I think that came across to the lawyers for the nursing home. Eric
View More
Submit a Law Firm Client Review