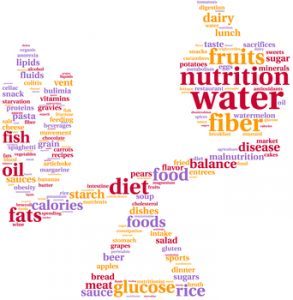 For various reasons, nursing home residents may suffer from malnutrition. Granted, staff often encounter challenges with feeding residents who have challenges with the activities of daily life. Some instances of lack of nutrition are not necessarily the fault of the facility. However, many cases of severe weight loss are a direct result of the negligence of the staff and are legally actionable. If your loved one has been a resident at a nursing facility and has suffered from starvation and you suspect that it is a result of negligence on the part of the facility, you need a malnutrition attorney to help vindicate the rights of your loved one.

You may need a nursing abuse lawyer to prove that the neglect that your loved one has experienced was caused by the actions, or more specifically the lack of action of the staff. The nursing facility will invariably claim that your loved one’s condition was caused by their declining health and refusal to eat. The network of affiliated attorneys at the NHLC has years of experience in dealing with these types of defenses that are raised by the medical facility. They can help you figure out what your neglect case may be worth.

How Prevalent is Malnutrition in Nursing Homes?

Some studies indicate that up to one in five home residents suffers from inadequate nutrition and hydration. There is a wide variance in the statistics when it comes to individual facilities as the rates may vary. Some of the variances can be attributed to the health of the residents at that particular home. However, that is not the entire story. Some homes do not provide the proper level of care for their residents and, as a result, their residents suffer from inadequate nutrition at a higher rate. The rate of malnutrition among seniors at nursing facilities is nearly double that for those seniors living at home.

What Must Nursing Staff Members Do to Prevent Malnutrition?

Nursing homes have an obligation to provide their elderly residents with an appropriate diet according to their needs. This means that they must give each resident three nutritious meals per day and proper hydration with no more than 14 hours between the first meal and the last meal. Some residents have difficulty swallowing due to their health issues. In that event, the facility must provide the resident with pureed food in order to give the senior the proper nutrition. Alternatively, there should be a staff member in the dining room to cut the resident’s food into small pieces.

Homes must have a dietician to handle matters relating to each resident’s diet and medical condition. In fact, federal regulations not only require that there be a dietician, but that the person also meets certain licensing and educational requirements. If the senior is losing weight and suffering from malnutrition that is something that must be monitored and reflected in that particular resident’s care plan.

In the event that a supplement is necessary, it should be given to the elderly patient. Medicare inspection reports for facilities often note instances in which a resident lost a certain percentage of their body weight as a violation of regulations. Regardless of the circumstances, a facility will be responsible from a regulatory perspective if their residents lose weight.

What Happens When Residents are Malnourished?

There are various side effects that go along with malnutrition. In general, when residents are receiving less nutrition, their health suffers and can develop health complications or even death. First, they can suffer from depression when they are not eating properly. Second, malnutrition will weaken their immune system and leave them more vulnerable to other illnesses.

Residents are more likely to contract infections when their immune system is weakened and their bodies are unable to fight them. Third, residents who weigh less will have weakened bones that will make them more susceptible to fractures. Finally, the lack of nutrition may affect their balance, making residents more likely to suffer injury in a fall.

In addition, malnourishment is a major contributor to pressure sores in residents. When a senior does not receive the proper nutrition, it leads to the skin becoming brittle. This breakdown in the skin will leave the resident more vulnerable to developing pressure ulcers if their position is not frequently shifted.

What Factors Contribute to Malnutrition?

Most long-term care facilities take compliance with their regulatory obligations seriously and have adequate support to ensure that residents receive the proper amount of nutrition. However, at some skilled nursing facilities, the staffing level is deliberately kept low in order to keep the profits as high as possible. It is when the staffing level is cut that residents begin to suffer from malnutrition even more than they would have otherwise.

Many instances in which elderly residents have become malnourished can be directly tied to a lack of adequate staffing at care homes. There have been documented instances in which a home had an entire dining room full of residents and only one or two certified nursing assistants (CNA's) present and helping residents. Other citations have noted the fact that CNA's were on their phone sending texts instead of helping the residents with their food as they should.

Oftentimes, malnutrition is one of many different facts in a negligence lawsuit that is blamed for the harm to the resident. In other words, a lawsuit may allege that an overall lack of care led to conditions such as pressure ulcers, malnutrition, and other accidents.

Malnourishment will often shock juries and may result in punitive damages against nursing facilities since a jury can obviously notice that something is wrong when a resident dramatically loses weight. Here are some lawsuits that have been filed for malnutrition. Many of these lawsuits have led to settlements of jury awards that have given financial compensation to families.

Jury Verdict for $3,000,000 in Arkansas (2000) – Malnourishment one was of the many factors in a fact pattern that described the shocking mistreatment of the resident. The resident did not receive the proper nutrition and suffered from many broken bones. In addition, there were numerous infections that led to leg amputations. The negligence lawsuit alleged that the skilled nursing facility did not properly investigate, hire and train their staff. The jury verdict included punitive damages of $2 million.

Jury Verdict for $2,300,000 in Texas (2002) – The resident suffered from pressure ulcers and severe malnutrition that ultimately led to the resident’s death. The family argued that the staff completely neglected the resident in basic areas of daily life, including hygiene and nutrition. The staff allegedly did not assist the resident in obtaining adequate nutrition and hydration. Included in the damages was a $2 million punitive damage award. The facility gave a low settlement offer to the plaintiff, which resulted in a trial. The jury needed only five hours of deliberations to find the facility liable.

Settlement for $525,000 in New York (2006) – The resident arrived at the skilled nursing facility in good nutritional shape, but began to experience issues after they moved to the home. The staff members allegedly did not communicate dietary issues to the family, nor did they conduct an assessment of what nutrition the resident was receiving from their meals. The resident lost significant weight, but the wrongful death lawsuit contended that the staff ignored the signs of malnutrition. The resident developed pressure ulcers that became infected as that was the cause of death.

Jury Verdict for $12,021,630 in Florida (2000) – The resident’s family alleged that the resident was attacked several times by other residents. From a nutritional perspective, the resident developed gastritis, but the facility allegedly did not take the proper measures to maintain adequate nutrition. The resident lost 41 pounds during their time at the facility, although the facts do not indicate what percentage of body weight that was. The resident died at a hospital of dehydration. Included in the verdict was $10 million of punitive damages against the facility.

Settlement for $95,000 in Michigan (2011) – The resident needed a high-protein diet in order to maintain proper nutrition. There was no consultation with a dietician to provide the resident with the necessary protein which led to malnourishment.

If your loved one was not given the proper amount of nutrition and became malnourished while under the care of a skilled nursing facility, you should get legal help as soon as possible. Specifically, you should call the network of affiliated attorneys at the NHLC to receive a free no-risk case assessment. During this initial consultation, you will share the facts of your potential case with the Nursing Home Law Center and we will tell you if we believe that you have a viable legal claim. Call us today at (800) 726-9565 to schedule your free consultation.

Nursing Home
Negligence & Abuse
States We Serve
Client Reviews
★★★★★
Jonathan did a great job helping my family navigate through a lengthy lawsuit involving my grandmother's death in a nursing home. Through every step of the case, Jonathan kept my family informed of the progression of the case. Although our case eventually settled at a mediation, I really was impressed at how well prepared Jonathan was to take the case to trial. Lisa
★★★★★
After I read Jonathan’s Nursing Home Blog, I decided to hire him to look into my wife’s treatment at a local nursing home. Jonathan did a great job explaining the process and the laws that apply to nursing homes. I immediately felt at ease and was glad to have him on my side. Though the lawsuit process was at times frustrating, Jonathan reassured me, particularly at my deposition. I really felt like Jonathan cared about my wife’s best interests, and I think that came across to the lawyers for the nursing home. Eric
View More
Submit a Law Firm Client Review