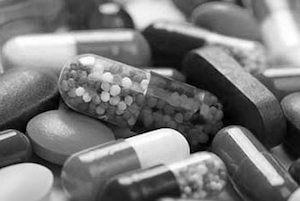 One of the major functions that nursing home staff will perform is administering prescription drugs to residents. It is intuitive that giving a resident their medication is not as simple as putting the pills in a cup and placing it in front of the resident. Seniors will likely have a number of medications that they are taking that are administered in different ways.

While some medication errors may not be considered life-threatening, in some instances, nursing homes will either give the prescription medication incorrectly or will give residents the wrong medicine. This negligence can cause serious injury and place their lives in danger. Even worse, skilled nursing facilities may entirely fail to give the medication to a resident, putting them in jeopardy in physical harm.

Medication mistakes that injure or kill nursing home residents are legally actionable. They may be evidence of the fact that the facility has been negligent. If you can prove that your family member suffered injury from a facility's error, you may be entitled to financial compensation. Legal counsel can help you make this showing since the facilities defense lawyers will either try to deny that they made a mistake or may claim that it was not their mistake that ultimately caused the resident’s injury. The network of affiliated lawyers at the NHLC can help.

What Constitutes an Adverse Drug Reaction?

According to the National Coordinating Council for Medication Error Reporting and Prevention, "a medication error is any preventable event that may cause or lead to inappropriate medication use or patient harm while the medication is in the control of the health care professional, patient, or consumer. Such events may be related to professional practice, health care products, procedures, and systems, including prescribing, order communication, product labeling, packaging, and nomenclature, compounding, dispensing, distribution, administration, education, monitoring, and use.”

As mentioned above, not all types of medication errors are the same. Federal regulations contemplate that homes may make minor errors in administering medications to their residents. Skilled nursing facilities will receive a health citation on their federal inspection if their medication complication rate exceeds five percent. This means that facilities that make occasional mistakes may not always be violating laws and regulations.

Here are some examples of minor errors that may fall within the five percent limit:

Here are some examples of serious errors that could lead to a health citation:

Dire Consequences of a Medication Negligence in an Elder Care Setting

Serious errors in the dispensation of medication can cause tremors, comas, confusion and other side effects. In a worst-case scenario, they can kill the resident. Alternatively, failure to prescribe or administer the proper medication can cause your loved one to suffer needless pain and suffering.

Most people do not realize exactly how many people die or are injured each year from medication complications. Approximately 1.5 million people in the United States suffer harm from prescription drug errors each year. It is estimated that 800,000 of those injuries occur in nursing facilities, where the residents are elderly or infirm. Nearly a quarter of a million Americans die each year from medical mistakes. While not all of these deaths are the result of negligence, they make up a large part of this overall total.

Why Drug Errors Happen So Frequently in Nursing Facilities

Two of the major contributors to the prevalence of drug errors in elder care facilities are staffing levels and training. Many homes, especially those owned by the largest chains, have been known to keep staffing levels low in order to maximize their profits. Some of these homes have their staff cut to dangerously low levels that do not allow them to provide the appropriate level of care. Administering medications is one of the more time-intensive tasks that nurses have, and it takes up a large part of their day.

Each medication run that a nurse makes can take between two and four hours, depending on how many residents must be helped and the effort needed to administer the medicine. In many instances, a medication error is a function of having too few nurses. Given that medications must be administered within a certain timeframe, overstretched nurses may be rushing to give elderly patients their medications within the required time.

Lack of staff member training may also be a contributing factor. Different states have varying requirements for who may be allowed to give patients medications. Some states require that nurses be the ones who administer the medicine. Other states allow other staff to perform the function, albeit under the supervision of a nurse. This is a task that must be performed correctly and mistakes cannot happen. In addition to staffing, facilities also minimize training levels sometimes in order to maximize profitability. Untrained CNAs or other staff may not have the necessary skills and abilities to adhere to the required level of precision for this task.

Jury Verdict for $1.4 million in Utah (2015) – A nurse gave the resident the wrong medication. Instead of calling attention to the error and helping ensure that the resident was treated for the effects of the improper medication, the facility concealed the fact that the mistake was made. The resident died from the mistake. Both the nurse and the facility were found responsible for the death and each party was apportioned some of the jury award to pay. When the nurse declared bankruptcy, the facility was ordered to pay the entire verdict.

Jury Verdict for $1.5 million in New York (2014) – A nurse accidentally gave the resident a fatal dose of morphine that they mixed into the resident’s applesauce. The prescription was that of another resident and it was mistakenly given to the decedent. The part of the home where this particular resident lived did not have an electronic medication monitoring system which may have been partly to blame for the error. The nurse had identified the president, who had dementia, by asking him if his name was that of the resident who was supposed to receive the morphine.

Settlement for $50,000 in Pennsylvania (2016) – The resident was supposed to be prescribed 5 mg daily of an antidepressant. Due to a clerical mistake, the elderly patient was prescribed 20 mg. After the resident returned to the facility from a hospital stay, his prescription was raised to 40 mg per day. The resident suffered from increased tremors, increased forgetfulness, blurred vision, mobility problems, weight loss, and attention, concentration and speech problems because of the medication.

Settlement for $375,000 in California (2010) – According to the negligence lawsuit, the plaintiff was given three doses of Risperdal, eight doses of Xanax, an injection of Haldol, an injection of Risperdal Consta, and seven doses of Ambien. The resident claimed that he was given these antipsychotic drugs against his will. As a result of the medication, the resident suffered from delirium and short-term paralysis. The resident required a one-month hospital stay in order to treat these conditions. California law requires that the physician must obtain informed consent from the resident before administering psychotropic medications.

Settlement for $850,000 in Illinois (2008) – The plaintiff was staying at the nursing facility while awaiting a liver transplant at a hospital. The lawsuit claims that a nurse at the facility mistakenly administered the resident’s roommate’s medication to him. This resulted in a hypoglycemic coma that caused the resident permanent brain damage. The lawsuit further alleged that the nurse failed to tell the resident’s physician of the medication error which would have resulted in more timely treatment.

Verdict for $15,000,000 in North Carolina (1991) – The care home intentionally withheld the resident’s prescribed morphine from him. Instead of giving him the medication necessary to ease his pain at the end of his life, the nursing facility staff administered a placebo, causing the dying resident pain and agony. The resident was supposed to be administered morphine every three to four hours but instead received no morphine for three days.

Is Your Loved One the Victim of a Medication Error? Get Legal Help Now

There is a strong chance that your loved one has experienced a medication error while living at a skilled nursing facility. You need a nursing home negligence lawyer who knows which medication errors are legally actionable and how to fight the nursing facility to recover compensation for your family. The affiliated network of attorneys at the Nursing Home Law Center has a track record of standing up to the nursing homes when they have harmed your loved one and are trying to escape the consequences. Call us today at (800) 726-9565 to schedule your free consultation where we can discuss the facts of your case and let you know if we think that you have a viable legal claim. Let us help your family get the justice that it deserves.

Nursing Home
Negligence & Abuse
States We Serve
Nursing Home Law News - Medication Errors
Client Reviews
★★★★★
Jonathan did a great job helping my family navigate through a lengthy lawsuit involving my grandmother's death in a nursing home. Through every step of the case, Jonathan kept my family informed of the progression of the case. Although our case eventually settled at a mediation, I really was impressed at how well prepared Jonathan was to take the case to trial. Lisa
★★★★★
After I read Jonathan’s Nursing Home Blog, I decided to hire him to look into my wife’s treatment at a local nursing home. Jonathan did a great job explaining the process and the laws that apply to nursing homes. I immediately felt at ease and was glad to have him on my side. Though the lawsuit process was at times frustrating, Jonathan reassured me, particularly at my deposition. I really felt like Jonathan cared about my wife’s best interests, and I think that came across to the lawyers for the nursing home. Eric
View More
Submit a Law Firm Client Review