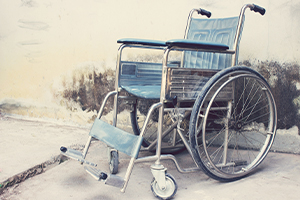 Now that the baby boomer population (those born between 1946 and 1964) is reaching retirement age, it is expected that there will be an increasing demand for quality healthcare throughout the country.

This has created a sharp rise in the prominence of for-profit nursing home chains that has coincided with increased reports of nursing home abuse and neglect.

Call our nursing home neglect attorneys at (800) 926-7565 (toll-free phone number) or use the contact form today to schedule a free case review. Let our law firm review the evidence and determine those legally responsible.

According to the CDC, there are around 15,600 nursing homes throughout the United States serving 1.4 million elderly residents. In addition, nearly 9 million patients receive some form of assisted short-term or long-term care every year.

The number of nursing homes owned by for-profit businesses has nearly reached 70%.

From 2016 until the present day, there have been over 324,000 deficiencies reported for over 15,000 nursing facilities throughout the country. These deficiencies are classified by severity, with B class offenses considered minor concerns and ranging to L class offenses, the most heinous and irresponsible.

Over 90% of all nursing homes have at least one recorded deficiency in violation of federal regulations. The odds are highly likely that your family members could be subject to substandard care, even if the offense was minor.

Here is the number of deficiencies recorded over the last six years by a class of offense.

Elder neglect occurs in many forms, including abandonment, where someone responsible for an elder's care deserts them, such as a family member, friend, or another individual.

In some cases, it's the adult children or other caregivers who have left an elder in the care of an assisted living facility and never return to check on them.

Nursing home neglect involves the failure of staff and other individuals to provide proper care in nursing home facilities. In some cases, nursing home neglect results from a staffing issue – that is – there are not enough staff to properly care for elderly residents. In other instances, it may be a lack of qualified professional staff.

In all cases, a nursing home resident must rely on the facility to ensure his needs are met. Any inadequate care or lack of attention could compromise his health and well-being.

Is Negligence a Form of Abuse?

Nursing home neglect can result in significant harm to a resident in many forms, including physical, sexual, and emotional abuse.

Psychological issues and neglect might result in emotional abuse when a caregiver uses threats and insults to create fear and anxiety in an older person.

Self-neglect occurs when an older adult loses their ability to perform self-care but does not get assistance or refuses it. Although self-neglect isn't as violent as others, such as physical abuse, it can be just as harmful.

Elder neglect is often difficult to prove, making it even more challenging for an older adult who has suffered abuse or neglect. In addition, they may struggle with chronic illnesses, memory loss, and other issues that limit their ability to communicate what happened.

For every reported case of nursing home elder abuse, approximately 57 cases are never reported. As a result, older adults who reside in nursing homes are at risk for nursing home neglect, which can cause physical and mental health harm.

One study found that only 5% of respondents had never experienced or witnessed neglect. In contrast, according to the National Center for Victims of Crime, 15.3% reported experiencing some mistreatment within the past year.

Many cases go unreported as 12% admitted they neglected elderly nursing home residents one time within a year, according to a 2020 survey from World Health Organization where employees were interviewed anonymously.

In an aging America, the number of people needing long-term care is rising. There were over 142,000 cases of nursing home neglect reported between 2015 to 2018, which includes individuals who resided in assisted living facilities and other personal care homes.

The figure represents about 3% of the 1.4 million people living in nursing homes, according to the Centers for Disease Control and Prevention (CDC).

These statistics represent a growing problem due to the rising elderly population. According to the U.S. Department of Health & Human Services, between 2000 and 2030, the number of people aged 65 years or older with a disability is predicted to double from an estimated 9.9 million to 19 million.

The most common types of serious injuries our nursing home injury lawyers encounter when serving clients whose injuries were due to nursing home abuse or neglect are listed below.

Neglecting residents may seem like an easy way to save on costs, but it can have grave consequences. Nursing homes have a duty to provide a certain level of care for their residents, and when they fail to do so, they can be held liable for neglecting residents resulting in injuries or illnesses.

Warning signs of nursing home neglect include injuries, bruises, pest infestation, soiled bedding and clothing, lack of supervision, and poor personal hygiene -- all of which are more likely to occur if the nursing home facility has a high number of staff vacancies.

Other signs that may suggest nursing home elder abuse or neglect include:

An unreasonable fear of people could indicate that something is wrong if the nursing home resident believes an abuser will retaliate if they speak up.

According to "the American Journal of Geriatric Psychiatry," the most common elder abuse reported in nursing homes is neglect. Unfortunately, nursing home abuse is too common in this country because of understaffing, lack of supervision, compromised safety measures, and a desire to cut costs.

Nursing home abuse is a serious issue that affects millions of elderly Americans every year. While there are many laws in place, including nursing home abuse and neglect laws, to help protect nursing home residents, more needs to be done to prevent these incidents from occurring in the first place.

One way to help curb nursing home abuse is to increase the number of nurses and nursing assistants working in these facilities.

The measure can ensure that residents are appropriately monitored and taken care of. In addition, it is essential to provide adequate training for all nursing staff so that they are aware of the warning signs of abuse and neglect.

Another way to prevent nursing home abuse and neglect is to create a more open and transparent reporting system involving reporting any suspected abuse or neglect to the appropriate authorities, such as the police.

Ensure that any cases of abuse or neglect are investigated promptly and that the perpetrators are held accountable.

It is crucial to raise awareness about nursing home neglect through public campaigns, education programs, and speaking with friends and family members about the issue.

By raising awareness, we can help ensure that more people know how to spot the signs of abuse and take appropriate action if they suspect something is wrong. Do not turn the other way; report nursing home neglect to the appropriate state or federal agency or 911 in case of a medical emergency.

Nursing Homes Failing in Their Duties

Nursing homes are supposed to provide care and support to seniors who need assistance with their daily living activities. Unfortunately, when these facilities fail in their duties, tragedy can occur for the many residents that depend on them.

The federal government has established minimum mandates that nursing homes must abide by as stipulated by the Centers for Medicare & Medicaid Services (CMS), including food preparation, housekeeping services, and personal care assistance.

According to Health and Human Services, nursing home neglect is preventable when there are sufficient staffing levels and qualifications.

Professional medical advice is necessary to ensure that the elderly person's needs are properly met.

Ironically professional medical advice may be something that nursing homes residents may never receive or get regularly due to inadequate staffing, and as a result, their health may deteriorate.

NAPSA is a non-profit organization that was founded in 1991. Its mission is to "promote the well-being of vulnerable adults through education, advocacy, and the provision of technical assistance to adult protective programs."

The HHS releases new guidelines that nursing homes must follow to protect their residents from neglect. The guidelines are in response to many elder abuse complaints and investigations that have been launched against nursing homes in recent years.

The National Center on Elder Abuse (NCEA) is a U.S. government program that focuses on preventing elder abuse, neglect, and exploitation. The NCEA was established in 1994 due to the Older Americans Act of 1965.

The National Center on Elder Abuse is administered by the Administration for Community Living, a division of HHS.

Nursing Home Law Center LLC is a leading provider of award-winning legal services. Our law firm has a special legal team dedicated to assisting clients who have loved ones who suffered nursing home neglect and abuse and were injured due to home negligence in a skilled assisted living facility setting.

Contact our attorneys today at (800) 926-7565 to arrange a free legal case review with one of our qualified and experienced nursing home abuse lawyers to learn more about your legal rights and options. If we cannot secure compensation on your behalf, our services will be free of charge.

All personal or confidential information you share with our legal team remains private through an attorney-client relationship.