The Information You Need to Make Decisions That Matter
The Nursing Home Law Center is committed to providing the
legal resources necessary to hold negligent facilities accountable.
Learn More
Home
Nursing Home Lawsuit Settlements
How Much is a Nursing Home Bed Sore Case Worth?

How Much is a Nursing Home Bed Sore Case Worth?

Victims of neglect, abuse, or mistreatment can file a civil lawsuit if they develop a preventable pressure sore or bed sore while residing in a nursing home. In addition, surviving spouses, children, and grandchildren who lost a loved one from a fatal pressure ulcer can seek monetary recovery from all negligent parties.

Call our affiliate bedsore injury lawyers at (800) 926-7565 (toll-free phone number) or use the contact form today to schedule a free consultation to discuss how much your nursing home bed sore lawsuit is worth.

The Steps to Determining Bedsore Cases Worth With Nursing Home Neglect

Pressure ulcer lawyers must determine if a particular case is worth pursuing due to the severity and complexity of the injuries. The lawyer will interview the client, request medical records from doctors, and calculate the need for future rehabilitation to determine how much money the case is worth.

In some cases, filing a claim against the nursing home is not worth pursuing monetary recovery because there is insufficient evidence or little worth. However, if the case moves forward, the attorney will begin building their case by gathering evidence, reviewing medical records, and interviewing witnesses.

According to data, possibly 95% of all cases involving nursing home bed sore injuries and fatalities in medical malpractice claims settle out of court. Typically, cases that go to trial result when the defendant or their insurance company fails to make a good faith offer based on the personal injury case's worth.

Typically, these cases involve evidence where the patient was left unattended without treatment before being found to develop bedsores.

A recent study found that nursing home bedsores are worth over $200,000 in medical costs and lost wages. The average cost of a hospital stay for an injury victim is about $50,000. Each bed sore case is unique, so there is no average bedsore settlement.

It's not surprising then that these numbers add up quickly, with the average lifetime cost for victims of nursing home bedsores being $260,000. However, that number can be significantly higher, with multiple million dollars when elder abuse and permanent disabilities are involved.

It's important to note that these are the average numbers. The actual compensation awarded for a nursing home bed sore case can be much higher or lower depending on the specifics of the particular case.

Developing pressure wounds in nursing homes are avoidable injuries that should never happen. Yet, unfortunately, nursing home abuse and neglect across America are not uncommon occurrences.

According to the Centers for Medicare and Medicaid Services (CMS), developing bedsores in a nursing home and caregiving facilities is considered a ‘never event.’ In other words, the facility must contact the patient's family within one hour of discovering pressure ulcers or bed sores.

For years, Medicare has refused to pay nursing homes and assisted living facilities when billed for treatment and care for facility-acquired bedsores. As a result, federal and state surveyors often investigate many of these cases, ending in citations and monetary penalties citing the violation.

In some cases, nursing homes have been found to delay contacting the family for days or longer after a bedsore injury occurs – exposing nursing home patients to serious injury and additional pain and suffering.

The victim's family can hold the nursing homes liable in a bed sore lawsuit after their loved one developed bed sores caused by negligence. Many potential plaintiffs want to know the value of a bed sores case. As with many other kinds of cases, it depends on specifics, facts, and evidence.

What are Bed Sores?

Bed sores are wounds that develop from continued pressure on the part of the body. The pressure cuts off blood flow to that body part, and the skin and tissue begin to die.

Usually, healthy people avoid pressure ulcers or serious infections because they move around, and no single part of their body is subject to such pressure for very long. Even when we sleep at night, we turn and roll over, preventing any one part of our body from bearing the brunt of the pressure.

Skin sores (pressure wounds, also known as decubitus ulcers or bed sores) can develop quickly when people can no longer care for themselves or a caretaker provides substandard care, leading to serious injuries.

There are specific points on the body where pressure sores are most likely to form, preventing blood flow and destroying the underlying muscle tissue and bone degeneration.

Common areas prone to average bedsore tend to have little fat, which can act as a cushion to reduce the pressure. These high-risk parts include:

Most people we meet and work with only seek us out after they or one of their loved ones has been involved in a traumatic and costly nursing home experience. Pressure ulcers are not the exception to this rule.

They induce significant pain and suffering, not to mention medical and other expenses. Therefore, lawsuits are a means to an end for victims. They are a chance to recover for what was unjustly taken from them. Thus, the question initially and often arises: how much will they recover from the nursing home or hospital where pressure ulcers or bed sores developed or progressed?

The circumstances of your particular bed sores case will dictate how much you will be compensated. Still, before discerning various factors that might produce substantial monetary recovery from a negligent medical facility, it is crucial to illuminate the specific nature of a pressure sore case.

What Kind of Case is a Bed Sore Lawsuit? 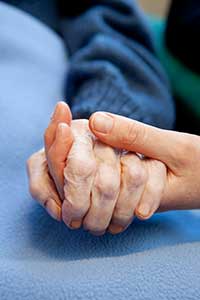 Generally, most bedsore lawsuits are actions for negligence against a skilled nursing facility where a wound developed, indicating that plaintiffs are alleging that the defendant or defendants did not act as a reasonable person or entity would have performed in similar circumstances.

However, plaintiffs (the victim who developed bed sores) must bring more to court than a tortfeasor to succeed in a negligence action. They must allege and prove four particular points of law.

What Sort of Damages is Recoverable in Pressure Sores Cases?

Injured nursing home residents could win compensation in an average bedsore settlement in four categories of damages. Your legally recognizable losses are called damages, and they can include but are not limited to the following things:

It is important to note that while economic damages are confined to the total, measurable expenses plaintiffs suffered, the other categories of compensation hold no such limits. Juries are afforded great flexibility in awarding bedsore settlements, often giving amounts far beyond the value of the economic loss.

How Much Will the Jury Award in a Medical Malpractice Case?

There is no set amount for jury awards in a case of bedsore neglect in medical malpractice cases. The economic damages will be limited to what the plaintiff can demonstrate was lost with proof of bills and past paychecks to prove lost income.

However, there is no definite limit for non-economic and punitive damages, except where the law indicates against a nursing home facility and the insurance company. Part of the award will depend on how severe the bedsore was. There are four categories of severity for bedsores: 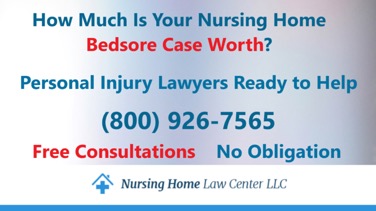 The severity of the nursing home bedsore can influence the jury to decide how much suffering the plaintiff has endured. In a wrongful death suit, the victim's age plays a role. Victims who lost more years of life will receive more damages to their estates.

In cases that go to trial, the pressure ulcer settlement is typically much higher when the wound is especially severe or life-threatening and requires medical attention in an emergency room.

What are the Differences in Bedsore Case Recoveries?

Many elements factor into the outcomes of bedsore cases, but some are more predictive of successful recovery than others. Here is a quick guide to help analyze your possible compensation:

How Long do I Have to Bring my Bedsore Lawsuit?

Generally, you have two years from being injured in a nursing home or care facility to bring your pressure ulcer case to court. Unfortunately, you must file your action before that time ends. However, some states do have an exception if you reasonably do not discover that you have a case.

In these circumstances, your two-year time window begins when you discover that you were injured and have a case or when you reasonably should have found that you had a case. 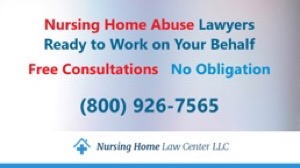 Hiring a bedsore lawsuit attorney specializing in wrongful death lawsuits is beneficial to the family's case to ensure maximum compensation for damages. Typically, these attorneys offer free consultations to any potential client.

During the free consultation, the lawyer will discuss the evidence, witness accounts, and the likelihood that the medical providers, the nursing facility, administrator, or others are likely legally accountable for injuries.

During a free consultation, all confidential or sensitive information you share with your bed sores attorney in cases remains private through an attorney-client relationship.

Nursing Home Law Center, LLC, is committed to helping families who have a loved one with preventable facility-acquired bedsores. Our affiliate attorneys have prosecuted hundreds of claims and lawsuits related to the development of bedsores and medical malpractice at a facility such as a nursing home, hospital, or assisted living facility.

Contingency “No Win, No Fee” Guarantee

Our affiliate personal injury lawyers accept all cases on a contingency fee basis where there is never a fee charged unless there is a recovery for you.

We invite you to discuss your bedsore lawsuit with an experienced attorney without any cost or obligation. Contact our affiliate attorneys at (800) 926-7565 (toll-free phone number) or use the contact form today for legal advice and to schedule a free consultation.