Nursing home errors are common occurrences across the United States. In some cases, the skilled nursing facility's failure to exercise the proper care or supervision could cost elderly residents their lives.

Did your family lose a loved one by nursing home negligence? If so, file a wrongful death lawsuit against the facility and receive financial compensation through a negotiated settlement or jury trial award. 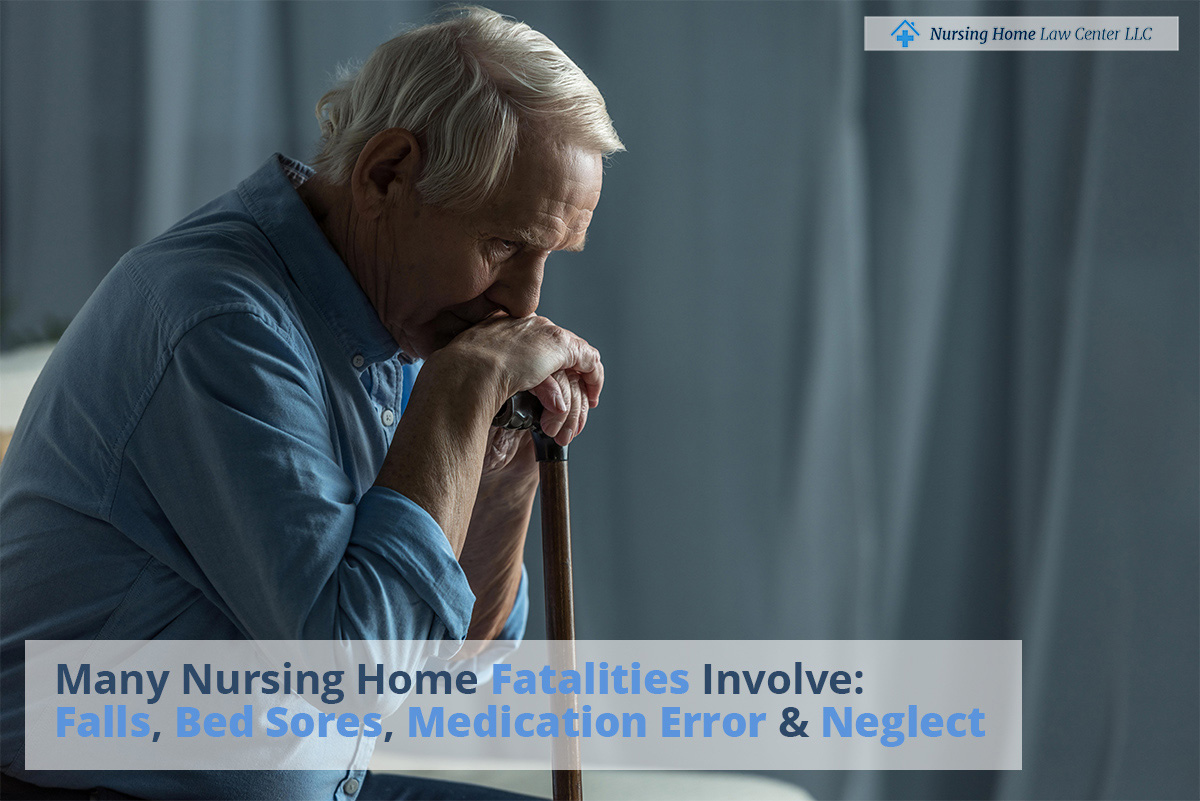 Each affiliated nursing home abuse lawyer in our organization is committed to seeking justice for your loss. From the time we are retained, we begin preparing a case for you to determine what happened and how the facility's negligence contributed to your loved one's death.

All of our nursing home wrongful death cases are handled on a contingency fee basis where we only receive a legal fee when we are successful in obtaining a recovery for you. You do not need to pay any fees or costs upfront.
Our wrongful death attorneys will be on your side to figure out what happened and seek compensation on your behalf. Contact us today to discuss legal advice through a free case evaluation. 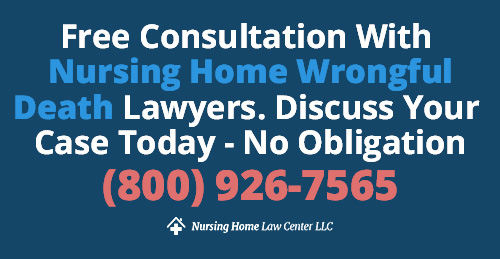 Wrongful death can result from various actions or inactions in the nursing home. The nursing facility could still be legally responsible even if a third-party caused the injury resulting in death.

Here are some instances that can result in wrongful death lawsuits against the nursing home.

How to Prove a Wrongful Death Lawsuit Against a Nursing Home

It is an unfortunate fact that deaths occur in nursing facilities all time. However, most of these deaths are from natural causes and do not involve wrongdoing on behalf of the facility or staff.

There are differences between a routine death of an older adult and a wrongful death case. It is essential to consult with a nursing home abuse lawyer to discuss how your loved one died to decide whether it might be the basis for a viable legal cause of action.
A lawsuit must prove that three elements exist that identify a wrongful death that includes:

Usually, the first and third elements are not in dispute during a wrongful death lawsuit against the long-term care home. The only issue is whether the facility was negligent and whether negligence caused the nursing home resident's death.

The medical facility might argue that it took all necessary actions, but the incident or illness was the resident's fault, or their death occurred naturally.
Alternatively, the defendant facility will claim that the resident would have died regardless of its actions.

In a wrongful death lawsuit, the following could be recovered on behalf of the surviving family: 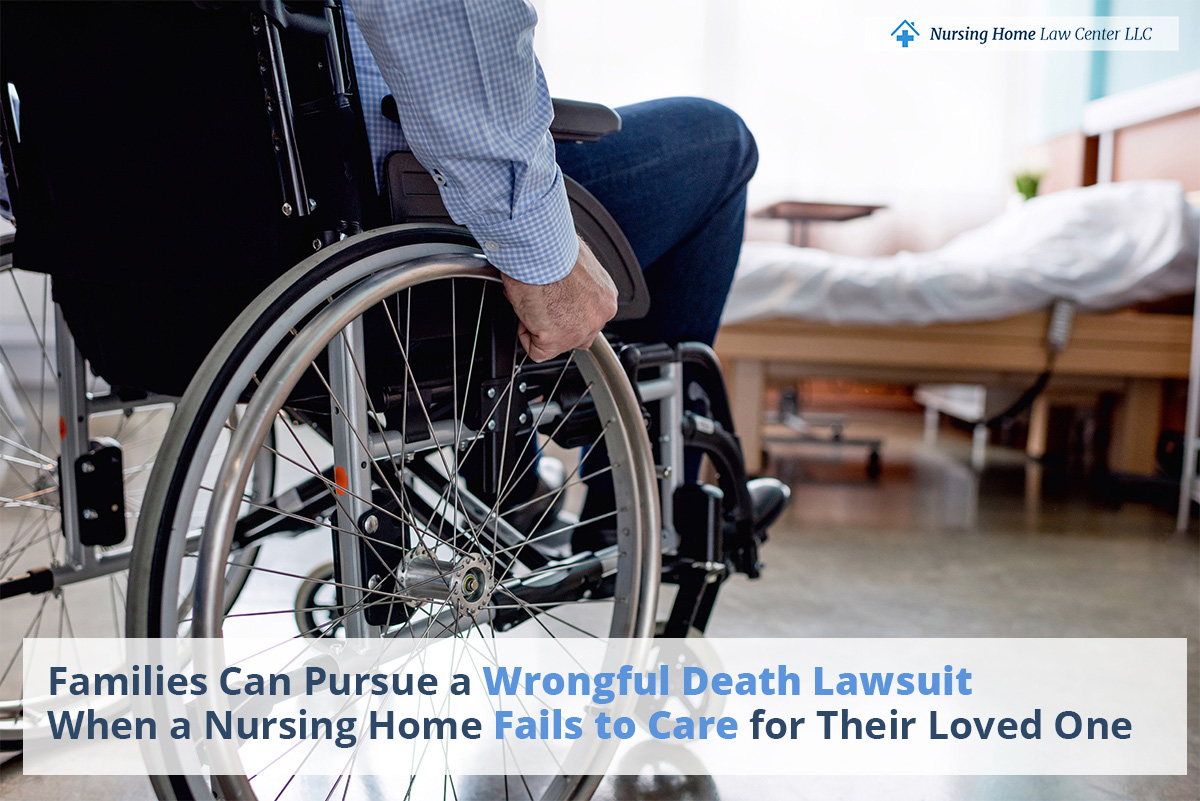 Wrongful death lawsuits are consequential in defeating the nursing facility's attempt to force the case into arbitration. Many nursing facilities use their superior bargaining power when residents enter a home to force families to sign arbitration agreements.

These agreements deprive families of their day in court as the owners attempt to select arbitration forums that they perceive to be more favorable to their interests. However, several courts have ruled that wrongful death claims cannot be arbitrated if the families want the case to go to court.
Indeed, the deceased resident's children and partners could file a wrongful death lawsuit against a skilled nursing facility. In some states, distant relatives could file a compensation claim.

Below are some frequently asked questions raised by families after their family member has died due to injury, abuse or neglect while admitted to a long term care facility such as a nursing home or assisted living facility.

We appreciate your loss and sense of frustration and anger following a death in a nursing home. When you are ready, our team of experienced nursing home abuse and neglect attorneys are here to answer any questions you have. Contact us anytime for a free consultation.

What Is the Leading Cause of Death in Nursing Homes?

According to the National Institutes of Health, falls, infection, medication errors, and elder abuse/neglect are common leading causes of death in nursing facilities. Nearly all nursing home wrongful deaths are preventable had the nursing staff or administration followed established protocols and standards of health care.

Infections could lead to life-threatening conditions, including:

Why Do Nursing Home Falls Kill So Many Residents?

According to the CDC (Centers for Disease Control and Prevention), millions of retired individuals fall at least once every year at home or in a nursing facility. More than three million senior citizens visit emergency rooms for treatment or procedures to fix their fall-related injuries.

Even with proper treatment, the injured resident could suffer severe complications or develop life-threatening infections, including osteomyelitis (bone infection) and sepsis (blood infection), caused by bedsores and pressure wounds.

What Do Nursing Homes Do When Someone Dies?

As soon as a nursing home resident dies, a Registered Nurse or the Director of Nursing contacts family members to notify them of the loved one's passing. The staff will require that the family coordinate with the funeral home to remove their loved ones' remains and process the Death Certificate.

In some locales, the convalescent center, assisted living facility, or nursing home must immediately remove the decedent's body.

What Is the Average Life Expectancy of a Person in a Nursing Home?

According to a study released from the University of California – San Francisco, the average life expectancy of a person admitted to a nursing facility is 13.7 months. Over half of all assisted living facility patients in the study died after just six months from the date of admission.

Men tend to die quicker on average in nursing homes compared to women. Part of the study revealed that nursing home residents with social support tend to live longer than those that live isolated lives.

Other contributing factors to the length of life expectancy include marital status, age, underlying health conditions, and other issues.

How Do You Know When It Is Time for a Nursing Home?

Many families must make the hard decision to place a loved one in a nursing facility to ensure they receive the best care in a safe environment.

Common reasons to consider relocating to a nursing facility include:

What Are the Three Most Common Complaints about Nursing Homes?

Millions of Americans reside in nursing homes and assisted living facilities to ensure they receive the best care in a safe environment. The nursing home staff must develop an effective risk management plan based on the resident's needs to maximize their well-being based on the medical services and hygiene assistance caregivers provide.

However, the most common complaints residents report concerning their care include: 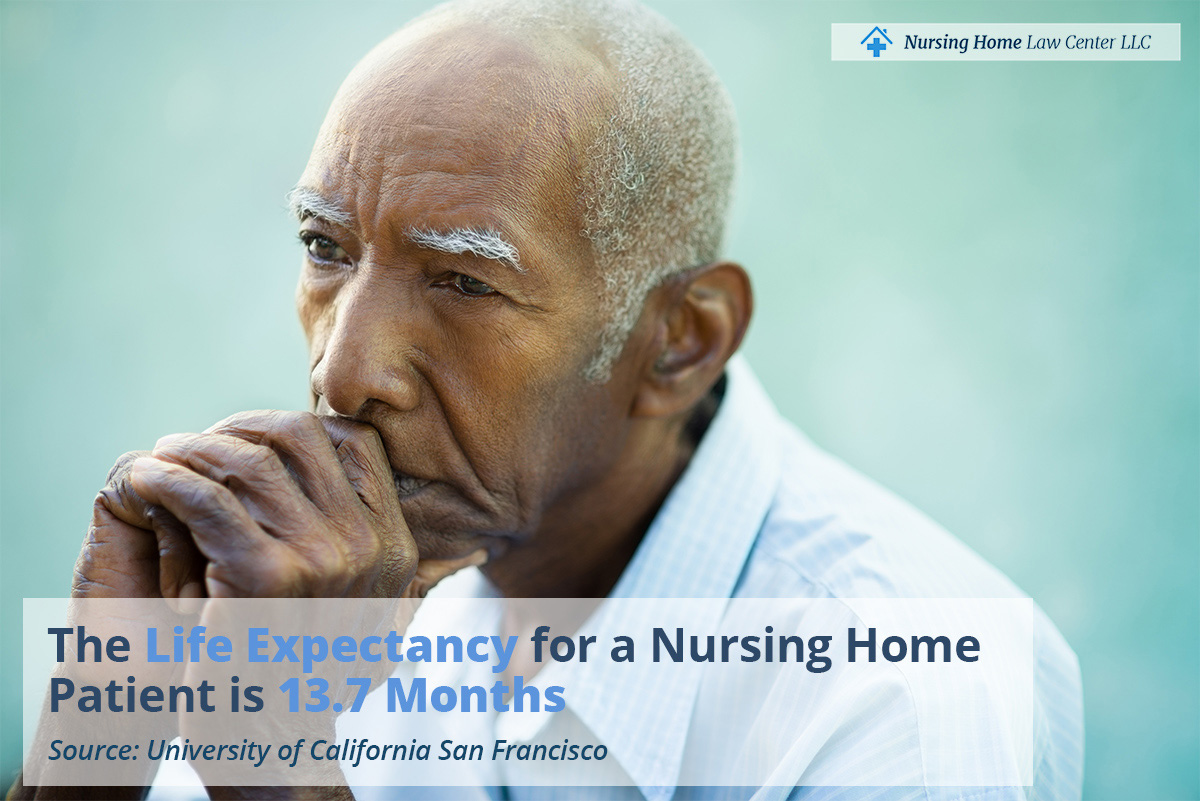 Below are instances where families successfully initiated legal actions against facilities and received compensation for their loved ones' wrongful deaths.

Should you have questions about your situation, contact a nursing home abuse or neglect lawyer in our organization for a free case evaluation.

The facility nursing assistant transferred a resident from their bed to a wheelchair using a Hoyer Lift during transfer.

The elderly resident fell out of the Hoyer sling and onto the floor, sustaining broken bones and fatal injuries in the fall. The wrongful death claim alleged that the staff was negligent in not properly securing the resident in the Hoyer lift during the transfer.

This was an egregious instance of alleged neglect of a resident who had developed twenty pressure ulcers while at the nursing facility. The bedsores were allegedly the nursing staff's fault that failed to reposition his body as necessary to minimize pressure on bony areas.

The nursing home wrongful death lawsuit claimed that he was also allowed to lie in his feces for an extended time. The pressure ulcers became infected with E. Coli, requiring five hospitalizations.

Despite attempts to manage the infection, it spread, killing the resident. The jury's award paid for all of the plaintiff's damages, including funeral expenses and burial costs.

Verdict for $29.1 million in California

An Alzheimer's resident fell and suffered an injury. For eight days, the nursing facility failed to diagnose that she sustained a broken hip in the fall.

She eventually underwent surgery and developed a facility-acquired bedsore infection, and died from sepsis. California state law allows for punitive damages against nursing facilities, which is what the bulk of this jury verdict is.

Settlement for $1 million in California

A brain-injured resident had a history of choking. Nevertheless, the nursing home staff served him a burrito at mealtime.

He grabbed the burrito, attempted to eat it, and started choking. Although his records indicated that he was "full code," there was confusion about his status to save his life. Instead of providing immediate care, the staff attempted to contact the family while he was choking to check on his status, robbing the victim of precious time for survival.

The state cited the staff members for their failure to properly supervise the resident during mealtime and failing to ensure the victim received prompt emergency care. Following this information, the family of the deceased patient brought a wrongful death claim against the nursing home.

Jury Verdict for $200 million in Florida

The resident with a history of wandering made her way to a staircase and fell down the stairs while still strapped into her wheelchair. Even though the resident's clothing and the wheelchair were equipped with alarms, it took an hour for staff to find her at the bottom of the stairs drowning in a pool of blood.

A wrongful death lawsuit claims that the staff's delay in finding the victim contributed to her death. At trial, the family also introduced other evidence of neglect during the resident's nursing facility stay. The jury awarded the plaintiffs $140 million in punitive damages against the Florida nursing home.

Jury Verdict for $20 million in Kentucky

The facility allegedly did not listen to the man's complaints of abdominal pain, nor took steps to obtain prompt medical care for him, including consulting a physician.

Has Your Loved One Suffered Wrongful Death While at a Nursing Home? Talk to an Attorney Now

Our law firm understands there is no way filing a lawsuit will take away your grief. However, obtaining financial compensation from the nursing home will help pay for your suffering and loss.

Contact our law firm today at (800) 926-7565 (toll-free phone number) or through the contact form to schedule a free consultation. All discussions with our nursing home abuse lawyers remain confidential through an attorney-client relationship.

Our attorneys follow social distancing guidelines to prevent the spread of Covid-19 (coronavirus).