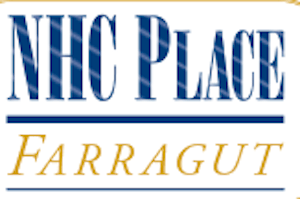 Do you believe that your loved one has been neglected, abused or mistreated while they were living in a nursing home? If so, you can take immediate legal action and serve as their advocate to hold the nursing facility accountable.

The Tennessee Nursing Home Law Center attorneys have represented many Knox County nursing home residents who were mistreated by caregivers, employees, visitors, and other residents. Our legal team has extensive knowledge of the state’s healthcare system and fights aggressively on behalf of our clients. We take action to ensure that their rights are protected and build strategies on how to ensure they receive the adequate financial compensation they deserve for their losses. Contact us today so we can begin working on your case now.

This long-term care (LTC) facility is a 106-certified bed center providing services to residents of Knoxville and Knox County, Tennessee. The "for profit" Medicare-participating home is located at:

The federal government and the state of Tennessee routinely monitor every nursing facility to identify serious violations of established rules and regulations and levy monetary fines or deny payments through Medicare when problems are found. Typically, these violations result in penalties when investigators identify severe problems that harmed or could have harmed a resident.

Also, the Nursing Home received four formally filed complaints within the last thirty-six months due to substandard care. Additional documentation about fines and penalties can be found on the Tennessee Department of Health Nursing Home Reporting Website concerning this nursing facility.

Information on every intermediate and long-term care home in the state can be reviewed on government-owned and operated database websites including the Tennessee Department of Public Health and Medicare.gov. These regulatory agencies routinely update the comprehensive list of dangerous hazards, safety concerns, health violations, incident inquiries, opened investigations, and filed complaints on facilities statewide.

In a summary statement of deficiencies dated October 25, 2017, the state investigators documented that the facility had failed to “ensure the safety of one resident reviewed for accidents.” The survey team reviewed the facility policy titled: Falls revised on July 14, 2017, that reads in part:

“Assessment and Recognition: As part of the initial assessment, identify individuals with a history of falls and risk factors for subsequent falling, based on a proceeding assessment. Identify pertinent interventions to try to prevent subsequent falls.”

A review of the resident’s Post-Fall Assessment revealed that the resident was being transferred “from a recliner to a wheelchair.” At that time, “the patient was facing the recliner with the wheelchair behind her when the patient’s knees seem to buckle. The patient’s legs gave out and the patient started going down.” The nursing staff “gently lower the patient to their knees on the floor.” The staff took immediate interventions including “two-person assist for all transfers.” Upon further review of the documentation, it was revealed that only “one staff person was present to assist during the transfer.”

A review of the Daily Skilled Nursing Notes dated September 30, 2017, revealed that the resident had fallen and was let down to the floor with “no injuries noted.” The notes also reveal new intervention “to have assist times two for all transfers.”

The investigative team interviewed a Registered Nurse (RN) who confirmed that “the MDS (Minimum Data Set) Assessment was accurate and the resident was assessed as requiring two person transfers.” During an interview with the Director of Nursing, it was confirmed that the facility “failed to provide a safe transfer for [the resident] as indicated by the resident’s comprehensive assessment.”

The nursing home also “failed to ensure implementations fall interventions based on the facility investigation of causes of falls for five residents reviewed for falls.” In one incident, a resident “sustained a fractured wrist and head laceration requiring sutures, [and another resident] sustained a fractured hip.”

The surveyors said that the “facility’s failure to implement interventions to prevent falls placed [two residents] in Immediate Jeopardy (a situation in which the provider’s noncompliance with one or more requirement of participation has caused, or is likely to cause serious injury, harm, impairment, or death to a resident).”

In a summary statement of deficiencies dated October 28, 2015, the state investigative team noted that the nursing facility had “failed to ensure access to a call light for [one resident].” The investigators reviewed the facility policy titled: Answering The Call Light revised in 2003 that reads in part:

“When the resident is in bed or confined to a chair, be sure the call light is within easy reach of the resident.”

Failure to Store, Cook and Serve Food in a Safe and Clean Way

In a summary statement of deficiencies dated October 19, 2016, the state investigators documented that the facility had failed to “maintain sanitary conditions in the kitchen for one of nine preparation food blades; three of three plastic storage bags; and for one of five staff members not wearing a hairnet for food preparation.” The investigators reviewed the facility policy titled: Safety and Sanitation – Best Practice Guidelines revised in January 2011 and the policy titled: Hygiene and Safe Practices dated October 2014 that read in part:

“Foods will be stored in their original container or an NSF approved container or wrapped tightly in moisture-proof film, foil, etc. Clearly label with contents and use by date.”

“Restraints for Dietary Partner shall wear hair restraint such as hats, hair coverings, or nets, beard restraints, and clothing that covers body hair, that are designed and worn to effectively keep their hair from contacting exposed food.”

Additional observations of a dietary staff member revealed the employee was “not wearing a hairnet while preparing a watchful for a resident consumption.” The surveyors interviewed the Dietary Manager who confirmed that “the facility failed to maintain a sanitary condition [and] confirmed one preparation food blade was not clean [and] confirmed three plastic food storage bags were opened and undated.” The Dietary Manager also confirmed that “the staff member failed to wear a hairnet for food preparation.”

In a summary statement of deficiencies dated June 16, 2016, the state surveyors documented that the facility had failed to “transcribe a physician’s orders for a surgical wound and failed to notify the physician of an elevated temperature for [one resident].” The investigators reviewed the facility’s policy titled: Documentation Guidelines dated January 1, 2010, and Care Path Fever Policy dated 2011 that read in part:

“If non-pressure wound [is present, provide] wound care and dressing change.” “If the patient’s temperatures greater than 100.5°F, notify the Medical Director.

The ongoing investigation included a review of the resident’s Daily Skilled Nurse’s Notes dated January 23, 2016, that shows that the resident had a temperature of 100.6°F.” The investigators interviewed the Assistant Director of Nursing who confirmed that “the facility failed to transcribe the wound care for the resident’s surgical wound and failed to notify the physician of an elevated temperature.

In a summary statement of deficiencies dated October 25, 2017, the state survey team noted that the nursing home had failed to “develop a comprehensive care plan for [one resident] reviewed for accidents.” A review of the resident’s Completed Care Plan dated August 30, 2017, revealed a “safety/potential for falls. Goal. [The resident] desires to be safe and will have no falls. Inability to perform all activities of daily living tasks without staff assistance. Assist with activities of daily assistance. Limited and functional transfers, assist the patient with mobility/transfers.”

The patient had an accident when being transferred “from a recliner to wheelchair while facing the recliner with the wheelchair behind her.” At that time, “the patient’s knee seemed to buckle. The legs gave out, and the patient started going down.” The staff gently lowered the patient to her knees on the floor.”

As a part of the investigation, the survey team interviewed the Director of Nursing who confirmed the “MDS (Minimum Data Set) should match the Care Plan” stating that “we need to be able to follow the Care Plan.” The Director also confirmed that “the facility failed to develop a Comprehensive Care Plan that addresses the functional transfer needs for [the resident] based on the comprehensive MDS assessment.” The investigators also interviewed a Registered Nurse (RN) providing the resident care who “confirmed the MDS assessment was accurate and the resident required two persons for transfers.”

Do You Have More Questions about NHC Place Healthcare Farragut? We Can Help

If you suspect your loved one is being abused or mistreated while living at NHC Place Healthcare Farragut, call the Tennessee nursing home abuse and neglect attorneys at Nursing Home Law Center at (800) 926-7565. Our network of attorneys fights aggressively on behalf of Knox County victims of mistreatment living in long-term facilities including nursing homes in Knoxville.

Our reputable attorneys working on your behalf can successfully resolve your nursing home abuse victim case against the facility and staff members that caused your loved one harm. Contact us now to schedule a free case review to discuss how to obtain justice and resolve a financial compensation claim. We can start working today on your behalf to ensure your rights are protected.

Our attorneys accept every case concerning wrongful death, personal injury and nursing home abuse through a contingency fee agreement. This arrangement postpones your need to make a payment for our legal services until after your case is successfully resolved through a negotiated out of court settlement or jury trial award. We can begin representing you in your case today to ensure you receive adequate compensation for your damages. All information you share with our law offices will remain confidential.