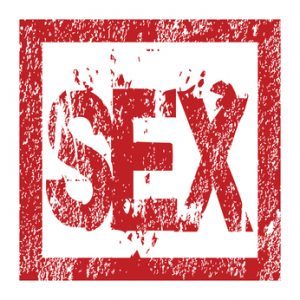 Sexual abuse is the worst kind of abuse elderly residents may be subjected to in nursing homes. While stories of physical and verbal abuse have been heard often, sexual abuse usually goes under the category of the ‘unspeakable.’ A number of grotesque acts come under the umbrella of sexual abuse, but the worst ones are those that involve manipulation of disabled patients who do not have a mind of their own to think and process whether the act is good or bad.

Taking advantage of such residents’ weaknesses is probably the worst show of behavior on the part of caregivers or fellow residents who are supposed to be supporting and nurturing to those under their hand.

Why Does Sexual Abuse Go Unreported?

As aforementioned, a number of acts come under sexual abuse. Some common ones are:

The reason most sexual abuse acts are never caught is that it is hardly ever reported. Even though, physical and verbal abuse are much more rampant, sexual abuse leaves the most scars; mentally and emotionally. Residents who suffer sexual abuse at the hands of caregivers or roommates are usually subdued into staying quiet or suffering a punishment if they reported. Others are too timid or ashamed to come forward while a few feel too uncared for and find none to open up to.

However, a lack of reporting does not mean this kind of abuse is not being done to our respected elderly. A recent incident at the West Hartford Health and Rehabilitation Center is an unfortunate example of how sexual abuse can raise havoc in residents’ lives.

A Supervision Failure or a Blatant Sexual Assault?

Two residents at the West Hartford Health and Rehab Center were found in an outcry when one accused the other of sexual abuse. The accused resident acted out, threw a TV at the accuser, and shouted bitter words. However, further investigation revealed no signs of sexual abuse and the investigators found nil evidence to charge the 28-year-old accused man.

With trained personnel and caregivers on duty, the havoc raised earned the facility a fine of $ 1,160 for failed supervision. A similar fine was also imposed on three other facilities that reported incidents of mismanagement and weak supervision.

Such an episode of a sexual abuse charge not only taints the facility’s name, it also puts other residents under stress and fear. No matter what the disability or ailment, fear of such an incident can make any patient miserable. If your loved ones have expressed such a fear, it is your responsibility to be caring and show concern for them. Tell them you are here for them and ready to listen to whatever they want to say. This way, an unreported sexual crime can be brought to attention.