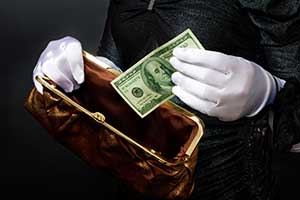 Adelita Rosas, a manager at an Austin nursing home stands accused of stealing more than $2,000 from an elderly resident at Maggie Johnson Nursing Home.  Rosas admittedly endorsed and cashed a check made payable to a resident and then gave the funds to the resident’s family, yet she claims the situation is an innocent misunderstanding.  “Of course, I had to sign the back of the check.  Because he (the resident) didn’t have his ID, they wouldn’t cash it for him,” said Rosas.

At the very least, Rosas violated the nursing home’s policy when she gave the money to the resident’s family.  According to Cheryl Lillian, President of Legacy Care Centers, the nursing homes parent company, “It’s all they have, and they entrusted it to us to take care of.  The preponderance of the evidence says she did it.  I believe she did it.”

Rosas was removed from her position at Maggie Johnson shortly after administrators became aware of the incident.  No word if Rosas will face any criminal charges from her alleged theft from the elderly.  Read more about this case involving a Texas nursing home here.

Financial Abuse Amongst The Elderly

The National Institute on Financial Issues and Services for Elders, a Unit of the National
Council on the Aging, says to watch for these signs of financial abuse:

When it comes to financial abuse in the elderly population, nothing can take the place frequent monitoring of you loved ones.  If you suspect financial abuse, notify authorities immediately before the property or funds are forever lost.