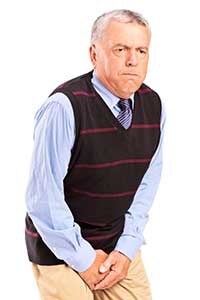 Most UTI’s are caused by bacteria from the colon that gets introduced to the urinary tract.  However, particular patients with catheters, may develop UTI’s when bacteria is introduced from other sources such as poor sanitation by staff at a skilled nursing facility.

Women are significantly more susceptible to developing UTI’s due to anatomical differences that allow outside bacteria a more direct path to the urinary system.

Most UTI’s can be identified by the following characteristics:

When diagnosed at an early onset(with a urinalysis), a UTI can be readily treated with antibiotics.  If the UTI has progressed— and infected other systems in the body— the patient may required hospitalization for intravenous antibiotics.  If not timely identified and treated UTI’s can cause a systemic infection known as sepsis or even death.

I was once again reminded of the devastation that a UTI can bring to an elderly nursing home patient when I read about a recently filed lawsuit against an Illinois Nursing Home.  The lawsuit, filed in Madison County, by the family of a deceased woman who was under the care of Edwardsville Health Care Center alleges that the facilities delay in implementing treatment for a UTI contributed to the patient’s death preceded by a painful series of complications including: