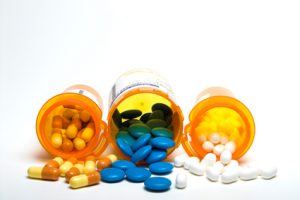 No new patients will be admitted and existing residents are being transferred to other facilities after a nursing home in Madison, TN received a scathing inspection. The Imperial Gardens Health and Rehabilitation Center is being decertified and the Centers for Medicare and Medicaid Services have stopped funding for new patients. The center will only receive funding for 30 days for existing residents until they can be transferred.

Although the inspection brought to light several issues in the facility, including low staffing and neglect, medication errors were one of the most glaring issues that state officials found at the Madison nursing home. Patients were consistently being given the incorrect dosages or even wrong medications. Some examples of the errors that were made:

Many of these prescription errors were simple transcription errors that are easily avoided. However, not giving patients the correct dosage or even the right drug is extremely dangerous. There were also issues with lab work not being sent to doctors or not being done at all. In a nutshell, the medication procedures seemed disorganized and poorly managed at the very least.

Obviously medication errors were a major concern at this nursing home but they were certainly not the only problem that was found during the inspection. There were several other problems that were listed in the 143 page report including:

Many of the problems can be attributed to the understaffing of the facility. A former resident that was interviewed for an article in The Tennessean newspaper revealed that when she was at the facility, they were constantly understaffed and that the conditions were so bad that she insisted on being moved to another nursing home. The investigation noted low staffing and a high turn over in the nursing staff. Vanguard Health Care owns the facility and operates 17 other facilities in four states. Unless they are able to correct the many problems listed in the report very quickly, all the residents will be moved and the facility will have no patients in 30 days.