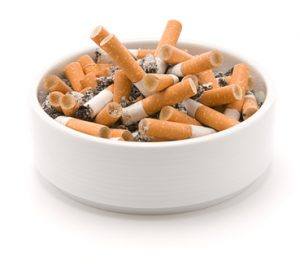 According to reports from CBS Chicago, nursing home neglect might have played an important part in the tragic death of 62-year old Lawrence Lewis. According to the story, Lewis was outside on the patio of the Lake Shore HealthCare and Rehabilitation Centre when his shirt caught on fire because of a cigarette lighter in his pocket. As residents standing around him were trying to put out the flames, they were unable to do so. Confined to a wheelchair, Lewis was unable to distance himself from the fire, meaning he relied on the actions of the center’s staff members to help him. Unfortunately, the staff response was incompetent.

What happened during the incident?

According to the victim’s sister, Lewis burnt from his eyebrows all the way down to mid-thigh. While accidents can occur, especially at a smoking section, part of the problem was the immediate response from the staff members that followed. The security camera footage shows that the staff members were frantic, unsure what to do next. Despite this being a clear emergency with one of their residents catching on fire, there was no clear designated leader, no one who seemed to know what to do next. The standard protocol would be to place a blanket over the person on fire. Doing so would remove the oxygen from the flame, which would cause the fire to die out.

Instead, nursing home staff directly spray Lewis with a fire extinguisher and then actually wheel him back outside onto the patio while he is still confined in his wheelchair. As Lewis sits in his chair, motionless and covered with foam, no one checks to see whether he is alive or dead. No one checks his airways, and it takes five minutes before a staff member arrives with oxygen.

There is nothing on the security camera video that would suggest that any of the staff members try to take care of Lewis (for example, attempt CPR) until the Chicago EMS personnel arrives on the scene. When that happens, crucial minutes that might have made the difference have come and gone. The EMS personnel finds that Lewis has entered into cardiac arrest. Ten long agonizing minutes after first catching fire, someone finally administers CPR to Lewis. Despite the EMS personnel’s best efforts, Lewis is pronounced dead at a local hospital later that day.

While the Lake Shore HealthCare and Rehabilitation Centre did not want to comment on the incident (citing privacy reasons), it is important to note that it did receive a citation for failing to train staff in emergency procedures. Lewis’ sister has since filed a wrongful lawsuit against the company, which is ultimately the only way to ensure lasting change.

While what happened to Lawrence Lewis is a tragic event, it is unfortunately not a rare occurrence. Because it is not a rare occurrence it is important to hold all parties responsible, because when we enter someone into an assisted care or physical rehabilitation facility, we expect them to be safe. You should expect staff members to have the necessary training to respond to emergency situations instead of ‘freezing up’ as they did here.