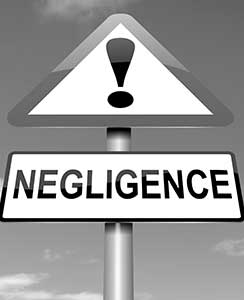 One of the most common defense strategies employed by nursing homes in jury cases, is to make the case more complicated than it really is. The theory behind this tactic is my making the underlying case about medicine– as opposed to a facility simply not doing their job the waters will begin to get more murky– and hopefully more difficult for a jury to make a finding against them.

Indeed while some medical malpractice cases are incredibly complex, the truth is that nursing home negligence cases are generally far more simple— a person or facility not doing their job.  While it’s easy to sit back and make these assertions, the truth is that as a person sitting on a jury I can see how these issues could make the underlying case difficult to sort through.

A recent trial in Florida is a prime example of why we should have faith in our jury system and the people who serve on them.  The lawsuit involved a common– yet unfortunate– set of circumstances where a widow sued a nursing home alleging that the facilities inferior care caused her husband’s death.

As reported in the Sun-Sentinel, Patricia Dahmer initiated the case against Lake Worth Manor Nursing Home in relation to the care (or lack thereof) provided to her husband during a short-term admission to the facility in 2008.  Ms. Dahmer’s husband- George, a former professional wrestler, entered the facility for care related to his advanced dementia. However, during during just the initial 63 days of admission the facility allowed the once robust man to drop 32 pounds, diminish his ability to walk, talk and allowed him to develop pressure sores on his buttocks and heels due to being confined to a wheelchair. (read more about pressure sores here)

Not surprisingly, the extent of Mr. Dahmer’s de-conditioning were never relayed to the family until he was transferred to a different nursing home.  It was at the second facility that the family was made aware of the neglectful care.

Apparently, the allegations made by the family were sufficient for the jury to determine what really happened during the admission. As an outsider to the case, it’s unfair for me to suggest that such a decision was easy.  As with most nursing home negligence cases, a defense of some sort is usually concocted by the lawyers defending the facility– we did everything, the decline was inevitable, it wasn’t our fault, etc…. in this case the facility raised another tried and true defense tactic, the medicine doesn’t support such a verdict.

According to a statement released from Lake Worth Enterprises, ‘[t]his was an extremely complex case involving a patient with multiple disease processes who had been treated by four separate facilities and different attending physicians.”

As a lawyer who represents many elderly, frail, and frankly sick people in nursing home negligence matters, I never attempt to dance around my clients condition.  Rather, I think it’s important to get the staff at the facility to acknowledge the existence of such conditions in order to establish that they had knowledge of the individuals situation.

Similarly, when presenting a case before a jury, I find that jurors are much more sympathetic to a situation when they are presented with a realistic assessment of the situation and the individuals condition.  As soon as you  lose trust with a jury, they begin to second-guess every claim being presented– rightfully or wrongfully.

Thankfully in this case, it looks like the jury saw the real picture.

Learn more about the laws applicable to Florida nursing homes here.
Click on the links for information on nursing homes in Miami, Orlando and Tampa