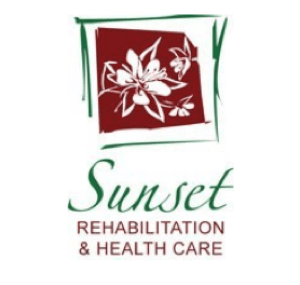 The staff members in a nursing facility are entrusted to provide every resident compassionate care in a safe environment. Unfortunately, many nursing home patients are victimized through mistreatment by caregivers, visitors, employees or other residents. Some patients are harmed through a sexual assault, mental, emotional or physical abuse, or neglect that leads to preventable conditions including life-threatening bedsores.

If your loved one was injured while living in a Fulton County nursing home, contact the Illinois Nursing Home Law Center attorneys for immediate legal intervention. Our team of Chicago nursing home neglect attorneys has successfully resolve cases exactly like yours. Let us begin working on your claim for compensation now to ensure your family receives monetary recovery for your damages.

This Medicare/Medicaid-participating nursing facility is a "for profit" home providing services to residents of Canton and Fulton County, Illinois. The 115-certified bed long-term care center is located at:

In addition to providing 24/7 skilled nursing care, Sunset Rehab and Health Care Center offers other services that include:

Illinois and the federal government have the legal obligation to monitor every nursing facility and impose monetary fines or deny payments through Medicare if the home has violated established nursing home regulations and rules. In severe cases, the nursing facility will receive multiple penalties if investigators find the violations are severe and harmed or could have harmed a resident.

Within the last three years, Sunset Rehabilitation and Healthcare Center received ten formally filed complaints and self-reported three serious issues that all resulted in citations. Additional documentation about penalties and fines can be reviewed on the Illinois Department of Public Health Nursing Home Reporting Website concerning this nursing facility.

Families can visit the Illinois Department of Public Health and Medicare.gov websites to obtain a complete list of all dangerous hazards, filed complaints, opened investigations, safety concerns, incident inquiries, and health violations. The regularly updated information can be used to make a well-informed decision on which long-term care facilities in the community provide the highest level of care and those that do not.

The investigators reviewed the facility’s policy titled: Notification for a Change in the Resident’s Condition or Status dated December 7, 2017, that reads in part:

“The Nurse Supervisor/Charge Nurse is to notify the resident’s attending physician or on-call physician when there has been a significant change in the resident’s physical, emotional or mental condition.”

A review of the resident’s Admission MDS (Minimum Data Set) Assessment dated January 31, 2018, shows that the resident “only required supervision and set up help for all activities of daily living including bed mobility, transfers, walking in the room or corridor, locomotion on-and-off the unit, dressing, eating, toilet use and personal hygiene. The same MDS documents [that the resident] is continent of urine.”

The investigative team interviewed the resident’s physician on the morning of September 27, 2018 who said that “had I known that [the resident] had a significant decline in Activities of Daily Living, I would have tried to diagnose the issue and given a plan to possibly restore or maintain [their] activities of daily living function.”

In a summary statement of deficiencies dated September 27, 2018, the state investigators documented that the facility failed to “evaluate the risks versus benefits of entrapment risks with the use of side rails.” The nursing home also “failed to implement side rail safety interventions for one of four residents reviewed for accidents related to side rail usage.”

The incident involved a severely cognitively impaired resident who “has no speech, is rarely/never understood, and rarely/never understands others. This MDS (Minimum Data Set) Assessment also documents [that the resident] is totally dependent on two or more staff for transfers, bed mobility, dressing, toilet use, and personal hygiene.”

The resident’s Bed Rail/Transfer Bar Evaluation dated July 16, 2018, and signed by the MDS Coordinator documents that the resident “ had an altered mental status and had entrapment risk of neurological disorder causing involuntary movement.” The document shows that the nursing staff should “consider the need to pad the bar. The same evaluation documents [that the resident] is known to have thrashing, jerking, or unpredictable physical movements that may cause entanglement in the bar.”

The surveyor said that the resident’s “medical record does not include an entrapment versus risk assessment for the identified entrapment risks of [their] Bed Rail/Transfer Bar Evaluation.” The resident’s current Disorder Care Plan documents that the resident “requires full side rail pads when in bed as a [medical condition] precautions.”

In a separate summary statement of deficiencies dated August 3, 2017, the state investigators noted that the nursing home failed to “assess a resident for fall potential and investigate the circumstances of a fall.” The deficient practice by the nursing staff involved one of five residents “reviewed for falls.”

“Conduct fall assessment on the day of admission, quarterly, and with a change in condition. Identify on admission, the resident’s risk for falls. Assessments for Fall Risk will be completed by the Admission Nurse at the time of the admission. Immediately after any resident fall, the Unit Nurse will assess the resident and provide any care or treatment needed for the resident.”

The state survey team reviewed the resident’s nursing note dated July 25, 2017, that shows the resident “fell on his face and was sent to the local hospital for evaluation. The hospital reported [that the resident] sustained a broken nose, bruises, and abrasion.” The resident “was released to family.”

A review of the resident’s All About My Care sheet “only includes the information that [the resident] requires dentures, has glasses and gloves.” The resident’s “medical record does not contain any type of fall assessment or any Care Plan related to falls.”

A Registered Nurse told the surveyors on July 25, 2017, that the resident “was out on the patio area with one of the Tenant Assistants from the Assisted Living Facility where [the resident] usually resides.” The RN “was called out to evaluate [the resident] after the fall and provided first-aid to [the resident].”

The RN “stated she did not fill out an incident report or any fall documentation and investigative paperwork.” The RN said the “Assisted Living Facility staff handle [the residents] transferred to the hospital and any documentation. [The RN] stated facility staff was not responsible for the resident.”

The Director of Nursing said that she was told by the Administrator that “they would be getting nine residents from an assisted living facility and those nine residents would be staying for a few days.” The Director said that the resident “came with her medications and Medication Administration Record. However, no actual physician’s orders” were included in the packet.

In a summary statement of deficiencies dated September 27, 2018, the state investigators noted that the nursing facility “failed to obtain a physician order check the x-ray for one of two residents reviewed for respiratory infections.”

The investigators reviewed the Mobile Imaging Service Agreement dated October 20, 2015, that shows “duties and obligations of the facility: The facility shall properly schedule patients and transmit to this provider a requisition form that specifies the test to be provided for a particular patient along with the sign physician’s orders.”

The facility Director of Nursing said the resident’s “chest x-ray should have been ordered on September 20, 2018 and obtained within 24 hours of the order.”

Were You Abused or Neglected at Sunset Rehabilitation and Healthcare Center? We Can Help

Have you been injured or harmed while living at Sunset Rehabilitation and Healthcare Center? If so, call the Illinois nursing home abuse and neglect lawyers at Nursing Home Law Center at (800) 926-7565 for legal help. Our network of attorneys fights aggressively on behalf of Fulton County victims of mistreatment living in long-term facilities including nursing homes in Canton. Contact us now to schedule a free case review to discuss how to obtain justice and resolve a financial compensation claim.

Our skillful attorneys provide legal representation in victim cases involving nursing home abuse when it occurs in private and public nursing facilities. We accept all nursing home cases involving personal injury, abuse, and wrongful death through a contingency fee agreement. This arrangement postpones making upfront payments for our legal services until after we have successfully resolved your compensation claim through a negotiated settlement or jury trial award.

Our network of attorneys offers every client a “No Win/No-Fee” Guarantee, meaning if we are unable to resolve your case successfully, you owe us nothing. Let our network of attorneys start working on your case today to ensure your family receives the financial compensation they deserve for your harm. All information you share with our law offices will remain confidential.