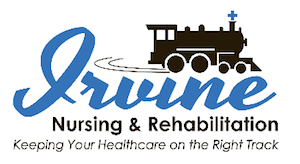 Locating the ideal nursing facility in your local community can be a challenging issue for any family searching for the best location that provides the highest level of care to a loved one. Unfortunately, mistreatment still occurs in many caregiving facilities in the United States. In recent years, many families have remained unaware that their loved one is being mistreated or died suspiciously until a dangerous situation arises.

The Kentucky Nursing Home Law Center attorneys have represented many victims in nursing facilities across the Estill County and throughout Kentucky. We handle cases exactly like yours. Contact us today so we can begin working on your case. We use the law to hold those responsible for causing harm both financially and legally accountable. We can ensure that your family will be adequately compensated for your monetary damages.

This Medicare/Medicaid-participating nursing center is a "for profit" home providing services to residents of Irvine and Estill County, Kentucky. The 86-certified bed long-term care (LTC) home is located at:

In addition to providing around-the-clock skilled nursing care, Irvine Nursing and Rehab Center offers other amenities and services that include:

Both Kentucky and the federal government can impose a monetary fine or deny payments through Medicare when a nursing facility has been found to violate established regulations. The higher the monetary fine, the more serious the violation is that likely harmed or could have harmed one or more residents at the nursing home.

Within the last three years, the Irvine Nursing and Rehabilitation Center receive three formally filed complaints that all resulted in citations. Additional information about penalties and fines can be reviewed on the Kentucky Department of Health Care Nursing Home Reporting Website concerning this nursing facility.

Families can download statistics from Medicare.gov and the Kentucky Department of Public Health online site. These sites detail a comprehensive historical list of all violations at every facility statewide. The information can be used to determine the level of health, and hygiene care each community long-term care facility provides its patients.

In a summary statement of deficiencies dated May 16, 2018, the state investigative team documented the facility’s failure to “implement written policies that prohibit mistreatment, neglect, and abuse of residents. A review of three employee files revealed the facility failed to conduct pre-employment screening of the Adult Misconduct Registry.”

“The facility developed and implemented written policies and procedures that prohibit and prevented abuse, neglect, and exploitation of residents.”

“The facility will screen potential employees which includes conducting a Misconduct Registry Screening for all potential non-licensed staff.”

The state surveyor reviewed the employee personnel records for three employees that revealed “the facility hired employees” on March 5, 2018, March 16, 2018, and March 23, 2018. “However, there is no documented evidence the facility conducted an Adult Misconduct Registry check [before hiring the employees].”

The surveyors interviewed the facility Administrator who revealed that three employees “were contracted non-licensed employees [and that the] contracted agency was responsible for completing all pre-employment screenings and for maintaining their own personnel records.”

The Administrator revealed that “she was not aware that the contracted agency was not conducting a check of the Adult Misconduct Abuse Registry for all of their employees. However, the Administrator revealed since the contracted staff provided services to the residents in the facility, she was responsible for ensuring all required checks were completed.”

The surveyors reviewed the facility’s policy titled: Transfer or Discharge Documentation – Standard of Practice that reads in part:

“When a resident is transferred or discharged from the facility, the facility will provide notice of the discharge to the resident or legal representative, and the notification will be documented in the medical record.”

The survey team reviewed the resident’s Admission Records that included an Order of Appointment of Guardian on September 22, 2017. The “court order was issued appointing a guardian for [the resident].”

In a summary statement of deficiencies dated October 22, 2015, a state investigator noted the nursing home's failure to “maintain an effective Infection Control Program designed to provide a safe, sanitary and comfortable environment and to help prevent the development and transmission of disease and infection.”

The state investigators observed a meal service on October 20, 2015 that revealed a State Registered Nurse Aide (SRNA) “touched a resident and continue to pass meal trays without sanitizing her hands.” The investigators reviewed the facility’s policy titled: General Infection Control that reads in part:

“The facility’s infection control policies and practices are intended to facilitate maintaining a safe, sanitary, and comfortable environment to help prevent and manage transmission of diseases and infections.”

The surveyors observed the SRNA at dinner time “passing food trays to residents in the rooms.” The SRNA “was observed coming out of a resident’s room when she stopped in the hall and hugged a resident, touching the resident on the back.”

The facility Director of Nursing confirmed that the SRNA “should have washed her hands after touching the resident and should have been sanitizing her hands between each tray and washing her hands every third tray when passing trays in resident rooms.”

Failure to Ensure That All Equipment Works Safely

In a summary statement of deficiency dated October 22, 2015, the state investigators documented that the “nursing home failed to ensure that equipment necessary to sanitize dishes in the kitchen was in safe operating condition. Observations revealed that the 3-compartment sink sanitizer dispenser was not dispensing in the sanitizer solution to provide adequate sanitation.”

A part of the surveyor's findings included an interview with the Maintenance Director who revealed that “there was not a policy that covered equipment that was not working.” The survey team reviewed the facility’s policy titled: three Compartment Sink that reads in part:

“Sanitizer will be added to sink three to an amount of at least 200 ppm of sanitizer.”

The survey team reviewed the three-compartment sink sanitizer log that revealed that between October 1, 2015, and October 20, 2017, that the “morning and noon sanitizer level had only been checked one time on October 4, 2015, and all the readings were within acceptable range of 200 ppm to 300 ppm.” An observation of the sanitizer dispenser on October 20, 2015, revealed “that there was a sticker above the dispenser button that said, ‘Push One Time.’”

In a summary statement of deficiencies dated October 22, 2015, a state surveyor noted the nursing home’s failure to “maintain an effective pest control program to ensure the facility was free of pests. Observations from October 20, 2015, to October 22, 2015, revealed roaches in the kitchen area.”

The reports from July 20, 2015, August 17, 2015, and September 20, 2017 “revealed that German Roaches and Oriental Roaches had been detected in the facility and had been treated.” However, on October 20, 2015, at 3:30 PM, “two roaches in the dish room” were detected “crawling on the wall under the dish machine. Further investigation revealed twelve additional live roaches in the dish room on the walls, floor, and ceiling. Observations twenty-six minutes later revealed a live cockroach on the counter of the tray service line and a Dietary Aide removed it.”

The survey team interviewed a Cook who revealed that “there had been a roach problem for several months.” During an interview with the Dietary Manager, it was revealed that “every time she saw eight roaches, she notified the front desk and they notified the pest control company. The Dietary Manager estimated that the pest control had been notified six or seven times” recently [stating] that “the facility staff makes sure food was covered and wrapped so roaches could not get into the food. She further stated that roaches had been a problem for several months.”

Need to Hold Irvine Nursing and Rehabilitation Center Accountable for Neglect? We Can Help

Do you suspect that your loved one is the victim of mistreatment, abuse or neglect while living at Irvine Nursing and Rehabilitation Center? If so, contact the Kentucky nursing home abuse lawyers at Nursing Home Law Center at (800) 926-7565 for immediate legal intervention. Our network of attorneys fights aggressively on behalf of Estill County victims of mistreatment living in long-term facilities including nursing homes in Irvine. Contact us now to schedule a free case review to discuss how to obtain justice and resolve a financial compensation claim.

Our nursing home attorneys have successfully resolved many financial compensation claims for victims of mistreatment in nursing homes. Our attorneys accept every case concerning wrongful death, personal injury and nursing home abuse through a contingency fee agreement. This arrangement postpones the requirement to make a payment to our network of attorneys until after we have successfully resolved your claim for compensation through a negotiated out of court settlement or jury trial award.

Our network of attorneys offers every client a “No Win/No-Fee” Guarantee, meaning you will owe us nothing if we are unable to obtain compensation to recover your family’s damages. We can start on your case today to ensure you receive compensation for your damages. All the information you share with our law offices will remain confidential.