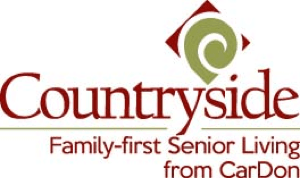 Are you concerned that caregivers at the Madison County nursing facility have victimized your loved one through negligence and mistreatment? Do you suspect they have been physically, mentally, emotionally, or sexually assaulted by the nursing staff, visitors, or other patients?

Contact the Indiana Nursing Home Law Center attorneys now for immediate legal intervention. Our team of lawyers will use the law to obtain financial compensation on your family’s behalf.

This facility is a "nonprofit" 109-certified bed long term care center providing cares and services to residents of Anderson and Madison County, Indiana. The Medicare and Medicaid-participating home is located at:

Indiana and federal agencies are duty-bound to monitor every nursing home and levy monetary fines or deny payments through Medicare when investigators identify serious violations of nursing home regulations and rules. In some cases, the nursing home receives multiple penalties if surveyors find severe violations that harmed or could have harmed a resident.

Within the last three years, federal investigators imposed a monetary fine against Countryside Manor Health and Living Community for $11,881 on November 02, 2016, citing substandard care. The nursing home also received seventeen complaints over the last three years that resulted in a violation citation.

Additional information concerning the facility can be reviewed on the Indiana Nursing Home Report Cards Website.

The state of Indiana and the federal government regularly updates its long-term care home database system with complete details of all deficiencies, citations, and violations.

According to state surveyors, “the facility failed to ensure supervision during breathing treatments.” The state investigators interviewed a resident who indicated that “the staff put on her mask and started the breathing treatment, and that she would take it off and shut the machine off. No staff stayed with her during the treatment.”

Even though the resident had a change in their condition, the Nurse Progress Notes lacked any documentation of family notification. The notes document that the LPN called the on-call Physician and received an order to give new medication because the resident’s blood pressure was elevated. However, even though the LPN noted that they had notified the family, she “did not document the conversation.”

The facility “failed to change a protective dressing as prescribed by a Physician.” The surveyor noted that “the dressing over the PICC line in the resident’s left upper arm” on November 14, 2018 was dated November 3, 2018, indicating the last day it was made.

Do you suspect that your loved one is the victim of mistreatment while living at Countryside Manor Health and Living Community? Contact the Indiana nursing home abuse attorneys at Nursing Home Law Center at (800) 926-7565 for immediate legal intervention. We represent Madison County victims of abuse and neglect in all areas including Anderson.