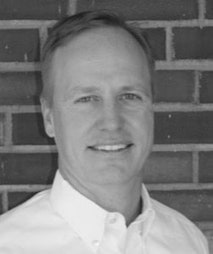 For over 20 years, Jeffrey D. Powless has focused his practice on representing patients and their families in cases involving neglect or abuse by nursing homes, assisted living facilities, hospitals, and other health care providers.

After graduating from Purdue University, Jeff attended law school at Indiana University (Bloomington) where he received his law degree, and was then admitted to practice law in Indiana and Texas. Jeff’s office is located in Indianapolis, and he represents patients and their families throughout Indiana.

Jeff has also been awarded lifetime admittance into the Elite Lawyers of America©, which recognizes trial attorneys who have served as lead counsel who have obtained a verdicts, awards and/or settlements in civil cases of 2 million dollars ($2,000,000.00) or more.

Jeff has been admitted to practice before the U.S. Supreme Court, all State Courts in Indiana and Texas, and the Northern and Southern Federal District Courts in Indiana. Jeff has been an invited speaker at various legal education seminars on the topics of nursing home neglect and litigation technology. In his spare time, Jeff enjoys spending time with his family, playing basketball, and coaching youth athletics.

Jeff is the author of the highly rated book, “Abuses and Excuses: How To Hold Bad Nursing Homes Accountable,” which breaks new ground in helping patients and families hold bad nursing homes accountable, sharing a wealth of insider strategies and insights.