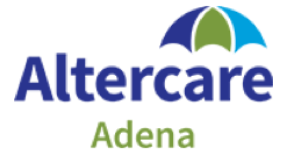 Do you suspect that your loved one has been mistreated while living in a Jefferson County nursing facility? Are you concerned that their injuries or unexpected death as a result of abuse or neglect by caregivers, employees, or other patients? If so, contact the Ohio Nursing Home Law Center Attorneys now for immediate legal intervention.

Let our team of lawyers work on your behalf to ensure your family receives monetary compensation for your damages. We use the law to ensure that those responsible for causing injuries and harm are held financially and legally responsible. Let us begin working on your case today.

This long-term care home is a "for profit" 50-certified bed center providing cares and services to residents of Adena and Jefferson County, Ohio. The Medicare and Medicaid-participating facility is located at:

Ohio and federal government agencies have the legal responsibility of monitoring every nursing home and imposing monetary fines or denying reimbursement payments through Medicare if investigators identify serious violations and deficiencies.

The nursing home also received one complaint over the last thirty-six months that resulted in a violation citation. Additional documentation about fines and penalties can be found on the Ohio Long-Term Care Consumer Guide.

Information on every intermediate and long-term care home in the state can be reviewed on government-owned and operated database websites including the Ohio Department of Public Health and Medicare.gov.

According to surveyors, “the facility failed to notify [a resident’s] Physician of medications not being available for administration.” The resident was receiving medications for generalized anxiety disorder.”

The nursing home “failed to ensure [a resident’s] medication orders regarding insulin administration were implemented as written.” Medical Records revealed that the resident had two conflicting Physician’s orders for the administration of insulin.

One Physician’s order instructed the nursing staff to administer insulin at 10:00 PM at blood sugar levels were between 250 and 400. However, a second Physician’s orders indicated that there was to be no insulin administration at bedtime (9:00 PM). The Director of Nursing verified that the resident “had two different medication orders.”

The facility failed to ensure employees received annual tuberculosis skin testing. This deficient practice “had the potential to affect all thirty-five residents residing in the facility.”

The nursing home “failed to provide adequate supervision and assistance during a transfer. Actual harm occurred when [the resident] sustained a left lower leg fracture when transferred to the bed with the assistance of one staff member when he was assessed to require the assistance of two. This [deficient practice] affected one of three residents reviewed for falls.”

A facility State Tested Nursing Assistant (STNA) verified that the resident’s “leg got caught in the resident fell to the floor.” The resident “complained of left pain leg following the transfer.”

Do you suspect that your loved one is the victim of mistreatment while living at Altercare Adena Nursing Center? Contact the Ohio nursing home abuse attorneys at Nursing Home Law Center at (800) 926-7565 for immediate legal intervention. We represent Jefferson County victims of abuse and neglect in all cities including Adena.

We provide an initial case consultation to every potential client at no charge. Our 100% “No Win/No-Fee” Guarantee means you will not pay us anything until after we have secured monetary recovery on your behalf. All information you share with our law offices will remain confidential.