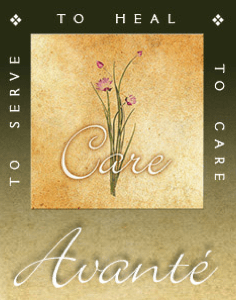 Both the State of Florida and the Centers for Medicare and Medicaid Services (CMS) conduct routine surveys, investigations, and inspections at every nursing home statewide. The efforts of the surveyors and inspectors help to identify serious concerns, violations, and deficiencies. When serious problems are identified, the facility is given the opportunity to improve the level of care they provide their residents and make significant adjustments to their policies and procedures.

In egregious cases, regulators might designate the center as a Special Focus Facility (SFF). This undesirable designation includes the addition of the facility on the national Medicare deficiency watch list. Surveyors and inspectors will conduct additional unannounced investigations throughout the year to ensure that any improvements made to the facility remain permanent.

Recently, regulators designated Avante at Orlando as a Special Focus Facility. The addition to the SFF watch list help identify the nursing home in the community as a convalescent center providing substandard care. Likely, the nursing home will remain on the watch list for many years to calm. Some serious concerns, violations, and deficiencies involving this facility are detailed below.

This Facility is a 118-certified bed “for-profit” Long-Term Care Home providing services and cares to the residents of Orlando and Orange County, Florida. The Center is located at:

Federal and state nursing home regulators have a legal duty to levy monetary penalties against any facility identified with egregious violations and deficiencies. These fines are meant to alert the public of convalescent homes in the community that provide substandard care and placed the nursing facility on alert that inadequate performance will not be tolerated.

In the last three years, regulators have imposed two major monetary penalties against Avante at Orlando. These penalties included a $538,715 fine on 01/05/2017 and an additional fine of $461,087 on 04/07/2017. During the same time, Medicare denied a request for payment on January 5, 2017, due to substandard care and handled three formally filed complaints that after completed investigations, all resulted in citations.

The state of Florida routinely updates their long-term care home database system with comprehensive details on all opened investigations, filed complaints, dangerous hazards, health violations, safety concerns, and incident inquiries. The search results can be found on numerous online sites including Medicare.gov. Many families use this information as an effective tool to determine where to place a loved one who requires convalescent nursing care, rehabilitation services and assistance with hygiene.

In a summary statement of deficiencies dated January 5, 2017, the state investigator documented the facility’s failure “to notify an interested family member regarding holding [medical services for a resident].” The incident involved a resident who was discharged from a hospital with kidney problems that needed to be closely monitored. “The family voiced understanding and wished the resident to be placed in skilled nursing care for further care.” However, the discharge summary report “did not reveal any discussion with the family regarding the discontinuation of [the medical treatment].”

A Licensed Practical Nurse “confirmed that she was the nurse who took the order from the nurse practitioner for [the resident]” to withhold medical treatment. The Licensed Practical Nurse “said that typically when there is a change in Plan of Care, the resident’s representative is notified. However, she could not recall if the family or resident representative was ever notified regarding [withholding the physician order medical treatment].”

In a summary statement of deficiencies dated January 5, 2017, the state surveyor documented identified deficiencies including the facility’s failure “to obtain admission physician orders for immediate and essential care regarding life-sustaining care and services [for a resident].” The deficient practice by the nursing staff “resulted in the deterioration of the resident’s condition to a level requiring rehospitalization within eight days of admission to the facility. The resident received hospice care within five days of transfer to the Acute Care Hospital and expired.”

In a summary statement of deficiencies dated April 7, 2017, the state investigator documented the facility’s failure “to ensure residents were free from neglect by providing adequate supervision and not being available for care and services during activity outings.” The deficient practice by the nursing staff resulted when a resident “was dependent upon staff or assistance, attempting to toilet himself after he could not locate staff.” The failure led to a fall and fracture to his right hip.”

The state investigator noted that “eight other residents attending the outing were left without any other staff supervision or assistance and were at high-risk for potential serious injury/impairment/death. The failure to provide goods and services necessary to avoid physical harm, mental anguish, or mental illness.”

The incident involved an activity outing to a large supercenter. However, “nine residents left the facility in two different buses with one staff member. All residents were long-term care residents, requiring 24-hour nursing care and had different levels of mobility and needs for assistance. During the outing, the staff member had to be paid by the super Center staff to come and assist [one resident] in the public restroom. There was incontinent of feces and [a fall] in the restroom. While the staff member was with [that resident] for approximately one hour, the other eight residents were left in the supercenter with no staff members to assist and with no mechanism to call for staff assistance.”

The resident who fell in the restroom “sustained serious injury [that required] hospitalization.” The surveyor noted that “the failure to identify and prevent neglect resulted in a substandard quality of care and Immediate Jeopardy starting on February 8, 2017.”

In a summary statement of deficiencies dated April 7, 2017, the state surveyor detailed the facility’s failure “to identify and provide supervision, care, and services to prevent accidents for nine residents during an activity outing.

In a summary statement of deficiencies dated May 18, 2017, the state investigator documented the facility’s failure to “treat residents in a dignified manner on two days observed for dining and having two diners dependent upon the staff.” The deficient practice involved the two residents need to “wait for forty-two minutes on May 15, 2017, and waited thirty-seven minutes on May 16, 2017, after lunch meal trays arrived while other residents around them ate lunch.”

In a summary statement of deficiencies dated May 18, 2017, the state investigator detailed the facility’s failure “to maintain an infection control program that includes sufficient tracking, training, reporting of infectious organisms, including multi-drug-resistant organisms (MDROs).” This deficiency involved the review of the facility’s Infection Prevention and Control Surveillance data reviewed on May 18, 2017.

The Coordinators “validated that the information was not collected and logged as an ongoing process during each month.” This deficiency increased “the risk of failure to timely identify infectious trends or clusters.”

In a summary statement of deficiencies dated May 18, 2017, the state surveyor documented that the facility “waived responsibility for lost or stolen items in the Admission Agreement.” The surveyor noted that within the facility’s Admission Agreement and Admission Packet, the Policy for the Theft or Loss of Personal Property of Residents “includes a Waiver of Liability.”

This document states that:

“I further understand that Avante, its owners, directors, officers, employees, management companies, parent companies, and affiliated companies for any theft or loss of my valuables and instead agreed to accept full responsibility and entirely assume any and all risk and liability for any such theft or loss.”

In a summary statement of deficiencies dated May 18, 2017, the state investigator documented the facility’s failure “to act upon grievances discuss and the resident council meeting to document the response and rationale for [five months] of Resident Council Meetings reviewed.”

If your loved one is suffering from Butte abuse, neglect, or mistreatment while residing as a patient at Avante at Orlando, or any nursing home, contacting a personal injury lawyer could be beneficial. With legal representation, your attorney can ensure that all necessary documentation is filed in the appropriate county courthouse before the Florida statute of limitations expires. With legal representation, your family can hold all those at fault for your loved one’s abuse financially and legally accountable.

Personal injury attorneys charge no upfront payments because all cases are accepted through contingency fee arrangements. This agreement provides immediate legal representation while postponing billing until the case is successfully resolved through a negotiated out of court settlement or a jury trial award. If the attorney is unable to secure financial compensation, your family owes the legal team nothing. Contact us today.