What is an Unstageable Bed Sore? 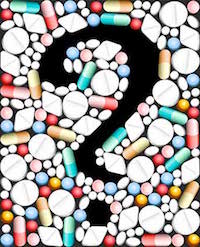 An unstageable bedsore is a bedsore whose severity cannot be determined with a visual exam. This is usually due to the exudate, or slough, covering the wound. Less severe bedsores do not form slough but the exact severity of a bedsore with an exudate covering is impossible to diagnose.

Despite this, healthcare staff should not remove the slough as it acts as protection for the wound and decreases the risk of infection. The slough is the body’s natural, biological cover.

A bedsore, also called a pressure sore or a decubitus ulcer, is a wound that opens on a patient’s body when that patient has been immobile too long on a surface, such as a wheelchair or a mattress. The pressure from lying or sitting on the surface cuts off the flow of blood to that part of the body, which leads to the death of the skin and tissue in the area.

For immobile patients, healthcare providers must give constant care. They require frequent turning to relieve pressure in at-risk areas. Keeping the patients clean and dry is also essential.

Exudate is the protein-filled fluid that leaks from a wound site and eventually congeals. It is a normal part of the healing process. Exudate can keep a wound moist, but caretakers must ensure that it does not remain wet for too long.

What are the Stages of a Bedsore?

Bedsores fit into one of four categories based on their severity. These categories are diagnosed by means of a visual exam.

It is only when slough covers a bedsore that its severity cannot be precisely determined. Early stage bedsores do not have slough, but if a bedsore is covered by slough it is considered “unstageable,” or impossible to determine.

Where do Bedsores Most Often Form?

Bedsores can form anywhere on the body. However, certain parts of the body are more vulnerable to bedsore formation than others. Since constant pressure is what starts the bedsore formation, body parts that tend to sustain the brunt of a patient’s weight are frequent sites of pressure sore formation.

Fat acts as a cushion for the body, relieving pressure from its weight. Body parts with little fat are more prone to forming bedsores than fattier areas. The body parts where bedsores most often form are:

Diligent attention to patients’ needs is the key to caregivers preventing bedsores of any stage from forming. Knowing the signs and symptoms of bedsores, and the conditions under which they may develop, is an important part of prevention. If caregivers discover a bedsore, they must immediately begin treatment.