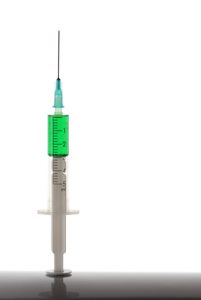 On April 20, a jury returned a verdict for the plaintiff and against a north St. Louis County nursing home after a mentally ill patient died when he received a fatal dose of morphine. The 45-year-old man had never been prescribed the opiate derivative and passed away at a hospital in 2009. Although his death was originally ruled as a heart attack, a toxicology report revealed a fatal level of morphine in his system. However, it is unknown how the patient ended up with the medication overdose.

The man’s brother and nephew filed the lawsuit against the care facility. Their attorney insisted that the man was unable to leave the facility and so he must have somehow gotten the drug there or from the staff. Witnesses testified that pain medication was sometimes left out at the nurses’ station and that some patients received morphine shots. The jury awarded the plaintiffs $700,000.

Although law enforcement personnel looked into the man’s death, they concluded that all of the morphine in the facility was accounted for. No charges were filed against the nursing home, and state health authorities observed no violations related to the medication overdose. The attorney for the nursing home observed that the damages might be lowered because of Missouri laws related to malpractice. She also suggested that they would appeal the decision. She further observed that the employees at the nursing home do their best on a daily bases to provide care for patients with a wide range of challenging health care issues.

The nursing home administrator did not comment on the lawsuit. The facility was rated lower than average at two out of five stars through Medicare, which relates to overall staffing and safety concerns. The home received a citation in December from state officials for health issues related to the excessive weight loss of several patients. The Missouri Protection and Advocacy Services looks into neglect and abuse charges of individuals who suffer with disabilities. In 2011, they looked into accusations that the nursing home failed to properly care for a 37-year-old patient who was hospitalized due to dehydration, kidney failure and allegations of poor nutrition. They found the facility did not give the proper medical treatment to the patient and planned to inform the state.