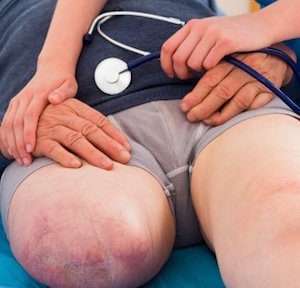 Often times, the decision to move a loved one into a nursing facility is the result of families who are unable to provide adequate care and assistance any longer. Unfortunately, many of these nursing facilities failed to provide the level of attention and medical treatment necessary to ensure the health and well-being of the resident. In fact, the Yuma nursing home abuse & neglect attorneys at Nursing Home Law Center LLC have witnessed a significant rise in the levels of psychological and physical abuse occurring in nursing facilities statewide.

Nursing homes house society’s most frail and vulnerable individuals. Many of these people are disabled, elderly or infirmed and no longer have the ability to protect themselves against harm. In many incidences, it is challenging for them to speak up against those that cause the mistreatment, neglect or abuse or are too embarrassed, too ill or too afraid of getting others into trouble. Sadly, the only way to ensure that your loved one is not hurt is to serve as their full-time advocate and spend as much time at the facility as possible to ensure that nothing goes wrong.

Statistics maintained by the CDC (Centers for Disease Control and Prevention) show that nearly one out of every four nursing facilities throughout the United States are cited every year for resident’s injuries or death. These numbers are often skewed because the true number of cases involving abuse and neglect in nursing facilities go unreported for various reasons. Sadly, the catastrophic results of many signs of mistreatment are shockingly common where victims acquire life-threatening bedsores, slip and fall due to a lack of assistance, live in filth, are given the wrong medication or become a victim of a broken system.

In an effort to provide assistance to families, our Yuma County nursing home lawyers routinely review many of the national databases of nursing facilities throughout the United States. The publicly available information outlines many of the health concerns, opened investigations and filed complaints and nursing facilities throughout Arizona. We post our results in an effort to help families make better decisions when placing a loved one in the hands of professional caregivers.

The list below contains the nursing facilities throughout the Yuma area currently maintaining below average ratings and the national databases, including Medicare.gov. In addition, our Arizona elder abuse lawyers have posted their primary concerns detailing the health hazards, maintenance issues, abuse of nursing staff and other serious problems that have caused resident’s harm, injury and/or death.

Overall Rating – 1 out of 5 possible stars

In a summary statement of deficiencies dated 05/14/2015, a notation was made by a state investigator during an annual licensure and certification survey concerning the facility’s failure to “implement their policy regarding abuse.” This deficient practice involves three residents at the facility.

The deficient practice was noted after review of the facility’s 09/11/2014 Final Investigative Report revealing “a resident to resident altercation occurred on the 300 unit on 09/06/2014 at 8:30 AM between [2 resident]. The report reflected that [1 resident] became aggressive with [another resident] pouring a bucket of diluted cleaning solution over [the resident’s] head and then attempted to hit the resident.” The report documents that staff members “witnessed the incident and were able to intervene before [the aggressive resident] was able to make contact with [the other resident].”

An interview was conducted on 05/13/2015 at 10:41 AM with the facility’s Director of Nursing who explained “that a thorough investigation of a resident to resident altercation and abuse [should include] determining what had occurred, the possible reason for the altercation and interviews with the residents involved, as well as witnesses, such as other residents and staff […and] that this information would be part of a complete investigation sent to the State Agency.”

In a 05/13/2015 interview with the facility Administrator, it was revealed that “she was unable to find any document in the that a thorough investigation was conducted.”

The state surveyor reviewed the state’s play database to show that the Director of Nursing reported another allegation involving “staff to resident physical abuse involving [a resident at the facility] which had allegedly occurred on 07/22/2014. Per the report, the resident had been beaten by a couple of different staff members, because she would not take her medicine.” The report noted that the facility’s Director of Nursing “interviewed a nurse named in the allegation, however; the report did not include the name of the accused staff member [… and] there was also no evidence that any other staff members were interviewed as part of their investigation.”

Our Yuma nursing home neglect attorneys recognize that failing to follow protocols and procedures concerning staff and resident abuse at the potential causing additional abuse to the resident. The deficient practice of Palm View Rehabilitation and Care Center might be considered negligence and abuse because the nursing staff and administration did not follow the facility’s policy title Abuse that reads in part:

“All investigations of alleged abuse or of other incidences that require self reporting to State and local agencies will follow a symptomatic approach to include: establish the who, what, where, why and how regarding the incident, interview staff and residents and obtain written statements for the staff and residents who are unable to write the statement, the supervisor must interview them and write their written statement [… and] provide a written summary of the findings to Administration”

In a summary statement of deficiencies dated 11/24/2015, a notation was made during an annual licensure and certification survey by a state investigator concerning the facility’s failure to “implement policies for reporting allegations of abuse in accordance with state regulations.” This deficient practice affected to residents at the facility.

The deficient practice was noted after review of records that indicated that the facility’s “administrator or designee was not notified by the employee of a witnessed slapping of [a resident’s] hand until five days after the alleged incident [… and] the Administrator was not notified of an alleged grabbing and yelling of a licensed nurse while providing care for [another resident] until two days after the alleged incident. Failure to report any form of allegations of abuse has the potential to affect the needs and safety of the residents.”

The state surveyor conducted in 08/26/2014 8:52 AM interview with the facility’s Director of Nursing who stated “that according to the Certified Nursing Assistant [providing care to residents] an alleged incident happened during the night shift on 08/08/2014 and was only reported to the Director of Staff Development (DSD) [5 days later].” During the interview, the Director of Nursing stated that according to the report made by the CNA that “the incident was not reported immediately to the Administrator due to fear of losing her job and feeling uncomfortable to report the incident.” However, the Director of Nursing indicated that “the allegation should have been reported immediately as per the facility’s policy.”

Our El Centro nursing home abuse attorneys recognize that failing to report any incident or allegation of abuse as the potential of causing additional harm or abuse to the resident or other residents at the facility. This failure by Valley Convalescent Center might be considered abuse or mistreatment because the nursing staff failed to follow the facility’s policies and procedures title Suspected Elder or Dependent Adult Abuse Reporting that reads in part:

“Reporting: the report shall be made by telephone immediately.”

Failure to Ensure the Physician’s Orders for Treatment and Services Not Only Continue, but Improve the Resident’s Ability to Care for Themselves

In a summary statement of deficiencies dated 06/25/2015, a notation was made during an annual licensure and certification survey by a state investigator concerning the facility’s failure to “assure that a psychiatric evaluation ordered by the physician for [a resident at the facility] was performed in a timely manner.”

The deficient practice was noted after a full review of resident’s records indicating that the resident “was on multiple medications that affect the psychological, psychiatric and behavioral aspects of the individual, and the evaluation was ordered specifically for that reason. As a result, the resident’s care and treatment have the potential to be affected.”

Our Brawley nursing home neglect attorneys recognize that any failure to follow protocols and procedures concerning physician’s orders can have a negative impact on the health and well-being of the resident. The deficient practice of Imperial Heights Healthcare and Wellness Centre might be considered negligence or mistreatment.

Violating a Resident’s Bill of Rights

You can Afford an Attorney

If you suspect your loved one is a victim of abuse or neglect in a nursing facility, it is essential to consider hiring a lawyer. Hiring legal representation is likely more affordable than you believe. This is because The Yuma nursing home abuse attorneys at Nursing Home Law Center LLC accept all nursing home abuse cases, personal injury claims and wrongful death lawsuits through a contingency fee agreement. This means legal services are only paid to our firm once we have negotiated acceptable amount of financial recompense through an out of court settlement or after we win your jury award at the conclusion of the successful lawsuit trial.

Our Arizona team of dedicated reputable elder abuse attorneys have years of experience handling cases involving abuse, negligence and mistreatment occurring in nursing facilities throughout the Yuma area. We encourage you to contact our Yuma County elder abuse law offices by calling (800) 926-7565 today to schedule your free, full case evaluation. All information you share will remain confidential.

If you are looking for information on a specific facility or an attorney, please see links below to respective locality pages.