Everyday I am reminded never to take the health of myself and my family for granted.  If there’s one thing that I continued to be impressed with is the fact that no one ever expects to be injured due to the negligence or poor decisions of another person. 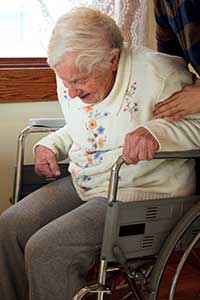 Particularly with doctors and medical professionals, we expect that their knowledge will help guide us through an illness or injury.  Unfortunately, there are never any guarantees that the person or medical facility we entrust to make correct decisions for us will actually do so.

With the uncertainly in life, go out and live every day as full as you possibly can, and never take forgranted the health of yourself or those around you.

The Nursing Home Law Center LLC wishes everyone a happy, healthy and prosperous 2011. Thank you for taking the time to read our blog and make this one of the most popular medical-legal websites on the web!

With more than 300 blog posts in 2010, its easy for entries to get buried, here are the 10 most popular Nursing Home Law Center LLC Blog entries for your review.

1) When Bruises Can’t Speak For Themselves: The Difficulty Proving Abuse Of Disabled Nursing Home Residents

News & Observer, had an article about the difficulty proving physical abuse in disabled nursing home residents who are unable to communicate any information about the act. The article focuses on an 88-year-old disabled woman who sustained bruises to her face(consistent with abuse) while a resident at Sunnybrook Healthcare and Rehabilitation in Raleigh, N.C. The woman suffered from advanced dementia and was unable to walk or roll over– therefore bruising due to a fall could immediately be ruled out. Continued….

2) Bed Sores: Not Just A Pain In The Butt– More Like An Uncontrollable Killer

Pressure sores (also referred to as bed sores, pressure ulcers, or decubitus ulcers) are an all too common and painful problem for nursing home residents.

Most pressure sores are preventable and are caused by faulty care where the nursing home or hospital does provide adequate care to prevent and treat bed sores. Patients vulnerable to developing pressure sores are the elderly, people who are bedridden, and people with diabetes. Continued….

Perhaps someone should have advised Angela Almore, a nurse at Britthaven in Chapel Hill, NC, that physicians are the only ones capable of prescribing prescription medications for patients.

Seemingly taking the practice of medicine into her own hands when she administered Morphine to patients who should not be taking it; Ms. Almore now faces one count of second-degree murder and six counts of felony-patient-abuse after the death of one patient and the hospitalization of six others she was responsible for caring for in the Alzheimer’s unit at the facility. Continued….

4) Children In Nursing Homes: Truly The Most Vulnerable

Many families are forced to institutionalize their disabled children in nursing homes because of many states don’t have the resources to pay for in-home care. This puts parents in the difficult position of funding expensive home care on their own or having their child live in a nursing home, surrounded by elderly adults, and many families simply cannot afford the cost of in-home care workers and nurses.

The Centers for Medicare and Medicaid Services estimates that about 4,000 children live in nursing homes in the U.S. and that number is steadily growing as health care resources are increasingly spread thin. Continued….

After discovering multiple health and safety problems, Florida officials have suspended the admission of new residents to Emeritus at Crossing Pointe– a Florida Assisted Living Facility.

A September inspection of Emeritus revealed:

Given the frequency (approximately 80+% of all nursing nursing home patients will experience a fall this coming year) with which nursing home falls occur, facilities must be on the lookout when it comes to implementing fall prevention techniques in order to improve patient safety. Too often, the prevention comes too late– if at all.  Continued….

An improperly inserted nasal feeding tube was the cause of an 84-year-old’s death in a California Nursing Home according to an investigation completed by the California Department of Health.

Investigators from the department determined that the nursing home patient died from aspiration pneumonia after insertion of a feeding tube because the nasal feeding tube was incorrectly inserting into his lungs rather than his stomach. Continued….

In 2008 authorities from Florida regulatory agencies warned Homewood Residence, a Brookdale Senior Living facility, to secure areas of its kitchen and other areas of the facility that were accessible to residents with dementia.

The warning came after dangerous products such as: coffee pots, curling irons and chemical products were found unsecured at the facility. Continued….

9) Special Focus Facilities: The Worst Nursing Homes Of All

I get a large number of questions from nursing home patients and families regarding focused on finding the ‘best’ facilities available. For some reason, I get an even larger number of people who ask me who the ‘worst’ facilities are. Maybe there’s some sport associated with identifying these facilities? But for to today, let’s feed the need to identify the poor performing nursing homes– the Special Focus Facilities.

If you are a nursing home operator or employee the Special Focus Facility (SFF) is definitely a club you want no part of. Rather, the SFF was created by The Centers for Medicare & Medicaid (CMS) as an assemblage of facilities that deserve special recognition for the inadequate care they typically provide to their patients. Continued….