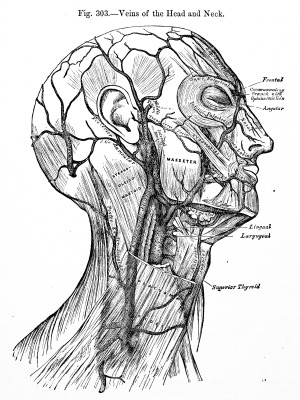 Frequently undiagnosed and under-appreciated, falls amongst the elderly can frequently result in brain bleeds or technically termed ‘subdural hamatoas’.   Because elderly are predisposed to developing subdural hamatomas, staff in nursing homes and hospitals need to be tuned into the symptoms and when to seek additional medical care.

What is a subdural hematoma?

A subdural hematoma is a type of intracranial bleeding (hemorrhage), caused by head injury.  Subdural hematomas occur when blood vessels burst in the space between the brain and the outermost membrane that covers the brain (dura mater).  The collection of blood forms a hematoma, which puts pressure on the brain tissue.

There are three types of subdural hematomas: acute, sub-acute, and chronic.  Acute subdural hematomas are the most dangerous and are usually caused by a severe head injury.  With sub-acute hematomas, the signs and symptoms take longer to appear (days or weeks).  Chronic hematomas can be caused by less severe head injuries, and symptoms can take weeks to appear because of slower bleeding.

The following may increase the risk for subdural hematomas:

The signs and symptoms of a subdural hematoma may take days or weeks to occur after a head injury and can be caused by a relatively minor head injury.  A person may even appear fine after a head injury, which is called the lucid interval.  However, as blood collects, it puts pressure on the brain, producing some or all of the typical symptoms.

Indicators of a subdural hematoma include:

As increasing amounts of blood fills the space between the brain and skull, additional symptoms might arise:

Because subdural hematomas can be life-threatening, it is important to seek medical attention if there is loss of consciousness or if the person experiences any of the signs or symptoms.  CT (computerized tomography) scans or MRI (magnetic resonance imaging) scans can be used to provide images of the brain in order to diagnose subdural hematomas.

Treatment of subdural hematomas depends on the severity of the bleeding.  If the bleeding is minor and there are no signs or symptoms, the hematoma might not need to be removed.  Also, after a head injury, diuretic medications can be used to control brain swelling (edema).  However, if the hematoma requires treatment, surgery is often necessary.

This might include surgical drainage (a doctor makes a hole in the skull and sucks up the liquid) or a craniotomy (a doctor surgically opens the skull to remove the blood).  After surgery, many patients require anticonvulsant drugs to control or prevent seizures.  And, even after surgery, recovery might be incomplete and amnesia, attention difficulties, anxiety, sleep problems and headaches may occur for an extended period of time.

Older adults are more likely to suffer from a subdural hematoma as a result of a minor head injury, especially for those taking anticoagulants or anti-platelet agents.  Elderly nursing home residents are particularly at risk for dangerous subdural hematomas because of increased risk of falls, which can cause dangerous head injuries.

Also, nursing home staff might be unable to properly identify the signs and symptoms of a subdural hematoma because many indicators are also common in many elderly residents because of age or disease, which may lead to a dangerous delay in medical attention.

Therefore, nursing home staff must closely monitor all residents– especially following falls or trauma– and take necessary steps to prevent and report falls, and report changes in behavior that might indicate a dangerous brain injury.

How Many Falls Is Enough To Impose Responsibility On Nursing Homes?