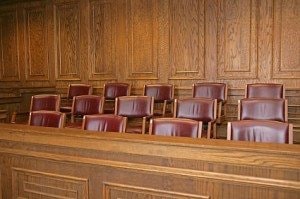 The horrific death of an elderly California woman raises disturbing questions about who’s ultimately responsible for the care of older relatives.

When paramedics found 91-year-old Maria “Concha” Lopez in her home in December 2009, she weighed 35 pounds and was covered in her own feces and urine. She also had numerous stage four pressure ulcers; several of which were so severe that they bared down to the bone. Her primary caretaker, 26-year-old great-niece Stephanie Hernandez, was arrested on charges of elder abuse and murder. She was later let go and re-arrested in February 2010.

In her trial, which took place this April, Hernandez was presented by her lawyers as a caring relative who never meant to let things spiral so out-of-control.

“There’s absolutely not one shred of evidence that Stephanie knew that if Concha died….she’d be accused of murder,” said defense attorney Craig Collins. “The evidence is clear. Stephanie didn’t cause Miss Lopez to die.”

“I’ve never seen someone with this skin condition – the numerous wounds; the inflammation, the rashiness,” said Dr. Kathryn Locatell. “There’s no treatment. It’s evidence of neglect. It’s not a part of normal dying. It’s not part of dying at all.”

“These wounds,” added Locatell, “are extremely painful, as the skin is loaded with nerve endings. This is appalling.”

The jury heard five weeks of testimony before deciding to acquit Hernandez on charges of murder, involuntary manslaughter, and felony elder abuse. According to the L.A. Times, jurors said there wasn’t enough evidence that Hernandez had intended to harm her great-aunt.

The jury remained deadlocked on the lesser charge of misdemeanor elder abuse.