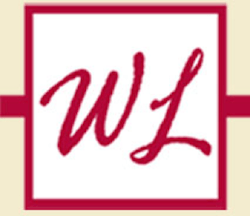 Do you suspect that your loved one is being mistreated or neglected while residing in a Montgomery County nursing home? Are you concerned that their facility acquired bedsore or injuries from a fall could have been prevented had the nursing staff follow the established procedures and protocols? If so, contact the Ohio Nursing Home Law Center Attorneys now for immediate legal assistance.

Our team of lawyers fights aggressively on behalf of our clients to ensure that their rights are protected. We use the law to seek financial compensation to recover their monetary damages. Let us begin working on your case today.

This Medicare and Medicaid-participating nursing center is a "for profit" home providing services to residents of Gibsonburg and Montgomery County, Ohio. The 99-certified bed long-term care home is located at:

The investigators for the state and federal nursing home regulatory agencies have the legal responsibility of penalizing any facility that has violated rules and regulations that harmed or could have harmed a resident. These penalties often include monetary fines and denying payment of Medicare services.

The state of Ohio and federal government regularly updates their long-term care home database system with complete details of all deficiencies, citations, and violations.

According to state investigators, “the facility failed to ensure [two residents] were free from verbal abuse.” The deficient practice by the nursing staff affected two of three residents “reviewed for abuse.”

When the cart bumped into the resident, both the Hospitality Aide and the resident “began to yell various derogatory statements toward one another.” The Aide “was noted to have told [the resident] to shut the (exploitive) up.”

In a separate incident documented on December 7, 2018, a second Self-Reported Incident revealed that on that afternoon “another State-Tested Nursing Assistant (STNA) reported to the facility Administrator that [an STNA] was verbally inappropriate to [a different resident].” The STNA stated that the resident “was going to cause her to lose her job if he did not let go of her neck.” The STNA “was immediately suspended and during the investigation of the incident, admitted to saying the above statement to the resident and also admitting to saying ‘if I was anywhere else, I would hurt you. If I did anything to him, I would lose my job.’”

The administration terminated the STNA’s employment after the investigation.

In a separate summary statement of deficiency dated July 11, 2018, a self-reported Incident documented the facility’s failure “to ensure all residents were free from verbal and physical abuse.” While the failure directly affected one resident reviewed for abuse it had the potential to affect “the additional thirteen residents who reside on the dementia unit.”

The survey team reviewed a self-reported incident documented on June 15, 2018, that revealed a State-Tested Nursing Assistant (STNA) had verbally abused a resident. The report substantiated by the Assistant Director of Nursing documented that the resident “was found on the floor in the common area of the dementia unit by [and STNA who reported to the Assistant Director that a different STNA said to the resident], ‘sweet, my (derogatory), and now you are going to get all the attention you want.”

In STNA and a Hospice Aide witnessed a different STNA “verbally abusing the resident.” The resident stated during an interview that the STNA “was always mean to her.”

Were You Abused or Neglected at Windsor Lane Healthcare Center? We Can Help

Do you suspect that your loved one suffered injury or died prematurely while living at Windsor Lane Healthcare Center? Contact the Ohio nursing home abuse lawyers at Nursing Home Law Center at (800) 926-7565 for immediate legal intervention. We represent Montgomery County victims of abuse and neglect in all areas including Gibsonburg.