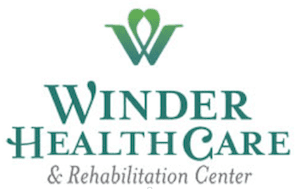 Do you believe that your loved one is the victim of mistreatment or neglect while residing in a Barrow County nursing facility? Did they suffer a fall or develop bedsores that could have been prevented? Were they injured through resident-to-resident assault or staff-to-resident assault?

We urge you to contact the Georgia Nursing Home Law Center attorneys now for immediate legal intervention. Our team of lawyers has successfully resolved cases just like yours, and we can help your family too. Contact us now so we can begin working on your case to ensure you receive monetary compensation for your damages. We will use the law to ensure that those responsible for the harm are held legally accountable.

This nursing home is a Medicare and Medicaid-participating "for-profit" center providing cares and services to residents of Winder and Barrow County, Georgia. The 163-certified bed nursing facility is located at:

The investigators for the federal government and state of Georgia nursing home regulatory agencies have the legal authority to impose monetary fines or deny payment for Medicare services if the nursing facility is cited for serious violations of rules and regulations.

Over the last thirty-six months, Winder Health Care and Rehab Center received one formally filed complaint that resulted in a citation. Additional information concerning the facility can be reviewed on the Georgia Nursing Home Reporting Website.

Our attorneys review data on every long-term and intermediate care facility on Medicare.com and the Georgia Department of Public Health website.

According to investigators, "the facility failed to report an allegation of physical abuse for one resident until nine days after they were made aware of the allegation." The nursing home also "failed to obtain written statements from all parties involved as outlined in their abuse policy."

The surveyors reviewed the Interdisciplinary Progress Notes that revealed the resident "complained of left knee pain, that swelling was noted, that an x-ray of the left knee was negative, and that ice to the left knee every eight hours as needed for pain and swelling was ordered." A review of the Employee Reprimand Form documented in a Certified Nursing Assistant (CNA) personnel file revealed that "a resident reported pain after being transferred and stated it was rough, and caused swelling."

The documentation shows corrective action including "abuse in-service education. In serviced on customer service and when to pick up on verbal cues from a resident and when to walk away."

The state surveyors interviewed the facility's Administrator and Co-Abuse Coordinator who stated that [they were aware of the allegation of physical abuse after [the resident] told the day shift CNA that she had pain in her knee, and the resident's knee was swollen."

The Administrator "stated that it was her fall the report was not submitted to the State in a more timely manner once they receive the allegation from [the resident] of rough handling. She further stated that when she had interviewed the resident, [the resident did acknowledge that] the CNA was rough, but that she took it to mean that the pain in the resident's knee was rough, and not the care that the CNA provided to [the resident] was rough."

The facility "failed to transfer one resident with the required number of staff [members], resulting in swelling, bruising, and pain to the residents left knee. In addition, the facility failed to store chemicals in a manner to keep them inaccessible to cognitively-impaired residents on two of seven halls."

Need to Hold Winder Health Care and Rehab Center Accountable for Neglect? We can Help

Were you the victim of mistreatment, neglect or abuse while living at Winder Health Care and Rehab Center? Contact the Georgia nursing home abuse lawyers at Nursing Home Law Center at (800) 926-7565 for immediate legal intervention. We represent Barrow County victims of abuse and neglect in all areas including Winder.

Our legal team offers every client a free, initial case consultation. Additionally, we offer a 100% "No Win/No-Fee" Guarantee. This promise means you do not owe us anything until we have secured monetary compensation on your behalf. All information you share with our law offices will remain confidential.