Lawyers for Injured & Abused at Wilson Rehabilitation and Nursing Center 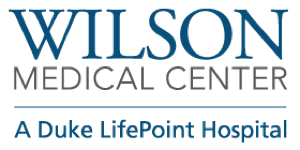 Are you concerned that caregivers at the Wilson County nursing facility have victimized your loved one through negligence and mistreatment? Do you suspect they have been physically, mentally, emotionally, or sexually assaulted by the nursing staff, visitors, or other patients?

Contact the North Carolina Nursing Home Law Center Attorneys now for immediate legal intervention. Our team of abuse prevention lawyers will use the law to obtain financial compensation on your family’s behalf.

This Medicare and Medicaid-participating facility is a “for-profit” center providing services to residents of Wilson and Wilson County, North Carolina. The 90-certified bed long-term care home is located at:

North Carolina and federal nursing home regulatory agencies have the legal authority to impose monetary fines and deny payment for Medicare services for any nursing facility cited for serious violations of regulations and rules.

The nursing home received four complaints over the last three years that resulted in a violation citation. Additional information concerning the facility can be reviewed on the comprehensive North Carolina Department of Health and Human Services Adult Protective Services Website.

The state of North Carolina and the federal government regularly updates its long-term care home database system with complete details of all deficiencies, citations, and violations.

The state investigators determined the nursing home "failed to ensure a resident, dependent on transfers by a lift, was transferred by a lift which resulted in an assisted fall without injury .” The investigation involved a moderately cognitively impaired resident who “requires total assistance from two persons for transfers. The [medical records revealed that] the resident used a wheelchair but was dependent on staff for all efforts of mobility.”

The resident’s Nursing Notes dated between February 20, 2019, and February 28, 2019, revealed that the resident “transferred out of bed to the wheelchair using a mechanical lift daily seven times.” On the last day, the Nurse’s Note described the patient as “weak and [was] lowered to the floor during a transfer. The use of a mechanical lift was confirmed during the interview process.”

The resident stated during an interview that “while the staff was getting her up to the side of the bed, there was a blanket on the floor, and she just sat down.” The resident further said that “she thought [that] one person was helping her but was not sure.” The resident “denied any injury from the fall.”

In a separate summary statement of deficiencies, dated March 23, 2018, the nursing home “failed to provide supervision to prevent accidents, investigate each accident to determine causative factors, and implement interventions to prevent further accidents.” The investigation involved one resident “reviewed for accidents, which resulted in numerous and continued falls.”

The resident’s Care Plans indicated numerous interventions, including keeping the bed in a low position, installing fall mats at the bedside, maintaining a bed alarm, and ensuring that there was a “ non-slip mat to the wheelchair cushion [and] anti-rollback brakes on the wheelchair.” The nursing staff was to toilet the resident every two hours.

There were fourteen other occasions from that time until March 18, 2018, where the resident was found on the floor after falling.

Do You Have More Questions about Wilson Rehabilitation and Nursing Center? Let Our Team Help

Has your loved one been being mistreated or neglected while living at Wilson Rehabilitation and Nursing Center? Contact the North Carolina nursing home abuse prevention lawyers at Nursing Home Law Center at (800) 926-7565 for immediate legal intervention. We represent Wilson County victims of abuse and neglect in all areas, including Wilson.

We provide every potential client a free initial case consultation and offer a 100% “No Win/No-Fee” Guarantee. This promise means you will not pay us anything until after we have secured a monetary recovery on your behalf. All information you share with our law offices will remain confidential.