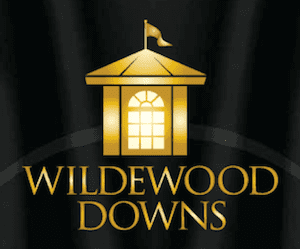 Do you believe that the care provided to your loved one living in a nursing facility does not meet professional standards of quality? Do you think your loved one might be the victim of abuse, neglect, mistreatment or injury at the hands of their caregivers, other residents, visitors or employees? If so, the nursing facility might not be following state and federal statutes that require them to comply with established procedures and protocols. Our nursing home abuse affiliated attorneys have represented many families in the Richland County area whose loved one was harmed by those entrusted to provide them care. We can help your family obtain financial compensation for your damages and seek justice to hold those responsible for hurting your loved one legally and financially accountable.

If your loved one has been mistreated at Wildewood Downs Nursing and Rehabilitation Center, contact our South Carolina nursing home abuse lawyers.

This Nursing Center is a "for-profit" facility providing services and cares to residents of Columbia and Richland County, South Carolina. The 32-certified bed Long-Term Care Nursing Home is located at:

The federal government, through nursing home regulatory agencies, can impose fines or deny payment for Medicare services for any nursing facility with severe violations of rules and regulations. Typically, hefty fines are levied against the nursing home when the most egregious violations have occurred that harmed or could harm a resident. Within the last three years, nursing home regulators fined this facility $204,620 on April 1, 2016. Additional documentation about penalties and fines can be found on the South Carolina Department of Health and Environmental Control Website concerning Wildewood Downs Nursing and Rehabilitation Center.

Our network of attorneys review data on every long-term and intermediate care facility in South Carolina. Families can obtain this publicly available information by visiting numerous state and federal government databases including Medicare.gov and the South Carolina Department of Public Health websites. These sites provided the latest information on opened investigations, dangerous hazards, filed complaints, safety concerns, incident inquiries, and health violations on every facility in the United States. This data is a valuable tool to use when choosing the best location to place a loved one who needs the highest level of services and care in a safe environment.

Injured or Abused While Residing at Wildewood Downs Nursing and Rehabilitation Center?

If you suspect your loved one has suffered harm through abuse, neglect or mistreatment while a resident at Wildewood Downs Nursing and Rehabilitation Center, call the South Carolina nursing home abuse lawyers at Nursing Home Law Center at (800) 926-7565. Our network of attorneys fights aggressively on behalf of Richland County victims of mistreatment living in long-term facilities including nursing homes in Columbia. Our nursing home abuse attorneys can represent your loved one injured by the inappropriate actions of the facility and staff. We will work on your behalf to ensure your family receives sufficient financial compensation to recover your damages. Contact us now to schedule a free case review to discuss how to obtain justice and resolve a financial compensation claim. Let us fight aggressively on your behalf to ensure your rights are protected.

We accept every nursing home neglect case, wrongful death lawsuit, personal injury claim for compensation through contingency fee agreements. This arrangement postpones your need to make a payment for our legal services until after our attorneys have resolved your case through a jury trial award or negotiated out of court settlement. We provide every client a "No Win/No-Fee" Guarantee, meaning if we are unable to obtain compensation on your behalf, you owe our legal team nothing. Our team of attorneys can begin working on your behalf today to make sure you are adequately compensated for your damages. All information you share with our law offices will remain confidential.