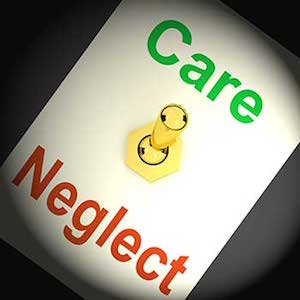 A West Virginia nursing home was sued for negligence after a former patient died of injuries resulting from decubitus ulcers he obtained while living at the home. The suit names Valley Center and its parent company Genesis Healthcare Corporation as defendant, and is one of many cases involving decubitus ulcers as a result of nursing home neglect.

Decubitus ulcers, also referred to as pressure sores, bed sores, or pressure ulcers, are a preventable open sore on the body caused by the breakdown of tissue surrounding various pressure points in the body. Pressure points are often located on or near bony prominences such as the heel, knee, elbow, hip, coccyx, head and shoulder. When pressure is maintained on pressure points, capillaries supplying blood, oxygen and nutrients to the skin are constricted, reducing blood flow.

Reduced blood flow, in turn, reduces the ability of oxygen and nutrients to reach the skin, causing it to disintegrate and die. Large areas of dead skin can slough off, forming large, open sores in sensitive areas. Sores can then widen and deepen, exposing fatty tissue, muscle, tendons, and even bone.

Patients who are especially at risk include:

How was George Phillips Failed by Staff?

According to Garnet Phillips, her husband George Phillips was a resident at the facility for only a month, from September 20, 2009 to October 18 of the same year. In that time, he developed bed sores, exacerbated by neglect of his nutrition and hydration. Not only had nursing home staff failed to recognize his many risk factors, neglect worsened his situation and caused him to actively develop bed sores while at the facility.

Once present, decubitus ulcers generate a high risk for further infections such as sepsis, cellulitis, and others. Nursing home staff must exercise extreme care to prevent introducing pathogens into open wounds or spreading from one wound to another. Proper handwashing techniques, patient skin hygiene, and sanitation of surrounding bandages, bedding and clothing are important ways to prevent and manage infection.

Unfortunately, George Phillips was suffering from a urinary tract infection and sepsis at the time of his death, conditions allegedly brought on by the nursing home’s neglect of his decubitus ulcers. Garnet Phillips also claims that, in addition to allowing infection to spread, staff did not provide any treatment to improve the condition of his skin, which allowed the sores to spread to an unmanageable level. While the exact extent of Mr. Phillips’ decubitus ulcers has not been revealed, it is clear he experienced several lapses in care, which allowed infection to set in and become severe. Four advanced stages of the condition exist:

How Could Staff Have Prevented George Phillips’ Death?

Another of Garnet Phillips’ accusations is that staff failed to implement preventive measures to impede decubitus ulcer formation. These usually include identifying at-risk patients and frequently monitoring for signs of ulcers. The most common method of prevention involves repositioning patients regularly to prevent any one area of skin from enduring too much pressure.

Commonly, nursing homes and hospitals have adopted a “move every two” policy, in which staff is to turn or reposition patients at least every two hours. However, some patients are sensitive to frequent manipulation or may have skin or other conditions that could cause more damage to the skin than is necessary. In these cases, another method is suggested which involves monitoring for signs of stress to the skin after a position is held for a time, then turning at least 30 minutes prior to the recorded time elapsing.

According to Mrs. Phillips, Valley Center not only neglected to reposition the patient, but also neglected to provide him with pressure reducing devices such as pillows, mattress pads, and cushions. Devices designed to relieve pressure can allow easier blood flow to affected regions and prevent the beginning stages of decubitus ulcers.

Mrs. Phillips’ lawsuit was settled for an undisclosed amount and both Valley Care and Genesis Health continue to operate today. The Phillips case emphasizes the importance of properly trained nursing home staff complying with industry-wide standards for the prevention, care, and treatment of decubitus ulcers. Ulcers are entirely preventable injuries Mr. Phillips would likely not have sustained had he not been a patient at Valley Center, resulting in their liability for his injury, suffering and death.