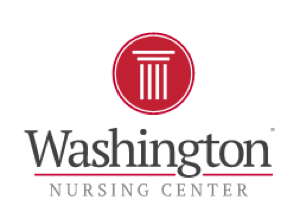 Mistreating senior citizens living in nursing homes is an unacceptable, reprehensible, and disgraceful action done by the hands of caregivers, visitors, and other patients. Many families relocate their loved one into the nursing home knowing that they will receive the highest level of care in a safe environment. Unfortunately, neglect and abuse are an all too common occurrence that leaves victims harmed, injured, or dead.

If your loved one was injured while living in a Daviess County nursing facility, contact the Indiana Nursing Home Law Center attorneys now for immediate legal intervention. Let our team of lawyers work on your family’s behalf to ensure you are financially compensated for your monetary damages.

This center is a 140-certified bed Medicare and Medicaid-participating facility providing services to residents of Washington and Daviess County, Indiana. The "county government-owned nonprofit" long-term care home is located at:

The federal government and surveyors and Indiana have a legal duty to monitor every nursing facility and impose monetary fines or deny payments through Medicare when investigators identify violations of established nursing home regulations and rules. In serious cases, the nursing facility will receive heavy monetary penalties if investigators find the violations are severe and harmed or could have harmed a resident.

Within the last three years, federal investigators imposed a monetary fine against Washington Nursing Center for $12,500 on June 20, 2017, citing substandard care. This nursing home also received twelve complaints and self-reported one serious issue over the last thirty-six months that resulted in violation citations.

Additional documentation about fines and penalties can be found on the Indiana Nursing Home Report Cards Website.

Information on every intermediate and long-term care home in the state can be reviewed on government-owned and operated database websites including the Indiana Department of Public Health and Medicare.gov.

According to state investigators, “the facility failed to report an allegation of abuse no later than two hours after the allegation was made.” During the interview on July 11, 2018, the resident indicated a Licensed Practical Nurse (LPN) “had tried to collect a urine sample from him a couple of weeks ago by inserting a needle into the head of his penis and pushing and pulling on the syringe.”

The resident indicated that “his penis has been bleeding since.” The resident stated that “he was unsure why she did this, as he has had a Foley catheter. He indicated [that the CNA] was in the room at the time and told [the LPN] she did not think that is how it is supposed to be done.”

The resident indicated “he was very upset about this and had reported the incident to several staff [members] in the last couple of weeks.” The documentation shows that two days later observations of the resident were made. During that time, there was dark dried blood on the resident’s sheet and blanket at the level of his penis.”

An LPN was observed coming into the resident’s room, and the resident’s “demeanor changed, he became upset, he yelled at the nurse get out of his room, that he did not want her touching him.” The surveyors noted that the most recent incident reports “lacked documentation of the incident with [the resident]. At this time, the interim Director of Nursing indicated a report was not filed. The Administrator indicated she had not heard of this incident and would follow up as quickly as possible.”

The Director of Nursing indicated that “for any allegation of abuse, the Director of nursing needs to be notified immediately and it should be put on the state portal within the next two hours. She indicated, immediately following the investigation, the appropriate action would be to separate the alleged abuser and victim and assess the victim for injury.” The Director stated that “the resident’s medical and psychosocial needs should be met, and interviews completed from the resident and any persons who were around when the occurrence took place.”

Has your loved one been being mistreated or neglected while living at Washington Nursing Center? Contact the Indiana nursing home abuse attorneys at Nursing Home Law Center at (800) 926-7565 for immediate legal intervention. We represent Daviess County victims of abuse and neglect in all areas including Washington.

We provide every potential client a free initial case consultation and offer a 100% “No Win/No-Fee” Guarantee. This promise means you will not pay us anything until after we have secured a monetary recovery on your behalf.