Lawyers for Abused & Mistreated at Washington Center for Aging Services 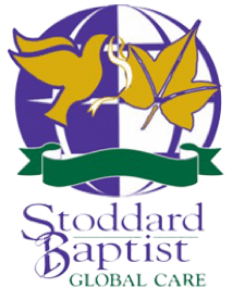 Are you concerned that your loved one living in a nursing facility might be the victim of mistreatment? Were they injured in a preventable fall or develop avoidable bedsores because the nursing home neglected to provide adequate supervision or nursing care? Did the facility’s caregivers, visitors, or other patients physically, mentally, verbally, or sexually abuse your loved one?

The District of Columbia Nursing Home Law Center Attorneys fights aggressively to maintain the rights of Washington D.C. Metropolitan Area nursing home patients. Our team of abuse prevention lawyers uses the law to obtain financial compensation for victims who want to seek justice for their injuries. Contact us now so we can begin working on your case today.

This long-term care center is a 259-certified bed "non-profit" home providing services to residents of Washington and Washington District of Columbia Metropolitan Area. The Medicare and Medicaid-participating facility is located at:

Federal and state investigators can penalize any nursing home that has violated rules and regulations that resulted in harm or could have resulted in the harm of a resident. These penalties include imposing monetary fines and denying payment for Medicare services.

Our attorneys review data on every long-term and intermediate care facility on Medicare.com and the District of Columbia Department of Public Health website.

The facility Administrator stated that “all residents were checked, and three residents who are combative or exhibit combative behaviors are identified.” The “Certified Nursing Assistant (CNA) identified in the complaint survey is no longer employed as of July 16, 2019.”

A review of a Nurse’s Note indicated that a member of the staff was called by a CNA “to come to the resident’s room.” The CNA stated that “he was trying to give care to the resident when she became combative in the process of turning, and the resident hit her head on the side of the rail of the bed.” The staff member assessed the resident “and noted swelling” on the left side of her face. The resident was transported to the emergency room via 911.

Hospital records show the results of a CAT scan that revealed that the resident had “sustained trauma, [with] left pre-orbital soft tissue swelling, [with a] displaced fracture [orbital fracture].”

The “facility failed to stop giving morning care to a combative resident who was attempting to scratch the employee. Subsequently, the resident sustained [an injury].”

A Progress Note indicated that the resident “does have swelling of the face and lips, which are clearly trauma-related. The patient’s teeth, which are broken, also have excessive decay, which is unrelated to the incident.”

Abused at Washington Center for Aging Services? Our Attorneys Can Help

Do you suspect that your loved one is the victim of mistreatment while living at Washington Center for Aging Services? Contact the District of Columbia nursing home abuse prevention lawyers at Nursing Home Law Center at (800) 926-7565 for immediate legal intervention. We represent Washington D.C. Metropolitan Area victims of abuse and neglect in all areas, including Washington.