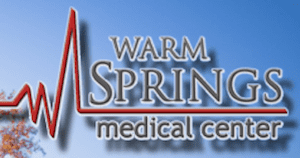 Is it your responsibility to protect your loved one from neglect or abuse while they live in a Meriwether County nursing facility? Do you believe that they may be the victim of mistreatment at the hands of caregivers, other residents, visitors or employees?

The Georgia Nursing Home Law Center attorneys represent nursing home victims and use the law to protect their rights, transfer them out of an abusive situation and seek monetary compensation to recover their damages. Contact us now so we can begin working on your case today.

This nursing facility is a "for-profit" Medicare and Medicaid-participating home providing services to residents of Warm Springs and Meriwether County, Georgia. The 79-certified bed long-term care center is located at:

Federal investigators penalize nursing facilities with monetary fines and denied payment for Medicare when the nursing home has been cited for serious violations of rules and regulations.

Information on every intermediate and long-term care home in the state can be reviewed on government-owned and operated database websites including the Georgia Department of Public Health and Medicare.gov.

The state investigators noted the "facility failed to implement an active Do Not Resuscitate (DNR) order upon death for one resident out of seven expired residents." Also, "the facility failed to ensure the Physician order parameters were followed when administering blood pressure medication for [another resident]; and failed to ensure that the sliding-scale insulin was administered per Physician's orders for [two other residents]."

In one incident, the surveyors reviewed a resident's Nursing Notes that documented that the resident's son "came in and spoke with the Social Worker regarding code status. The son understands that his [father's] health is declining and stated that the resident has stated 'I am ready.' The son signed the Physician order for [a DNR]."

The investigators reviewed the POLST form signed by the Medical Director and the son of the resident that revealed: "to allow a natural death and do not attempt to resuscitate." A review of the resident's Progress Note documented at 5:55 AM revealed the resident "was found unresponsive with no pulse and unable to obtain vital signs. Chest compressions were started in a code blue was called."

A review of the resident's progress Notes documented seventeen minutes later at 6:12 AM "revealed the Physician responded to a code blue for [the resident] in which cardiopulmonary resuscitation (CPR) was in progress" against the resident's wishes.

The nursing home "failed to ensure the privacy curtains provided full visual privacy, which included a total of two rooms on three halls." The surveyors noted during an observation that Room #60 on the long-haul "there is no privacy curtains for Bed B." Additional determinations were made in Room #15."

The surveyors discuss the issue with the Administrator who observed Room #60 on the long-haul. The Administrator reported "that the curtain could be pulled for Bed A to ensure privacy for Bed B, but later acknowledged that if someone were to walk into the room, privacy would not be assured for the resident in Bed B.

The facility "failed to provide safety interventions to prevent potentially elopement and falls for two residents." The surveyors reviewed the Incident Tracking Log for the previous three months and revealed that "there had been no elopements" (wandering away from the facility).

However, a review of a resident's Nurse's Notes "revealed a hospital staff and reported two facility staff that the resident "wandered away at 4:10 PM, the resident demonstrated exit-seeking behavior by standing at the door with her purse explaining she needed to go home and pay her bills [and] would not be staying at the facility."

Documents reveal that the resident "was not wearing a wander guard" that had been Physician ordered and wandered away from the facility and found outside of the building.

Do you believe that your loved one was the victim of abuse or neglect while living at Warm Springs Medical Center Nursing Home? Contact the Georgia nursing home abuse lawyers at Nursing Home Law Center at (800) 926-7565 for immediate legal intervention. We represent Meriwether County victims of abuse and neglect in all areas including Warm Springs.

Discuss your case with us now through an initial case consultation at no charge to you. Also, we offer a 100% "No Win/No-Fee" Guarantee. This promise means we postpone payment for our services until after we have secured monetary recovery on your behalf.