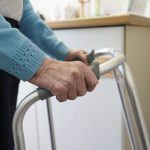 Like in many other states, residents of Virginia nursing homes fall down and injure themselves at an alarming rate. What might be even more shocking other than their frequency is their seriousness.

Normally, these are not simple accidents but complicated incidents that involve serious injuries, significant bills, and changed lives. Why do they happen?

Well, for all the normal reasons but also because nursing home residents are vulnerable.

They suffer from illnesses or old age and need extra precautions. Therefore, if homes don’t install proper equipment such as bed rails or employ enough personnel to watch over residents, then they may fall down and get hurt.

In the sections that follow, we have summarized some Virginia nursing home lawsuits to show you how important falls are and how these accidents normally turn into litigation. If you have any questions or if you have been involved in an accident like this, then call our offices right away.

In this Virginia dispute, a resident fell as he was getting ready for his day. He was in the middle of changing when he fell over his chair and injured himself. The damage was not serious but it still did require him to go the hospital.

Doctors had to set a bone that he broke in his arm and review him for other harms. Plus, they charted a course of rehabilitation for him so that the incident would not impair or impact his long -term health.

Thankfully, the treatments and prescriptions that the man was given worked to great effect. However, he still pondered a course of action to recover for the pain and bills that the fall created for him. After careful consideration, he chose to seek a legal route.

He sued the nursing home where the events occurred. His complaint was based in negligence. It articulated that the defendant home’s misconduct caused him injury and that it was required to pay him back for the costs that those injuries produced.

More specifically, he complained that the facility did not adequately monitor him or install procedures to prevent him from falling down and injuring himself. The defendant filed a reply failing to agree to these premises but we don’t know what to extent it truly could have fought the plaintiff’s because they settled approximately four months after the start of the case.

Here are some motivating factors that the defendant had to end the matter:

This incident had more to do with the complications than the actual instigating event. The affected resident was seventy years old and a former member of the armed services. During his time in that capacity, he injured his leg and hip.

Both of these injuries rendered him partially disabled and reduced his general mobility. When he was admitted to the nursing home where these events occurred, the facility made specific promises that it would take extra precautions to ensure his safety against particular problems that existed because of his limitations including falls.

As it turned out, the nursing home was not able to follow through on this promise. He fell on a number of occasions. The last incident was the most serious and required immediate medical attention. In fact, surgeons needed to redo a number of things that were done to him years before especially around his hip. This all came with great cost and pain.

To recoup some of this, he brought a nursing home lawsuit in Virginia against the facility where he was staying. He charged it with negligence and claimed damages in the range of hundreds of thousands of dollars.

The nursing home pointed to his medical bills as proof of his exaggerated claims; however, plaintiff’s counsel was adept at illuminating his advanced disability because of the falls. This allowed them to seek a settlement amount well beyond the tally of his final costs.

In the end, he received $300,000 in this Virginia nursing home settlement.

Here, a woman fell down off from her bed while nursing home staff for just a few feet away from her. Staff were preparing to transfer her do a different room right before she fell and were reportedly unable to prevent her from falling because of that distraction.

Whatever the case, she broke a rib and suffered other personal injuries because of the fall in this Virginia nursing home. With the aide and advice of her representatives, she filed a case against the facility for compensation.

After a certain amount of back and forth, both sides found a number that worked for them and settled the matter privately for the amount of $80,000 which was almost twice her claimed economic damages.

The woman that brought this nursing home lawsuit in Virginia fell out of her bed and then experienced a substantial decline in health. After employees found her lying on the floor, they brought her to the attention of emergency medical personnel.

However, her condition deteriorated rapidly. She suffered what doctors determined to be a heart attack. They also identified several other complications from the fall. She stayed in the care of the hospital for a long time after the event and eventually was transferred out of it to the care of a different nursing home.

These latter claims are so important because they are intangible and allow juries to award plaintiffs much more than finite and definitive costs. They were also persuasive and powerful because of her subsequent heart complications.

The defendant did not want to put this case to trial. It settled with the woman a little over one year after the suit began for over half a million dollars.

Read the Virginia nursing home lawsuit summaries we provide above then keep in mind these takeaways when reviewing the facts of your own incident:

Did Your Loved Suffer an Injury Due to a Fall in a Virginia Nursing Home?

If your loved one fell down and got hurt in a nursing home in Virginia or any other state for that matter, remember that we are here to fight for you! Attorneys at Nursing Home Law News stand up for residents when they are abused or mistreated.

It is the job of the nursing home to make sure you do not fall or otherwise injury yourself. If they don’t deliver for you, then we will. Just contact our offices and receive a free case evaluation. We will begin working for your recovery right away!