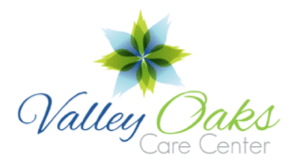 The state of Ohio and the Centers for Medicare and Medicaid Services (CMS) conduct routine investigations, surveys, and inspections of every nursing home statewide. Their efforts help to identify serious concerns, health violations, and deficiencies that require immediate improvement and correction.

In egregious cases, nursing home regulators will designate the Home as a Special Focus Facility (SFF) and add the Center to the national Medicare deficiency watch list. If changes are not made promptly, the facility could face monetary penalties and lose their contract to provide care and services to Medicare and Medicaid-funded patients.

In 2017, Valley Oaks Care Center was designated as a Special Focus Facility. Now that the SFF nursing home has been added to the watch list, they must make significant improvements in the months and years ahead. Likely, the facility will maintain its designation until surveyors and regulators are assured that any changes and improvements that maintain a resident’s health and well-being are permanent. Some of the concerns, violations, and deficiencies are detailed below.

This SFF Nursing Center is a ‘for profit’ facility providing services and cares to residents of Liverpool and Columbiana County, Ohio. The 99-certified bed Long-Term Care Nursing Home is located at:

The federal government and state of Ohio had the legal authority to impose monetary penalties against any nursing facility identified with health hazards, serious deficiencies, and violations. These fines are levied to encourage immediate changes and improvements to the level of care the nursing home provides residents.

In a summary statement of deficiencies dated March 22, 2017, the state investigator document at the facility’s failure “to ensure ongoing comprehensive assessment of the resident’s coccyx pressure ulcer were completed to properly identify a change in the condition of the ulcer.”

The state investigator also documented that the facility had a failure to “ensure a timely, comprehensive assessment for [the resident’s] facility-acquired right pressure ulcer.” This deficiency affected two different residents at the facility.”

In a summary statement of deficiencies dated February 9, 2017, the state investigator documented that the facility’s failure “to notify the physician and responsible party of new pressure ulcers for [two residents].” In one incident, “there was no documented evidence of a comprehensive assessment of these pressure ulcers was completed upon readmission including:

An interview with the Regional Nurse it was confirmed that “the nurses did not notify the physician for treatment orders when new pressure ulcers were discovered.” The Regional Nurse “verified the facility nurses should not be waiting for the Physician’s Assistant/Wound Practitioner to make weekly rounds to complete a comprehensive assessment of pressure ulcers including the ordering and provision of treatments.

In a separate summary statement of deficiencies dated April 2, 2016, the state surveyor documented the facility’s failure “to notify resident’s physician regarding multiple complaints of shortness of breath and request for transfer to the hospital over an eight-hour period.

The documentation indicates that the facility’s Physician and the Director of Nursing were notified and that the Licensed Practical Nurse “was advised to send the resident to the emergency room.” However, there was no documented evidence that the “resident’s physician was notified of her decline in condition and requests to be sent to the hospital [before] April 3, 2016, at 6:38 PM.”

In a summary statement of deficiencies dated February 9, 2017, the state investigator documented the facility’s failure “to ensure pressure ulcer prevention measures were in place, and pressure ulcers were assessed, monitored and treated.” The deficient practice affected three residents “reviewed for pressure ulcers.”

In a separate summary statement of deficiency dated January 19, 2017, the state investigator noted the facility’s failure “to ensure appropriate and timely wound care treatments and assessments for the resident” were performed. This deficiency by the nursing staff “resulted in actual harm when [the resident’s] Stage I right ankle pressure ulcer dressing was not changed for seven days and the wound deteriorated to unstageable. The facility failed to ensure timely assessment, monitoring, and interventions for [another resident]. This [deficiency] resulted in actual harm of [the resident’s] heel pressure ulcer [that] deteriorated to a Stage III” sore.

In a summary statement of deficiencies dated January 19, 2017, the state investigator documented the facility’s failure “to ensure an allegation of sexual abuse was immediately reported by facility staff to the Administration.” The incident involved a cognitively intact resident who revealed “on the morning of December 16, 2016, at approximately 2:00 AM, … [that] her significant other/roommate tried to inappropriately touch her.”

Documentation in the Reported Incident Report “indicated that at approximately 9:30 AM, [the Executive Director] was informed by [the resident’s] daughter of the [resident’s] allegation.” The report “indicated that after a thorough investigation, the facility concluded [that] sexual abuse did not occur. The facility’s investigation mirrored the summary of the incident included in the Self-Reported Incident Report.”

The resident stated that “he was fixing the blankets for [his roommate] when she woke up and began yelling at him.” The allegedly abusive resident told the roommate “to leave the room, and he did so immediately.” The Executive Director explained that “the facility determined it was a misunderstanding between both parties and that [the roommate] left the room as soon [the allegedly abused resident] asked him to leave.”

The investigator documented that the Executive Director acknowledged that the Licensed Practical Nurse providing care on the floor “did not notify the administration of the incident at the time [that] the incident occurred, per their policy.” The facility was reminded of their Mistreatment, abuse, neglect, and misappropriation of resident property policy dated August 2016 indicated that “all personnel must immediately report any incident or suspected incident of resident abuse or neglect, including injuries of unknown origin source and misappropriation of resident property.”

In a summary statement of deficiencies dated January 19, 2017, the state investigator documented that the facility had failed “to implement the policy when facility staff failed to immediately report to administration an allegation of sexual abuse against a resident.” This deficient practice was identified after reviewing the facility’s Mistreatment, Abuse, Neglect and Misappropriation of Resident Property Policy.

In a summary statement of deficiencies dated January 19, 2017, the state surveyor documented a facility failure. The deficiency involved a failure “to ensure [that a] resident, who was in hospice, was not left sitting in her wheelchair for extended periods of time and staff did not respond to the resident’s concerns of being cold.” The surveyor documented the facility also failed to “ensure the call light was within reach for [another] resident.”

In a summary statement of deficiencies dated January 19, 2017, the state surveyor documented the facility’s failure to “ensure falls were assessed, investigated and interventions were put into place to attempt to prevent further falls for [a resident].” The deficient practice by the nursing staff “affected one resident… reviewed for falls.”

The deficiency was identified after reviewing a resident’s February 28, 2016, Nursing Notes that revealed that the resident “came to the Licensed Practical Nurse and stated he fell to the floor from the wheelchair. He said he was not sure if he had a seizure, but he blacked out. The resident stated he it is said on the bed frame and complained of a pounding headache and said all of his muscles were aching.”

While neurological checks were initiated, and the physician was notified, the state investigator documented that “there was no investigation completed related to the fall to attempt to prevent further falls.”

In a summary statement of deficiencies dated January 19, 2017, the state investigator documented the facility’s failure “to ensure appropriate infection control practices were maintained during the provision of incontinence care for [a resident].” This deficient practice by the nursing staff affected one resident “observed during incontinence care.”

During observation of the Nursing Assistant providing incontinence care, it was revealed that the assistant did not follow standard procedures to ensure the prevention of the spread of infection and bacterial/contamination from the rectal area to the front.

In a summary statement of deficiencies dated September 1, 2016, the state investigator documented the facility’s failure “to accurately and comprehensively assess a safety device for use as a restraint.” The incident involved a cognitively intact resident who “requires the extensive assistance of two or more for bed mobility, transfers, ambulation, dressing, and toileting. He had [an] unsteady bounce, limited range of motion of one side of the upper and lower extremities, had no restraints and had two or more falls since admission …with one minor injury.”

Observation of the resident revealed that he sits “in a reclining wheelchair with the lift pad beneath him and … the cushion on the seat of the wheelchair. He was in an upright position, [and] had a padded belt in place across his pelvic area and tied to the back of the wheelchair.” The surveyor documented that the resident “had a weak voice and was hard of hearing.”

The state investigator interviewed the facility Director of Nursing and Executive Director who “verified the pelvic tilt belt was not accurately assess for use as a restraint.”

Need a Lawyer to File a Nursing Home Abuse Claim?

If you believe that your loved one suffered abuse, mistreatment or neglect while they were a patient at Valley Oaks Care Center (SFF), or any facility, call a personal injury attorney now. Having a law firm work on your behalf can ensure your family is adequately compensated to cover monetary damages. Your lawyer can file a claim, gather evidence, hire investigators, and build a solid case for financial recompense.

Personal injury attorneys who specialize in nursing home neglect and medical malpractice cases work through contingency fee arrangements. These agreements allow the payment postponement of legal fees which are paid only after the attorneys have negotiated an out of court settlement on your behalf or have successfully resolved your recompense case in a court of law.