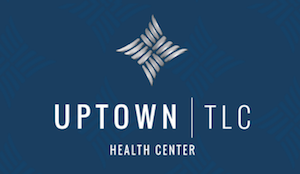 Mistreatment occurring in a nursing home is often the result of the nursing staff, doctor, employees, caregivers or contract professionals failing to follow established standards of care. Typically, these victims are harmed, injured or die unexpectedly through wrongful death. Other times, the victim is physically, mentally, emotionally or sexually assaulted by other patients.

If your loved one was mistreated while residing in a Cook County nursing facility, contact the Illinois Nursing Home Law Center lawyers for immediate legal intervention. Our team of attorneys has successfully resolve cases exactly like yours, and we can help your family too. Let us begin working on your case today to ensure you receive adequate monetary compensation for your damages.

This Medicare/Medicaid-participating nursing facility is a "for profit" home providing services to residents of Chicago and Cook County, Illinois. The 310-certified bed long-term care center is located at:

In addition to providing 24/7 skilled nursing care, Uptown Health Center offers other services that include:

Both the federal government and the state of Illinois can impose monetary fines or deny payments through Medicare of any nursing facility that has been found to have violated the established nursing home rules and regulations. Within the last three years, nursing home regulators imposed a monetary fine of $7150 against Uptown Health Center on June 29, 2017, due to substandard care.

Also, the facility received twenty-five formally filed complaints and self-reported two serious issues that all resulted in citations. Additional information concerning penalties and fines can be reviewed on the Illinois Department of Public Health Nursing Home Reporting Website about this nursing facility.

Our attorneys obtain and review data on all Illinois long-term care home from various online publically available sources including the IL Department of Public Health website and Medicare.gov. The information serves as an essential tool when making an informed decision when placing a loved one in facility-care to identify opened investigations, safety concerns, incident inquiries, dangerous hazards, filed complaints, and health violations. Additionally, the data can help families better understand the type of care their loved one is currently receiving at the care center.

In a summary statement of deficiencies dated December 21, 2017, a state surveyor team noted the nursing home's failure to “follow its policies and procedures related to handwashing and failed to remove respiratory equipment that belongs to another resident in one of the resident’s rooms. This deficiency potentially affects one resident at the facility.”

The third resident “was on contact isolation precautions for a Clostridium difficile infection” a highly contagious bacterial infection common in nursing facilities.”

In a separate summary statement of deficiencies dated November 16, 2017, the state investigative team noted that the nursing home “failed to have staff members remove gloves and wash their hands after providing a resident direct care according to the facility’s policy. This [failure] has the potential to affect one of four residents reviewed for infection control.”

The CNA then cleaned the resident’s “genital area using a soapy washcloth, then rinsed and dried the area.” Both CNAs then turned the resident to the left side and while “using the same gloves, [one CNA] removed the soiled bed linens.” Then, a CNA “started putting on new and clean bed sheets, bottom pad and incontinence brief on [the resident].”

Using soiled gloves, the CNA “put on a new gown on [the resident] while the other CNA helped.” The CNA “was also observed taking a bag of dirty sheets to the soiled cart, then, washed [the resident’s] basin under running water [while still wearing] the same gloves. There was no gloves removal, and handwashing observed [on the CNA] during the entire provision of morning care [on the resident].

In a summary statement of deficiencies dated November 16, 2016, the state surveyors noted that “the facility failed to ensure that an effective pest control program was implemented to keep the facility free of crawling and flying pests.” This failure applies to three residents “reviewed for pest control.”

The state investigative team interviewed the Housekeeping Manager on the afternoon of November 15, 2016, who stated “we have been dealing with pest issues since I started working here, but I think, even before I started here, this facility had issues with pests. The treatment is not effective; we need to be more aggressive.”

The investigative team reviewed the Pest Control Service Infection and Treatment Reports between August 2016 and February 11, 2016, that indicates that the facility “had been treated once weekly for roaches.”

In a summary statement of deficiencies dated November 16, 2016, the state investigators documented that the facility had failed to “have staff available in an area to monitor and supervise dementia care residents to prevent potential incident and accident from occurring.” This deficiency by the nursing staff applies to “fourteen supplemental residents observed on the facility’s dementia care unit.”

During an initial tour with a nursing supervisor, the surveyors asked the employee “to describe each floor in the facility and the type of residents that were on each [floor].” The Nursing Supervisor “stated that the fifth floor was designated as their dementia floor with mostly confused residents and some residents that were of Asian descent.”

The surveyor asked the RN “the type of residents that were on the floor.” The RN explained that “there were mostly confused dementia patients.” When asked “if any residents were at risk for falls? The RN responded, “Well, most of these residents on the floor are fall risks and have a history of falls too.”

The surveyors noted that there were eleven residents “left unattended and sitting on both sides of the hallway. Two other residents were left in the day room after their lunch as [another resident] was wandering around the unit unattended and unsupervised with only [one CNA] present on the unit to supervise all fourteen dispersed residents.”

In a summary statement of deficiencies dated June 13, 2018, the state investigators documented that the facility had failed to “identify the development of pressure ulcers on both ears and nose and provide their treatment.” The nursing home also failed to “develop and implement goals and individualized interventions for pressure ulcer prevention and management. These failures affected one resident reviewed for wounds.”

The survey team interviewed the Wound Care Coordinator in the conference room who stated that the resident “did not have any wounds because [if the resident] had wounds, it would be referred to [them] for evaluation.”

Two days later, the Wound Care Coordinator “provided wound care treatment for [the resident].” The nurse “removed the foam dressing and [the resident] had a 1.5 cm x 0.5 cm x 0.1 cm wound to the right ear.” The Wound Care Coordinator initially stated that they were unaware that the resident “had any wounds during re-admission. The wound on the right ear is a pressure ulcer caused by oxygen tubing. I was not aware of any wounds [for the resident before] hospitalization.”

Were You Injured at Uptown Health Center? We Can Help

Do you believe your loved one has suffered serious injuries or died prematurely while living at Uptown Health Center? If so, contact the Illinois nursing home abuse attorneys at Nursing Home Law Center at (800) 926-7565 today. Our network of attorneys fights aggressively on behalf of Cook County victims of mistreatment living in long-term facilities including nursing homes in Chicago. Contact us now to schedule a free case review to discuss how to obtain justice and resolve a financial compensation claim.

Our team of skilled senior resident injury attorneys can assist your family and successfully resolve your case for financial recompense against all parties including the facility, doctors, nurses, and staff members that caused your loved one’s harm. We accept all cases of wrongful death, nursing home abuse, and personal injury through a contingency fee arrangement. This agreement will postpone the need to make a payment for our legal services until after our attorneys have resolved your case through a jury trial award or negotiated out of court settlement.

Our network of attorneys offers every client a “No Win/No-Fee” Guarantee, meaning if we are unable to resolve your case successfully, you owe us nothing. Let our team begin working on your case today to ensure you receive adequate compensation. All information you share with our law offices will remain confidential.