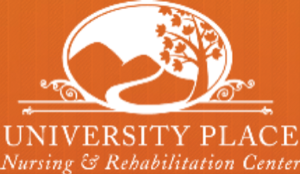 Relocating an elderly loved one into a nursing facility is often the toughest decision a family can make. Many times, the family will perform extensive research in the hopes of finding the most comfortable and safest environment. Unfortunately, the incident rate involving mistreatment occurring in nursing homes throughout North Carolina has risen significantly over the last few years.

If your loved one was harmed while living in a Mecklenburg County nursing facility, contact the North Carolina Nursing Home Law Center Attorneys now for immediate legal intervention. Let our team of abuse prevention lawyers work on your family’s behalf to ensure you receive monetary compensation from recovering your damages.

This long-term care facility is a 207-certified bed “for-profit” home providing services and care to residents of Charlotte and Mecklenburg County, North Carolina. The Medicare and Medicaid-participating center is located at:

Both the federal government and the state of North Carolina can impose monetary fines or deny payments through Medicare of any nursing facility that has been found to have violated the established nursing home rules and regulations.

The nursing home received eleven complaints over the last three years that resulted in a violation citation. Additional information concerning the facility can be reviewed on the comprehensive North Carolina Department of Health and Human Services Adult Protective Services Website.

To be fully informed on the level of care nursing homes provide, families routinely research Medicare.gov and the North Carolina Department of Public Health website database systems for a complete list of deficiencies, violations, and citations.

The state investigators determined the nursing home " failed to monitor a severely cognitively impaired resident, who wandered into an outdoor courtyard and sat in 90° sun without shade or fluids.” The resident “was found slumped over to the side of his chair was not responsive to caregivers.” The nursing staff sent the resident “out to the emergency department where he was treated.”

The resident was “hospitalized, stabilized, and returned to the facility four days later.” The surveyors determined that an Immediate Jeopardy situation began “when the facility failed to maintain a safe environment, as evidenced by a severely cognitively impaired resident exiting the dining room door in the courtyard and was discovered approximately seventy-five feet from the door , 1.5 hours later in the direct sunlight without supervision.”

The resident’s medical record written by a nurse indicated that the “resident was alert and wheeling [their] self around during the morning.” The resident was noted to be outside around 11:00 AM, in his wheelchair. At approximately 12:28 PM, the resident “was still outside and assisted back into the building by [two Nurse Aides], due to being less responsive. The resident was dressed in a T-shirt, sweatshirt, and sweatpants and his temperature was noted to be increased, with a decreased pulse.”

One nurse stated, during an interview, that she remembered the resident self-propelling his wheelchair out to the hallway that morning but was not aware of what happened until the two Nurse Aides summoned her to assess the resident after being [out in] the sun. The nurse stated that the resident came in from outside and “was hot to the touch and unresponsive, except to painful stimuli.”

Were you the victim of mistreatment, neglect, or abuse while living at University Place Nursing and Rehabilitation Center? Contact the North Carolina nursing home abuse prevention lawyers at Nursing Home Law Center at (800) 926-7565 for immediate legal intervention. We represent Mecklenburg County victims of abuse and neglect in all areas, including Charlotte.