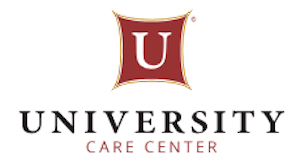 Locating the ideal nursing facility in your local community can be a challenging problem for any family member who is searching for the best health care assistance for a loved one who needs the services of a nursing home. Unfortunately, abuse and neglect are serious problems occurring in caregiving facilities across the United States. In many cases, the family remains unaware that their loved one has been mistreated, abused or neglected until a dangerous issue arises.

If your loved one was mistreated while residing in a Madison County skilled nursing home, contact the Illinois Nursing Home Law Center attorneys for immediate legal intervention. Our team of Chicago nursing home lawyers has successfully resolved cases just like yours and can help your family too. Let us begin working on your case now to ensure your family is adequately compensated for your damages.

This facility is a 118-certified bed "for profit" long term care home providing services and cares to residents of Edwardsville and Madison County, Illinois. The Medicare/Medicaid-participating long-term care (LTC) center is located at:

In addition to providing long-term skilled nursing care, University Nursing and Rehabilitation Center offers other services that include:

The investigators working for the state of Illinois and the federal government have the legal authority to impose monetary fines and deny payment for Medicare services if the nursing home has been cited for serious violations of established regulations and rules. Within the last three years, state and federal nursing home regulatory agencies imposed a monetary fine of $3263 against University Nursing and Rehabilitation Center on January 24, 2017, due to substandard care.

Also, the facility received ten formally filed complaints and self-reported one serious issue that all resulted in citations. Additional information concerning penalties and fines can be reviewed on the Illinois Department of Public Health Nursing Home Reporting Website about this nursing facility.

In a summary statement of deficiencies dated February 28, 2018, a state surveyor noted the nursing home's failure to “perform adequate hand hygiene during care to prevent the spread of infection for four residents reviewed for infection control practices.”

The state survey team observed two Certified Nursing Assistants (CNAs) providing incontinent care to a resident on February 20, 2018. Before providing the care, the CNAs “washed their hands and donned gloves.” One CNA washed the resident’s “right and left groin area from front to back, spread the labia on both sides, washed front to back, and dried each area then replaced her gloves without washing her hands.”

“The use of gloves does not replace handwashing/hand hygiene. Integration of glove use along with routine hand hygiene is recognized as the best practice for preventing healthcare-associated infections.”

In a separate summary statement of deficiencies dated January 24, 2017, the state investigator noted that the facility had “failed to perform hand hygiene and clean contaminated surface is to prevent the spread of infection.” The deficient practice by the nursing staff involved two of thirteen residents “reviewed for infection control.”

Observations were made of a Certified Nursing Assistant (CNA) transferring a resident “to the toilet. The CNA wore only a glove on her right hand with none to her left hand during perineal care. After performing perineal care to [the resident, the CNA] touched the toilet paper receptacle to allow for more toilet paper to dispense with the soiled gloved hand.”

The CNA pulled up the resident’s “undergarment and pants without removing the soiled gloves.” The CNA “ removed the gloves and failed to wash hands [before transferring the resident] to a recliner.” The surveyors interviewed the facility Director of Nursing who stated that “all staff is required to wear two gloves with incontinence/peri-care and not contaminate surfaces.”

In a summary statement of deficiencies dated January 24, 2017, the state investigators documented that the facility had failed to “identify, assess, timely treat, and reposition residents for pressure ulcer prevention and the healing of four of seven residents reviewed for pressure ulcers.”

In a separate summary statement of deficiencies dated July 23, 2018, the state surveyors noted that the nursing home “failed to provide dressing to pressure sores for one of four residents reviewed for wound care and dressing changes.”

During an interview with the facility Nursing Supervisor, it was revealed that “she would expect wounds and pressure sores to be covered with a dressing and changed as needed.” The survey team reviewed the facility’s policy titled: Pressure Ulcer Treatment dated October 20, 2005, that reads in part:

“The purpose is to ensure that every resident that has a pressure ulcer receives the necessary treatment and services to promote healing, prevent infection and prevent new ulcers from developing.”

“The policy documents daily an ‘as needed’ observations will be made by a licensed nurse if the dressing remains intact and dressing change is not indicated.”

In a summary statement of deficiencies dated January 24, 2017, a state surveyor documented that the facility had failed to “provide safe transfers that affect the fall prevention measures and interventions for three of eleven residents reviewed for falls.”

One incident involved a resident who “had a slow response and speech pattern while casually talking with a tablemate.” The resident “was alert and oriented to person, place and time.”

On January 19, 2017, “an attempt was made to observe the transfer via a ‘sit to stand’ mechanical lift, but [was refused by the cognitively intact resident] who stated, ‘I want to stay up.’” The notation dated January 11, 2017, reveals that the patient “had the following diagnoses, in part as Muscle Weakness, and Urinary Tract Infection and Transit Ischemic Attack (TIA).”

The resident’s Medical Records indicate that the patient “had a balanced deficit that required physical assist with balance.” The Nurse’s Note dated January 4, 2017, revealed: “Called to the resident’s room, noted the resident lying on the floor, ‘sit to stand’ lift in the room.”

The document stated that a CNA stated that the resident “did not hit her head. The resident was very confused, did not know why she was in the lift. No apparent injuries noted. The resident is confused. The left pupil was not responding. Complaints of lips being numb, nausea, dry heating, no emesis [vomiting].”

The survey team reviewed the facility Incident/Accident Report dated January 4, 2017, that shows that the resident “fell from a ‘sit to stand’ mechanical lift out to her back during a one-assist transfer.” Under Nurse Investigation of Accident/Incident, it was documented “what do you think contributed to the fall? The resident let go of the lift.” The documentation shows that the fall occurred because of the wheelchair.

The report shows that the CNA was getting the resident “off the toilet with a ‘sit to stand.’ She started to sit down then put her arms up in the air and sat all the way down; she did not hit her head on the ground, she held it up. I think she did [that] on purpose. I was the only one in the room. It documented [that the resident] was sent to the hospital.”

Want More Information About University Nursing and Rehabilitation Center? Our Lawyers Can Help

Do you believe your loved one was neglected, abused or mistreated while living a resident at University Nursing and Rehabilitation Center? If so, call the Illinois nursing home abuse and neglect lawyers at Nursing Home Law Center at (800) 926-7565 now. Our network of attorneys fights aggressively on behalf of Madison County victims of mistreatment living in long-term facilities including nursing homes in Edwardsville. Contact us now to schedule a free case review to discuss how to obtain justice and resolve a financial compensation claim.

Our reputable attorneys working on your behalf can successfully resolve your nursing home abuse victim case against the facility and staff members that caused your loved one harm. We accept every case involving nursing home neglect, wrongful death, or personal injury through a contingency fee agreement. This arrangement will postpone the need to make a payment for our legal services until after our attorneys have resolved your case through a jury trial award or negotiated out of court settlement.

Our network of attorneys offers every client a “No Win/No-Fee” Guarantee, meaning if we are unable to resolve your case successfully, you owe us nothing. Let us begin working on your case today to ensure your family is adequately compensated for the damages that caused your harm. All information you share with our law offices will remain confidential.