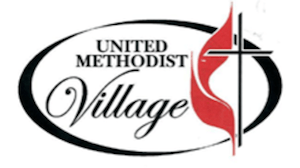 Families throughout Illinois place the care of their loved one in the hands of caregivers at nursing facilities to ensure they receive the highest level of hygiene assistance and medical treatment. However, when the establishment fails to provide adequate supervision, care, and oversight, the resident can be harmed by a dangerous employee or another patient through neglect and abuse.

The Illinois Nursing Home Law Center attorneys have represented many Lawrence County nursing home residents who were harmed while residing in a nursing facility, assisted living home, or rehabilitation center. If your loved one has been mistreated at The United Methodist Village Nursing Home , contact our Chicago nursing home abuse lawyers today so we can begin working on your case to ensure your family is adequately compensated for your damages.

This facility is a "for profit" center providing services to residents of Lawrenceville and Lawrence County, Illinois. The Medicare/Medicaid-participating 143-certified bed long-term care (LTC) home is located at:

Both the state of Illinois and federal agencies penalize nursing homes by denying reimbursement payments from Medicare or imposing monetary fines anytime the facility is cited for a severe violation of established regulations and rules that harm or could harm residents.

Within the last three years, nursing home regulatory agencies levied to monetary penalties against the United Methodist Village Nursing Home due to substandard care. These penalties include a $6500 fine on August 14, 2017, and a $13,679 fine on December 12, 2017, for a total of $20,179. Also, the facility received five formally filed complaints that all led to citations. Additional information about penalties and fines can be found on the Illinois Department of Public Health Nursing Home Reporting Website concerning this nursing facility.

Information on every intermediate and long-term care home in the state can be reviewed on government-owned and operated database websites including the Illinois Department of Public Health and Medicare.gov. These regulatory agencies routinely update the comprehensive list of safety concerns, health violations, opened investigations, filed complaints, dangerous hazards, and incident inquiries on facilities statewide.

In a summary statement of deficiencies dated December 12, 2017, the state investigators documented that the facility had failed to “identify fall hazards, analyze the cause of multiple falls, and failed to implement, monitor and modify interventions to prevent further falls and injury.” The surveyor stated that these “failures led to multiple falls resulting in a right proximal humerus fracture with displacement, worsening of the fracture, pain and subsequent surgery.”

The investigative team reviewed a resident’s Care Plan for Fall Risk initiated on September 11, 2017. The document reveals that the resident “is a high risk for falls, do to gait/balance problems and a history of frequent falls.” Before the resident’s “frequent falls beginning on December 20, 2017, a Nursing Progress Note dated August 5, 2017, at 9:33 AM documents [that the resident] is content of bowel and bladder, toilets self and ambulates about the facility with a rolling walker.”

On December 4, 2017, the resident “was in her room, seated in a wheelchair with her right arm in a sling.” The resident “indicated that she had a fall in the dining room several weeks ago that led to a fracture and surgical repair.”

A review of the resident’s nursing progress notes dated November 18, 2017 shows of the resident had fallen “in the dining room. Further notes from the 18th indicate that [the resident] had increase pain to the right side [that was drooping, and] was sent to the emergency room and was found to have a proximal humerus [fracture] with displacement.”

The doctor’s referred the resident “to an orthopedic clinic.” However, further falls occurred on November 23, 2017, at 12:30 PM and again on November 24, 2017, at 4:13 PM.” A Progress Note dated November 28, 2017, shows that the resident “has received new orders to have surgery on December 1, 2017, to repair her right humerus fracture.” A subsequent Progress Note from the same date explained that the resident “had returned from the orthopedic visit with new orders relating to [her] right humerus fracture becoming worse since the November 18, 2018 fall.

One fall document dated December 20, 2017, at 11:55 AM shows that the female resident “was walking with a four-wheeled walker and while attempting to sit down, the walker moved.” The resident’s Care Plan on that date shows that “the fall was related to poor balance and an unsteady gait. The intervention included “resident education, [the resident] was reminded to lock her walker [before] sitting down.”

Another fall documented on September 1, 2017, shows that the resident “was walking to a table in the dining room, started to feel dizzy, lost balance and fell onto her buttocks. The intervention documented was to monitor the resident when dizziness, and resident education to sit down and dizzy and asked for help. The fall was not Care Planned.”

In a separate summary statement of deficiencies dated January 31, 2017, the state survey team noted that the facility “failed to provide supervision, assistance and an environment gree of thermal fluid hazards for one resident reviewed for supervision/accident hazards.”

The survey team observed the resident getting “up from a wheelchair with a pressure alarm sounding to refill her coffee mug at the beverage center in the main dining room just before noon on January 26, 2017.” The surveyors say that “there was no facility staff in the area at the time of the observation.” The resident “stood at the coffee machine and was observed to have difficulty standing and replacing the lid of her coffee mug.”

During the observation, as the resident “was finishing the refilling process, [a Dietary Aide] came from the kitchen to assist [the resident who was helped] away from the beverage center to the table. The coffee and hot water dispensed from the coffee machine was tested with the surveyor’s digital thermometer” at that time. The coffee temperature measured at “164°F and the hot water was 158°F.”

The investigators reviewed the severely, cognitively impaired resident’s Computerized Medical Record that revealed that the resident had had previous falls at the facility.” The medical record documents and Nursing Notes between November 21, 2016, and January 2, 2016, reveals that the resident “has a personal alarm but will continue to get up from the wheelchair without assistance.”

The survey team reviewed the facility’s policy titled: Environmental Safety dated May 8, 2005, that reads in part:

In a summary statement of deficiencies dated January 31, 2017, the state surveyors documented that the facility had failed to “operationalize its Abuse Policy by failing to report an allegation of abuse immediately to the Administrator, permitting a Registered Nurse (RN) to remain on duty after potential incidents of abuse and delaying the investigation of alleged abuse for two residents.”

The state investigative team reviewed the facility report sent to the Illinois Department of Public Health (IDPH) dated January 17, 2017.” The report reveals that a Certified Nursing Assistant (CNA) reported to the Registered Nurse (RN) five days earlier on January 12, 2017, at 7:30 PM “that she had witnessed verbal abuse [involving] two different residents” by a Registered Nurse (RN). The report indicates that the Administrator “was notified, yet the notification date and time are not documented. The report states that [the RN] was suspended pending investigation yet failed to document the date and time that the suspension and investigation were initiated.”

The surveyor stated that according to documents, the abuse was reported to another Registered Nurse indicating that the allegedly abusive Registered Nurse “was being rude to [two residents] at 3:00 PM on December 20, 2017.” The reporting Registered Nurse contacted the Director of Nursing at 7:30 PM that day about “the allegation of abuse.”

Documentation shows that the Administrator “was notified” the following day at 7:00 AM and that [the investigation] began” that day.” Twelve days later, the Administrator said, “that she found the note under her office door regarding the incident of alleged abuse on January 13, 2017, when she first came in for work.”

The Administrator confirmed that they “should be notified of any abuse allegations immediately and the investigation should be initiated immediately.” The investigative team reviewed the facility’s policy titled: Resident Abuse and Neglect that was revised on December 16, 2014, that reads in part:

“Should an incident or suspected incident of resident abuse, mistreatment, neglect or injury of unknown source occur, it shall be immediately reported to the Administrator.”

Do You Have More Questions about The United Methodist Village Nursing Facility? We Can Help

Do you suspect that your loved one has suffered injury or harm while living at United Methodist Village? If so, call the Illinois nursing home abuse and neglect lawyers at Nursing Home Law Center at (800) 926-7565 today. Our network of attorneys fights aggressively on behalf of Lawrence County victims of mistreatment living in long-term facilities including nursing homes in Lawrenceville. Contact us now to schedule a free case review to discuss how to obtain justice and resolve a financial compensation claim.

For years, our attorneys have successfully resolved nursing home abuse cases just like yours. Our experience can ensure a positive outcome in your claim for compensation against those that caused your loved one harm. We accept every case concerning wrongful death, nursing home abuse, and personal injury through a contingency fee agreement. This arrangement will postpone payment of our legal services until after our lawyers have resolved your case through a negotiated settlement or jury trial award.

Our network of attorneys offers every client a “No Win/No-Fee” Guarantee, meaning if we are unable to resolve your case successfully, you owe us nothing. We can begin working on your case today to ensure your family receives monetary recovery for your damages. All information you share with our law offices will remain confidential.