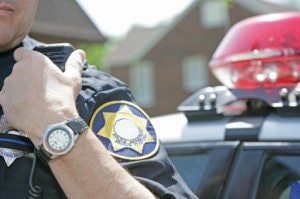 Two women from Northbrook, Illinois are facing criminal elder abuse charges after an autopsy found that their father, Werner Bernhard, 83, died as a result of neglect.

Police first became alerted to Mr. Bernhard’s situation after responding to a call at Lisa Bernhard’s home on March 16. According to a Northbrook Police press release, Mr. Bernhard showed “obvious signs of neglect” at the time, including several severe bed sores. The Cook County State’s Attorney’s office reportedly said that Mr. Bernhard had been lying on the floor for at least a week when police discovered him.

“There were indications of neglect at the scene, so we started an investigation immediately”, Northbrook Detective Sgt. Dan Strickland reportedly said. “The first thing we did was make sure he was overseen by organized caregivers”.

The Tribune didn’t specify the type of care Mr. Bernhard received up until his death, though other sources report that he spent four months in nursing homes. The coroner’s report said that Mr. Bernhard died from sepsis (a severe blood infection) as a result of a fall.

According to an obituary in HuffingtonPost.com, Mr. Bernhard was remembered as a “gentle giant” who worked for more than forty years at a local high school.

“He lived the golden rule, his heart was as big as Texas, and he did things with humility and without selfishness”, said Blaine Royer, who worked as assistant principal during Bernhard’s time at Glenbrook North High School in Northbrook. “I’m hoping he’s enjoying peace, because he found peace at work”.