Lawyers for Abused & Mistreated at Tomah Nursing and Rehabilitation Center

There are significant problems involving mistreatment occurring in nursing facilities nationwide. Typically, a lack of quality care often results from untrained nursing staff, minimal supervision, or insufficient staffing on each shift. In these incidents, the patient’s needs are often ignored. This neglect can cause broken bones due to falling, or the development of preventable bedsores.

If your loved one was injured while residing in a Monroe County nursing facility, contact the Wisconsin Nursing Home Law Center Attorneys now for immediate legal assistance. Let our team of lawyers work on your family’s behalf to ensure you receive monetary compensation for your damages. We can begin working on your case today.

This long-term care facility is a 74-certified bed "for profit" home providing services and cares to residents of Tomah and Monroe County, Wisconsin. The Medicare and Medicaid-participating center is located at:

Wisconsin and Federal investigators have the legal authority to penalize any nursing home with a denied payment for Medicare services or a monetary fine when the facility is cited for serious violations of established regulations and rules the guarantee resident safety.

The nursing home also received seven complaints over the last three years that resulted in a violation citation. Additional documentation about fines and penalties can be found on the Wisconsin Department of Health Services - Residential Care Website.

The state of Wisconsin and Medicare.com routinely update their comprehensive list of deficiencies online to reflect all violations

According to state surveyors, “the facility failed to immediately inform the resident, consult with the resident’s Physician, and notify, consistent with his or her authority, the resident’s representatives when there is a significant change in the resident’s physical, mental, or psychosocial status.”

The investigation involved a review of a resident’s “medical record that showed the facility identified an open area to her buttocks on December 7, 2017; and did not attempt to consult the Physician until December 10, 2017, with a fax.” The facility “did not ensure the family was updated when [the resident’s] lab was discontinued and when reordered, the facility did not update with results.”

The nursing home “did not provide an environment which residents were free from neglect (failure to provide goods and services to a resident that are necessary to avoid physical harm, pain, mental anguish or emotional stress) or verbal, mental and physical abuse.”

The deficient practice by the nursing staff “prevent residents from reaching their highest practicable level of physical, mental, and psychosocial well-being in resulted in psychosocial harm (embarrassment, humiliation, degradation) and pain for [four residents].”

In one case, the resident “indicated that she has had to wait for [forty-five minutes] to be assisted to the bathroom, causing her to be incontinent.” The resident indicated that “she has reported allegations of abuse and neglect to management and other staff and is now afraid of retribution if she brings up concerns.”

The resident stated that “it makes me feel like crap like I was not worth anything. It bothers the hell out of me and other people. It is like they are degrading us.” The resident indicated that “she is wet her pants waiting for assistance and stated this used to embarrass her.”

Abused at Tomah Nursing and Rehabilitation Center? Our Attorneys Can Help

Do you suspect that your loved one suffered injury or died prematurely while living at Tomah Nursing and Rehabilitation Center? Contact the Wisconsin nursing home abuse attorneys at Nursing Home Law Center at (800) 926-7565 for immediate legal intervention. We represent Monroe County victims of abuse and neglect in all areas including Tomah. 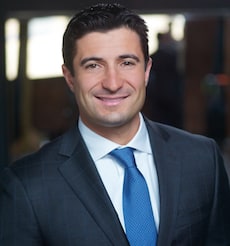