To the Sea: Doctors Looking to Fish Proteins to Heal Pressure Ulcers 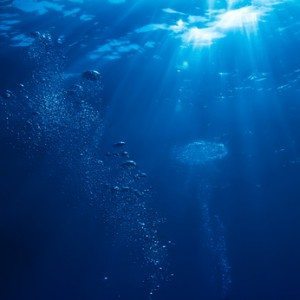 Anyone that has spent time in a hospital or visited someone spending a prolonged time in a hospital understands the issue of pressure sores, also known as bedsores or pressure ulcers. These are skin and tissue injuries that result when an area of the body has received extended pressure. This problem normally accompanies parts of the body that are bony such as knees, ankles, hips or heels. Due to the source of this injury, those most prone to risk of its development are people that cannot move around a lot and are confined to a bed or wheelchair.

One of the real problems with pressure sores is that they can develop so quickly, and once identified they are hard to treat and control. A study by the National Center for Health Statistics states that approximately ten percent (10%) of all nursing home residents have this injury. Further, only thirty five percent (35%) of nursing home residents with sores stage two or higher receive specialized care. This leaves a big gap to fill. Clearly, more needs to be done to fix this blight that is becoming too common.

The legal community has stepped up by offering its services to victims in needs. In fact, it has become the number one reason nursing home residents bring lawsuits. Often times, the mere existence and extension of this injury in patients only occurs due to the negligence of their medical providers-a wrong that can be righted in court. Of the millions of people that experience this problem yearly, lawyers have been able to bring thousands of cases on their behalf and help to bring settlements for individuals between $50,000 and $4 million (see here for more info on bed sore lawsuits).

However, sometimes solutions come from the unlikeliest of places, and here: from the sea. Medical providers have been experimenting with collagen from the bladders of fish to treat pressure sores. It acts as a “scaffold” to help build and maintain new tissue; additionally, it can be applied in many forms and is biodegradable which means it cannot be removed due to improper wound dressings. Many people may already have come in contact with these animal products because they are often used to reduce the opacity in wine. Yet, they do come with traditional objections (religious and cultural) to the use of animal parts, especially with pig collagen.

Yet, they are being found to help skin disorders such as Epidermolysis Bullosa (EB), diabetic ulcers, and as mentioned above, the general conditions of pressure sores. This treatment is even receiving recognition in the academic community, as its anecdotal successes become documented and examined in an effort to solidify its medical benefits. This momentum has not yet translated into universal acceptance and approval by the medical community, but comments suggest this may soon be the case, as the National Health Service of the UK labeled it “emerging innovative thinking that may have the potential to form future programmes of work.”