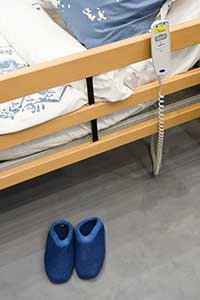 A former patient at Beaumont’s Memorial Hermann Baptist Hospital has sued two of the hospital’s doctors, claiming that they delayed treatment and caused unnecessary complications, including a stage 3 bed sore.

According to the Southeast Texas Record, Ronald Lee Phillips, Sr. was admitted to Memorial Hermann on Oct. 29, 2006, for two consecutive seizures. The Record reports that his doctors, Dr. Darella Cooper and Dr. Jeffrey Klem, were informed of his symptoms in the evening, yet delayed seeing Mr. Phillips until the next morning.

“At some point after admission, {Dr. Klem} was informed of Mr. Phillips’ condition, which indicated a potential heart attack”, the suit states. “However, Dr. Klem failed to respond in a timely manner, and delayed seeing {Mr. Phillips} for several hours”.

During the evening, Mr. Phillips suffered a heart attack, which resulted in severe physical and mental injuries, the suit states. Mr. Phillips remained a patient at Hermann Baptist until mid-November 2006. Throughout his stay, Mr. Phillips developed a stage 3 decubitus ulcer, as well as a staph infection, according to court records.

Texas law states that plaintiffs may sue for up to $250,000 in medical malpractice cases.